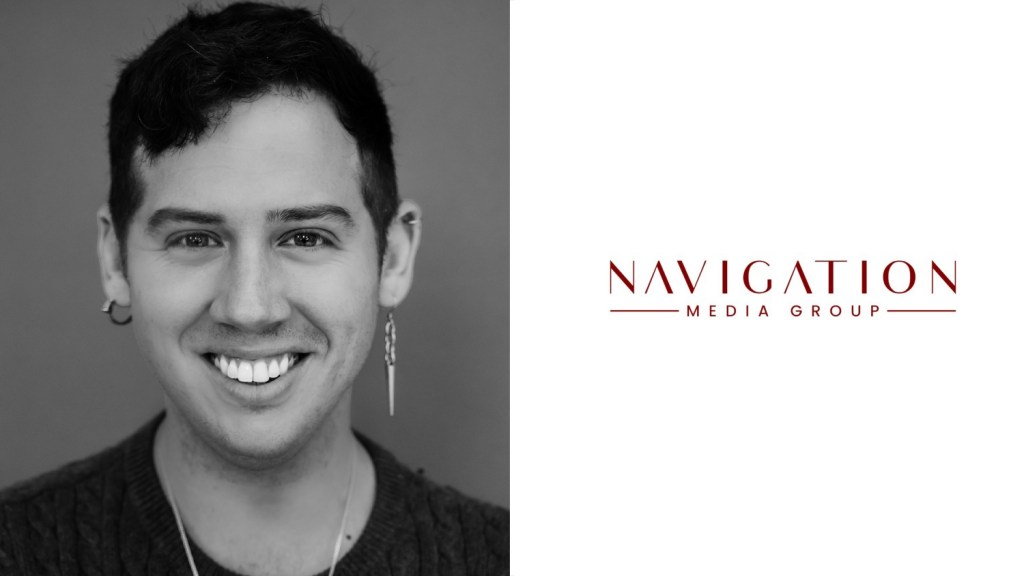 EXCLUSIVE: The management and production firm Navigation Media Group, repping creators in film and television, is expanding with the addition of Kegan Schell as Literary Manager.

Schell is a passionate advocate for queer and underrepresented talent who, at Navigation, will work with a broad range of creators in the horror and genre space. He joins from Echo Lake Entertainment, where he worked for six years. It was there that he first came to connect with Navigation’s co-founder, James Engle, while working as his assistant.

Schell brings with him a list of clients that includes Tom Hanada (Motherland: Fort Salem), Jess Carson (The Flash), Meredith Kecskemety (The Legend of Vox Machina), Alyssa & Griffin Devine (Portals), Todd Stephens (Swan Song) and Addison Heimann (Hypochondriac). While Navigation is headquartered in Los Angeles, with teams in both L.A. and Vancouver, Schell will be the first member of the company to work out of New York.

Said Engle and his Navigation co-founder Ben C. Silverman: “Kegan’s vision for his clients, dedication to their success, and work ethic are unparalleled. We are proud to have him and his incredible list of clients join the team at Navigation. He is the right person at the right time as the company continues to grow and his contribution will be pivotal as we move forward.”

Added Schell: “I am beyond excited to be joining the team at Navigation Media Group and reuniting with my mentor James Engle. I look forward to expanding Navigation’s footprint in a meaningful way and continuing to advocate for our incredibly talented clients.”

Schell cut his teeth under Chuck and Rebecca Roven, assisting on the DC superhero films Suicide Squad, Batman v Superman: Dawn of Justice and Wonder Woman before moving over to Echo Lake, where he was promoted from an assistant role to Literary Manager in a little more than two years.