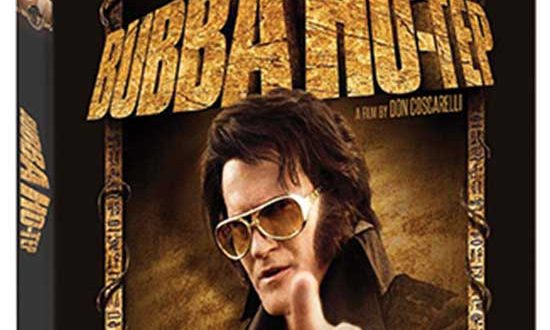 “Bruce Campbell…in a performance for the ages” The Hollywood Reporter 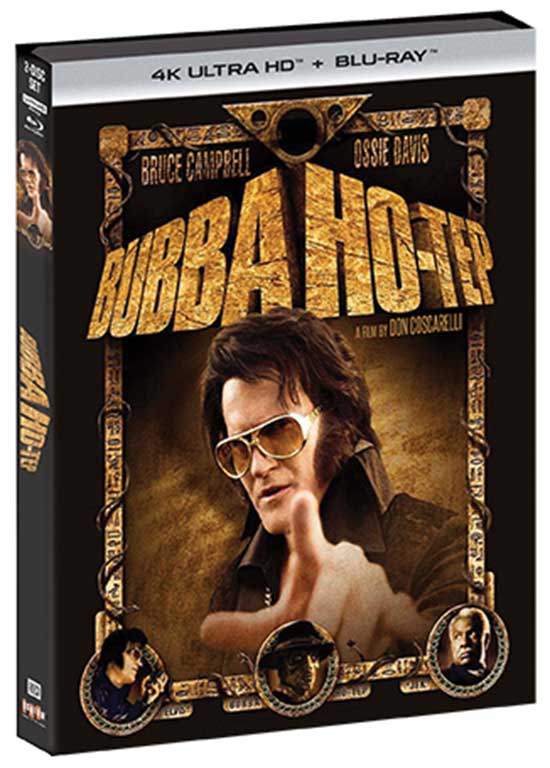 The Shady Rest retirement home is about to get all shook up with a new resident: a broken-down and eccentric old geezer claiming to be the King of Rock’N’Roll himself! On February 7, 2023, Scream Factory will bring this cult favorite to 4K UHD for the first time as a collector’s edition 4K UHD+Blu-ray release loaded with extras.

Written and directed by Don Coscarelli and based on the Bram Stoker Award-nominated short story by author Joe R. Lansdale, Bubba Ho-Tep stars cult icon Bruce Campbell (Army of Darkness, Ash vs. Evil Dead) as “Elvis”, the late, great Ossie Davis (Grumpy Old Men, Do The Right Thing) as John “Jack” Kennedy, Ella Joyce (Set It Off, Stop! Or My Mom Will Shoot), Heidi Marnhout (Phantasm IV: Oblivion) and Bob Ivy (John Dies At the End, Near Dark). When mysterious deaths plague a Texas retirement home, it’s up to its most sequined senior citizen to take on a 4,000-year-old Egyptian mummy with a penchant for cowboy boots, bathroom graffiti and sucking the souls from the barely living.

This collector’s edition features a bevy of bonus features, including a new 4K scan of the film, previously unreleased featurettes from the director’s archives, and much more! Fans can pre-order their copies now by visiting ShoutFactory.com

Dinner With the President
All About Chase Sui Wonders, Pete Davidson’s Rumored New Girlfriend
Hulk Hogan Says Kurt Angle’s Wrong About Health, Walks On Video To Prove It
Not Hungry In The Morning? It Could Be A Sign Of Stress
All About Annie Murphy’s Husband, Menno Versteeg