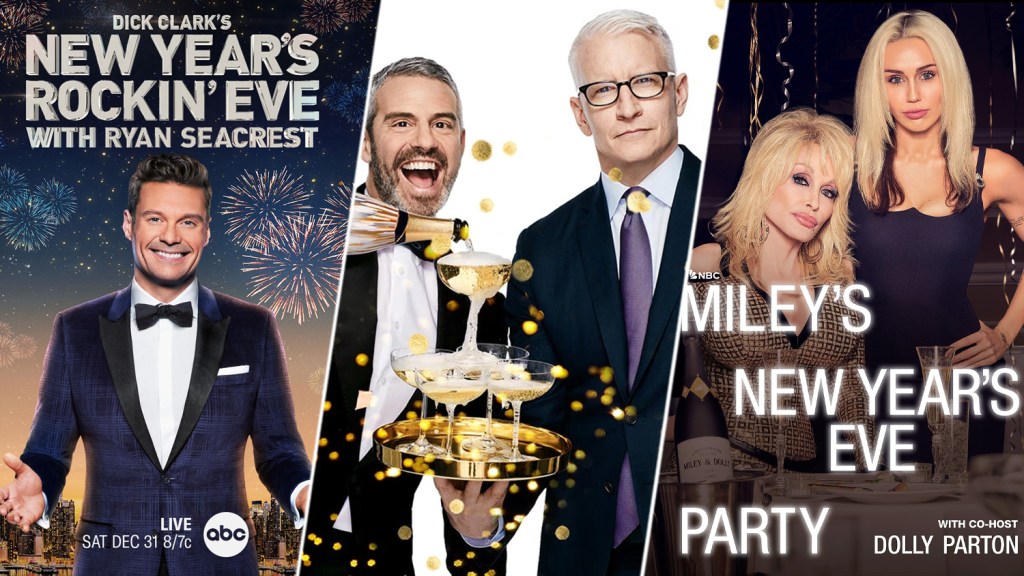 ABC rang in the New Year with the largest audience across the broadcast and cable news networks’ special programming.

Both parts also performed well in the advertiser-targeted 18-49 demographic, with Part 1 managing a 1.4 and Part 2 rising to a 2.2 — which tied the highest-rated entertainment telecast on any night on any network in primetime since ABC’s telecast of the Oscars in March.

NBC was the second most-watched of the night, with Toast to 2022 drawing an audience of 2.4M from 8-10 p.m. The network rang in the New Year with Miley’s New Year’s Eve Party hosted by Miley Cyrus and Dolly Parton, which saw an average 5.3M people tuning in from 10:30-12:30.

Earlier in the night, CBS was tracking ahead of NBC from 8-10 p.m. with about 3.9M viewers. But leading up to midnight, the network saw the smallest audience of the three broadcast networks with 4.6M viewers.

As for the cable news networks, CNN’s New Year’s Eve Live with Anderson Cooper and Andy Cohen averaged 2.1M viewers across its full coverage block from 8 p.m.-12:30 a.m. That beat Fox News Channel and MSNBC by quite a large margin. FNC had 1.2M viewers and MSNBC had only 194,000.