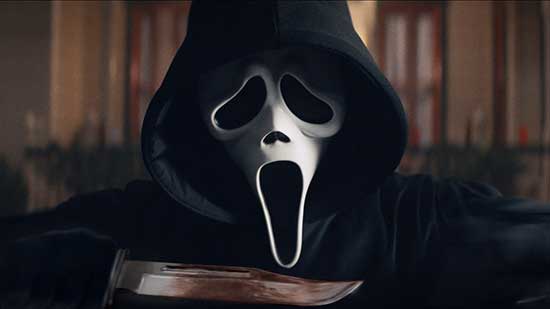 The fifth instalment of the Scream franchise from Matt Bettinelli-Olpin and Tyler Gillett came out this year to critical acclaim and has surely served as a reboot of the hugely successful slasher franchise.

With more movies planned, the series needs to show its pop cultural awareness not just in the script, but in the marketing. This should involve branching out into other media, especially games. Without doing so, interest in future installments could peter out.

Scream Has Brought Ghostface Back into the Mainstream

The original Scream trilogy was hugely popular, with the first offering in 1996 being the highest-grossing slasher movie ever made until it was surpassed by David Gordon Green’s Halloween in 2018. Scream 4 in 2011 was designed as a franchise reboot, but it only grossed $97 million against its $40-million production budget and put producers off continuing the franchise.

The latest offering, Scream, was made without a number in the title to reboot the franchise yet again. However, it was referred to as a “requel” as it still involved elements and continuing characters from the previous instalments. This was more triumphant at the box office, bringing in $140 million worldwide before its release on HBO Max.

It was met with critical acclaim and praised for reimagining the common tropes to be more in line with current popular culture. Now, interest in Ghostface and the recurring Scream characters is high, and Paramount Pictures plans to capitalise on that with the release of Scream VI in March 2023.

Franchise Needs to Be Accompanied by Games

Most of the Scream films found success because they managed to subvert many of the common themes of horror movies. They feature characters who are aware of how they should act in a slasher film scenario, and there are often references to other popular movies. The franchise itself needs to show this sort of awareness in boosting the brand to larger audiences, though.

It seems crazy to think that, despite the notoriety of Ghostface and the Scream franchise, there have never been any official games. If the series is to continue its success in the future, it will need to branch out onto other platforms to get in front of as many people as possible.

The mobile market is the most obvious place to go, as there are plenty of horror games there. These include titles like Eyes: Scary Thriller and Death Park. There are also loads of spooky online slots in the online casino industry, such as Spooky Graves, Circus of Horror, and Blood Lust. Branded games based on films often stand out in these bustling lists, so an official Scream game could be a massive hit.

Aside from offering games on a range of devices, the Scream franchise will also need to continue attracting well-known Hollywood faces for key roles and cameos. It’s notable that many huge stars including Drew Barrymore, Sarah Michelle Gellar, and Timothy Olyphant have all appeared in the series so far. Neve Campbell isn’t returning for the sixth offering, so it would be wise to bring in a household name to replace her.

Even though 2022’s Scream was a hit, any future offerings could swiftly shed viewers if the franchise doesn’t stay relevant in the modern age. This means that it will need to branch out into official games – something that it failed to do in the past, and possibly the reason why it paid the price at the box office in 2011.

On the Radar: Last seen in Lapaz
Jen Casey & Nick Gilhool, Co-Founders Of Joe & Anthony Russo’s Wonderburst, Launch All3Media Production Banner
Olivia Wilde & Jason Sudeikis Hug It Out in Public After Nasty Year
Rui Hachimura’s Lakers Debut Crashes Streaming Service In Japan
Days of Our Lives Spoilers for the Week of 1-23-23: Marlena Goes to Heaven, But Will She Be Back?