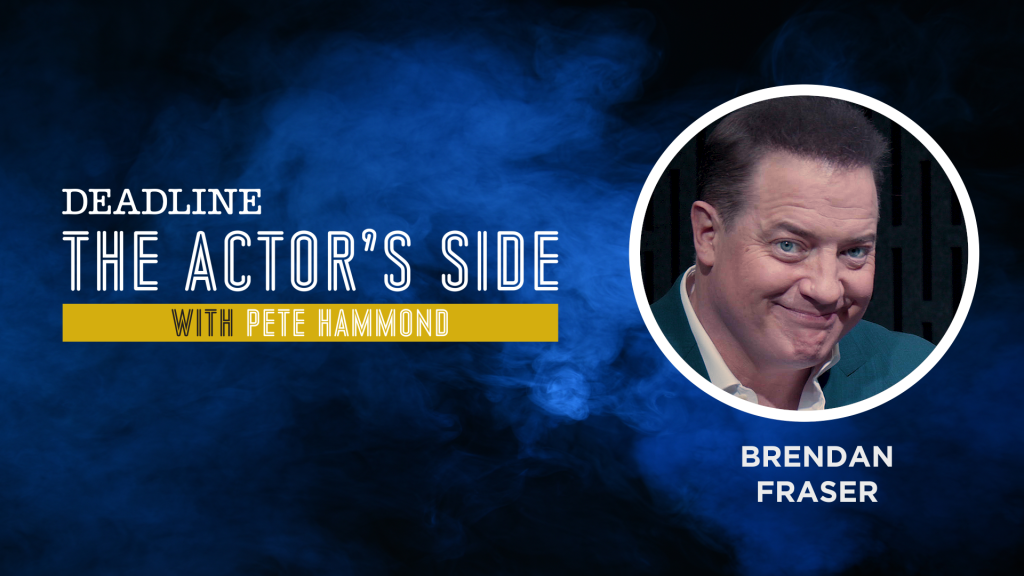 With nominations and awards coming in at a furious clip for his remarkable performance as the 600 pound teacher, Charlie, in Darren Aronofsky’s film adaptation of writer Sam Hunter’s play, The Whale, there is reason to believe this film, almost certain to bring Brendan Fraser his first Oscar nomination, is something of a “comeback” for the star. It isn’t as he tells me in this week’s edition of my Deadline video series, The Actor’s Side. He hasn’t ever really been away in order to actually “comeback” and we talk about a 30 year career in front of the camera that has included just about every type of role, with The Whale being a distinct highlight.

Fraser says that now he has never been as “famous and unsalaried” at the same time and talks about his career including such commercial smash hits as The Mummy, including if another chapter may be in the work, George Of The Jungle, and many more all the way back to Encino Man. He talks about his penchant for comedies, as well as dramatic performances in such films as School Ties, Gods And Monsters, Crash, and Steven Soderbergh’s excellent recent film No Sudden Move. He also gives us the scoop on the upcoming Max Barbakow film Brothers, as well as Martin Scorsese’s 2023 epic, Killers Of the Flower Moon, both in which he co-stars.

To watch our conversation just click on the link above.

Join me every Wednesday during Oscar season for another episode of The Actor’s Side.