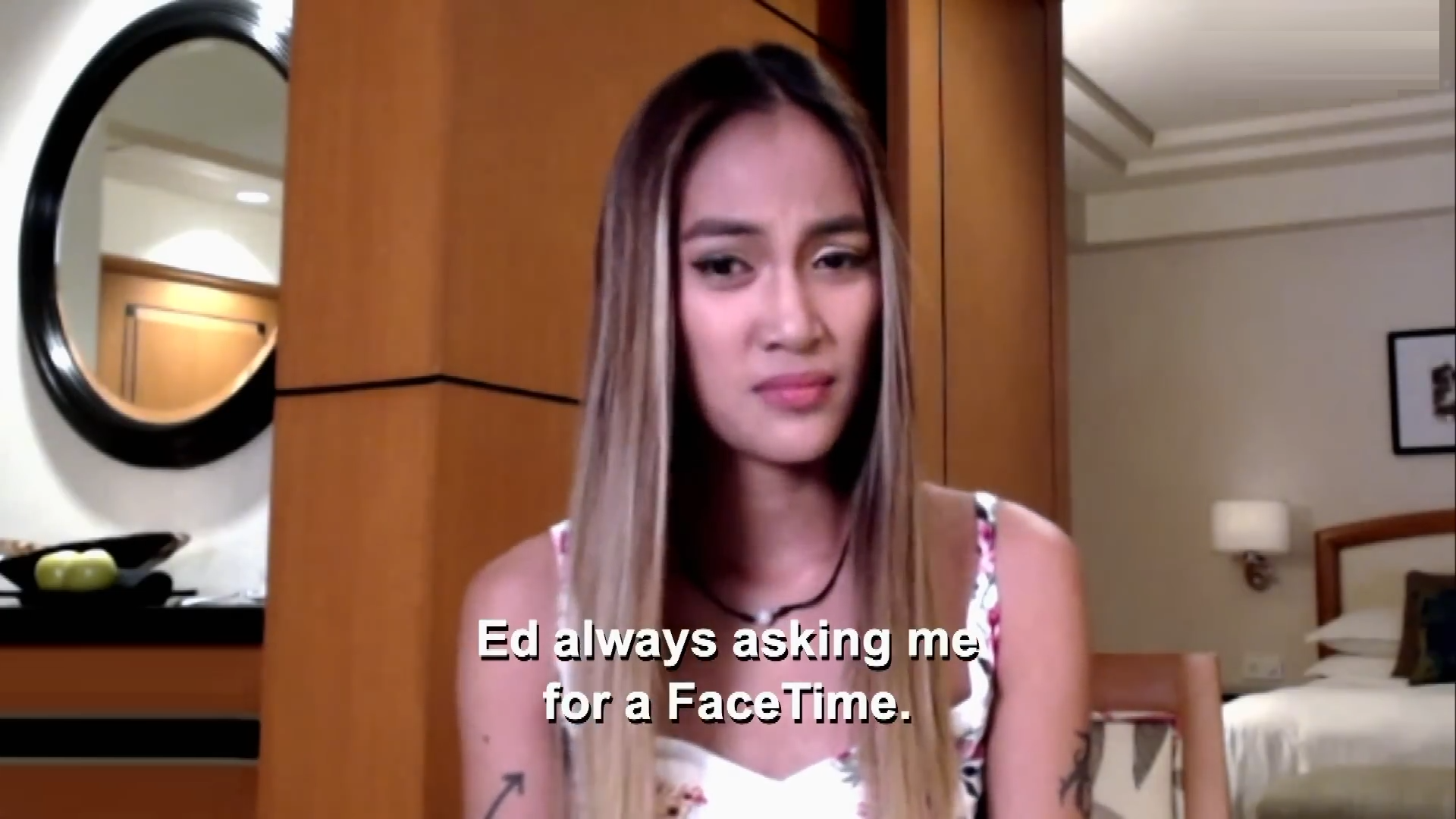 At the very end of the 90 Day Fiance: Happily Ever After? Season 7 Tell All special Part 1, Shaun Robinson asked a question.

Had Big Ed Brown had any contact with his ex, Rosemarie Vega? Viewers previously saw him turn Rose’s life upside down with a series of lies.

Ed insisted that the answer was “no,” then claiming that he was unsure. Fiancee Liz Woods did not feel amused.

And then Rosemarie herself joined the Tell All. In the face of Ed’s denials, she offered concrete evidence of his communications. And we now have a sneak peek of Liz hearing the truth.

Shaun Robinson is the Tell All host, but she does not control which questions she asks. Production plans all of these.

But she knew when she asked Big Ed — and listened to his provable lies — that production already had the answer.

Rosemarie joined the Tell All remotely. And, in the clip that you can watch below, she refutes Ed’s nonsense.

It’s not just that Rose tells Liz and the rest of the cast that Big Ed reached out to her.

She does — in fact, she notes that he has repeatedly asked her to do video calls.

But Rosemarie has also provided production with screenshots of her conversations with with her loathsome ex.

One sample of their messages — in which Big Ed gushed about her appearance and asked to come visit her in the Philippines — dates back to August 2021.

That was about one year before the Tell All filmed. But that didn’t make it irrelevant.

In fact, this was a relatively short time after Ed and Liz became engaged. Fans spotted the two out on dates that same month.

Producers displayed the texts on a screen, and Liz read them.

A distressed Liz asked for Ed to clarify that he had just denied communicating with Rose. Other castmates confirmed that they had all heard Ed lie.

“Liz, sit down, Jesus Christ,” Ed demanded of his fiancee.

Obviously, Liz calls him out for lying in the clip from the Tell All Part 2.

Ed’s response? The rude and frankly racist: “Me no speak English.”

Common sense prevails, and the entire cast seems to be Team Liz. Likely because Ed is clearly in the wrong. As usual.

How is Liz feeling at the moment? You won’t have to guess.

“I’m tired of all the lies,” she admits on camera.

Meanwhile, Kimberly Menzies lays into Ed. His response is to act like Liz is creating drama — which is emphatically not the case.

Shaun asked Ed a question. Ed lied, became evasive, and lied again. Producers showed evidence of his lie. And now Ed is acting like Liz is creating drama when his poor choices, bad behavior, and lies have created this situation.