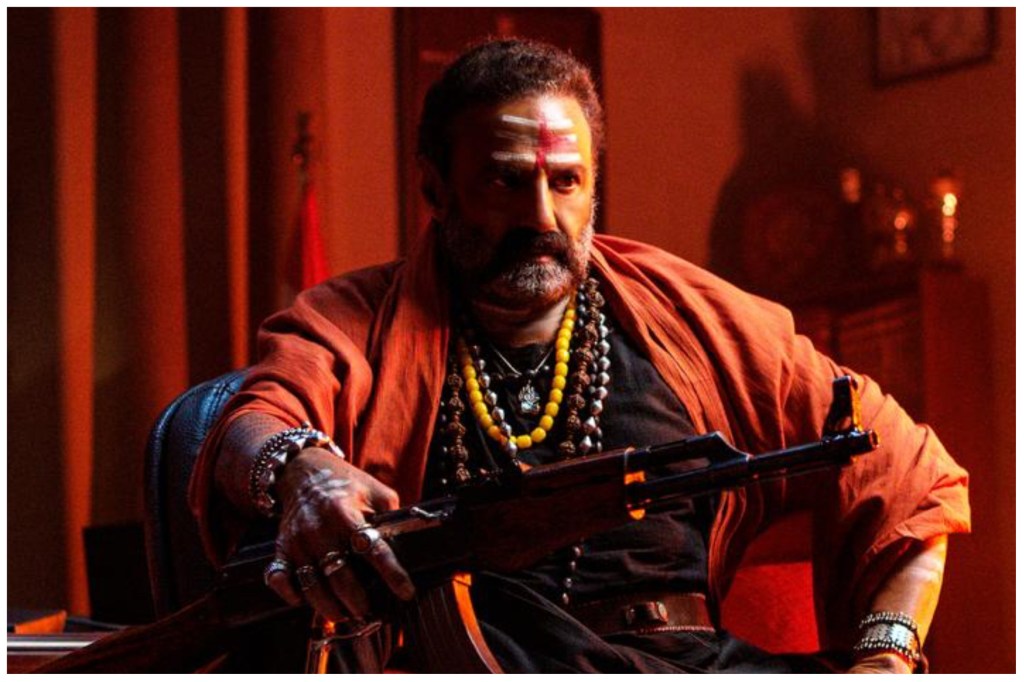 EXCLUSIVE: Here’s a first look at the Hindi-language dub of Akhanda, one of the highest-grossing Telugu films of 2021/2022.

The action flick from producers Dr. Jayantilal Gada of Pen Studios and Sajid Qureshi and director Boyapati Srinu is set to release in Hindi on January 20.

After debuting on December 2021, it took ₹120.8 crore ($14.6M) at the box office, making it star Nandamuri Balakrishna’s biggest film to date. Akhanda was also a hit on Disney+ Hotstar.

Akhanda stars Balakrishna in a duel role as twins, one a fierce devotee of Lord Shiva who was initially a twin taken from his family as a baby and goes on to fights evildoers. Producers say it “weaves a historical story” into the plot. Pragya Jaiswal, Jagapathi Babu, and Srikanth also star.

The film marked the third time Balakrishna has worked with Srinu, coming after 2010’s Simp and 2014’s Legend.

Gada said: “If the last year has taught us anything it’s that the audience is craving mass entertainers and visual spectacles that merit a theatre viewing. We believe Akhanda is a film that will find takers in different language markets and has pan-India appeal considering Nandamuri Balakrishna’s fanbase and the high-octane action and entertainment that the film delivers.”

Gada’s Pen Studios and Dwaraka Creations are behind the movie.