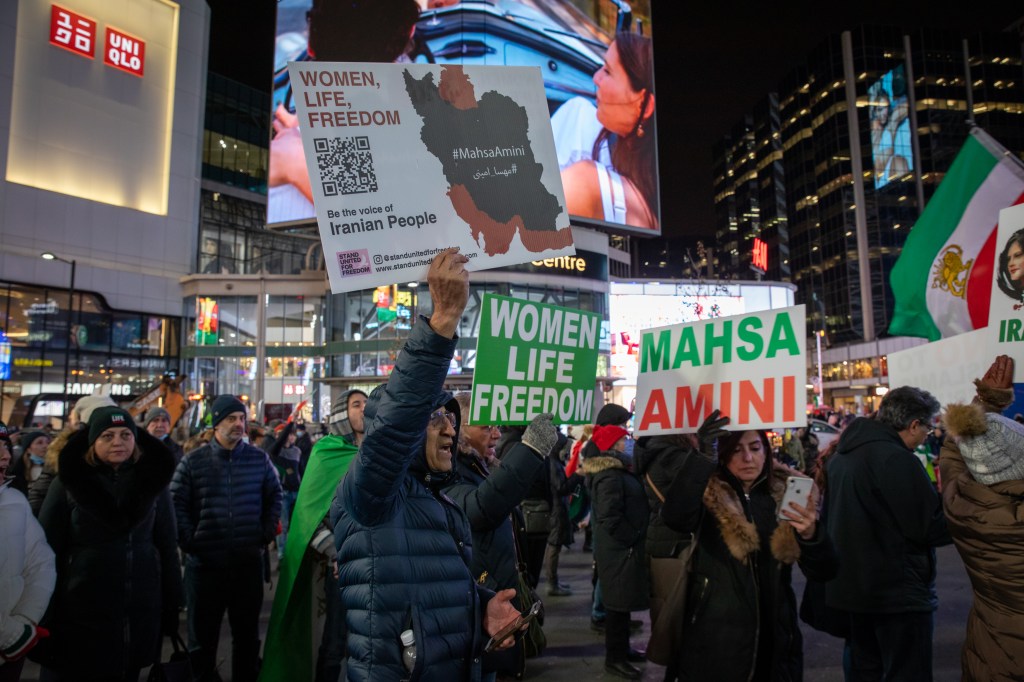 SAG-AFTRA has condemned the arrest of two Iranian actors and other demonstrators during recent protests that have swept the Islamic Republic.

“Recently, two prominent Iranian actors, Hengameh Ghaziani and Katayoun Riahi, were arrested for publicly removing their headscarves in a show of solidarity with protesters,” the guild said in a statement on Friday. “They were just two of the countless people who have been arrested, harassed and killed by the Iranian government since unrest broke out after the death of Mahsa Amini, who is believed to have been beaten to death by Iran’s so-called morality police.

“SAG-AFTRA stands in support of the two actors, the activists, all supporters of human rights and the Iranian people, who deserve the right to live without the fear of death and imprisonment from brutality and persecution. We fervently hope for a world where everyone is free to be themselves without being subjected to persecution and violence.”