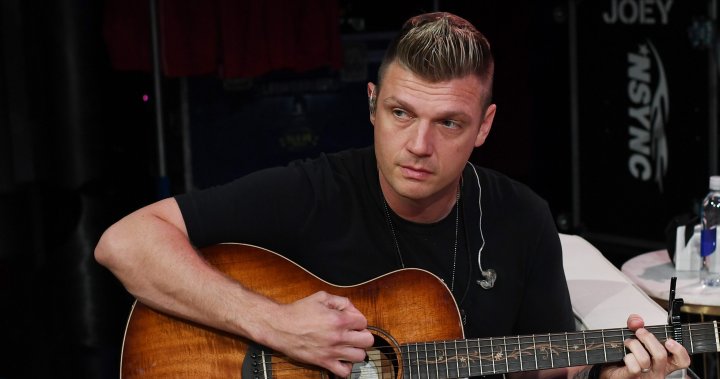 NOTE: The following article contains disturbing content. Please read at your own discretion.

The legal filing, which was first reported by TMZ, comes from Shannon “Shay” Ruth, who claims Carter, now 42, invited her onto a tour bus after a concert in Tacoma, Wash., when she was a minor.

Ruth alleges Carter offered her what he called “VIP juice” — which she says tasted alcoholic — before he led her to a bathroom and forced her to perform oral sex. In the lawsuit, Ruth said she was a virgin and cried throughout.

She claims Carter then “pushed” her onto a bed and raped her as she “begged him to stop.”

Through his own lawyer, Carter vehemently denied Ruth’s allegations in a statement. He said the claims are “not only legally meritless but also entirely untrue.”

“Unfortunately, for several years now, Ms. Ruth has been manipulated into making false allegations about Nick — and those allegations have changed repeatedly and materially over time,” wrote Carter’s lawyer Michael Holtz.

Ashton Kutcher and his twin have brutally honest conversation about past rifts, jealousy

“No one should be fooled by a press stunt orchestrated by an opportunistic lawyer — there is nothing to this claim whatsoever, which we have no doubt the courts will quickly realize.”

Ruth, who lives with autism and cerebral palsy, said Carter called her a “r——d little bi—h” when she threatened to report him in 2001.

At a press conference on Thursday, Ruth claimed “Carter tried to scare me into silence.” Through tears, Ruth said Carter told her that “he’d turn people against me because he was Nick Carter and had the power to wreck my life.”

“The last 21 years have been filled with pain, confusion, frustration, shame, and self-harm that are a direct result of Nick Carter raping me,” Ruth said. “Even though I’m autistic and live with cerebral palsy, I believe nothing has affected me more … than what Nick Carter did to me.”

At the press conference, Ruth said Carter should not be excused for his alleged crime because he is a celebrity.

The lawsuit also includes allegations from three other women, who are all identified only as Jane Doe.

The allegations from the Jane Does are similar to Ruth’s; Jane Doe 1 alleges Carter abused her in 2003. Jane Doe 3 claims Carter abused her at a Florida house party in 2006. Both Ruth and Jane Doe 2 (who was 15 at the time) allege they contracted HPV from Carter after being assaulted.

The civil lawsuit is seeking unspecified monetary damages and punitive damages for past and future pain and suffering.

The allegations in the new lawsuit are not the first against Carter. In 2017, the Backstreet Boy was accused of sexually assaulting Melissa Schuman, a former member of girl group Dream.


Schuman’s claim was investigated by police, but later dropped because the allegation was outside the 10-year statute of limitations.

Carter also denied Schuman’s accusation at the time and said he was “shocked” because “Melissa never expressed to me while we were together or at any time since that anything we did was not consensual.”

On Thursday, ABC announced it will no longer air the Backstreet Boys’ Christmas special as a result of the new allegations against Carter. The special was filmed this month in Los Angeles and was set to air on Dec. 14.

It’s unclear if the Christmas special will be aired elsewhere.

If you or someone you know is experiencing abuse or is involved in an abusive situation, please visit the Canadian Resource Centre for Victims of Crime for help. They are also reachable toll-free at 1-877-232-2610.

How to Watch and Live Stream the 2023 Grammys
Meet Rupert Grint’s One and Only Daughter, Wednesday
“Outer Banks” Exes Chase Stokes and Madelyn Cline Talk Working Together on Season 3
Ukrainian War Anthology Series ‘Those Who Stayed’ Boarded By Nordic Networks
Beyoncé Fans Use GoFundMe to Raise Money for ‘Renaissance’ Tour Tickets