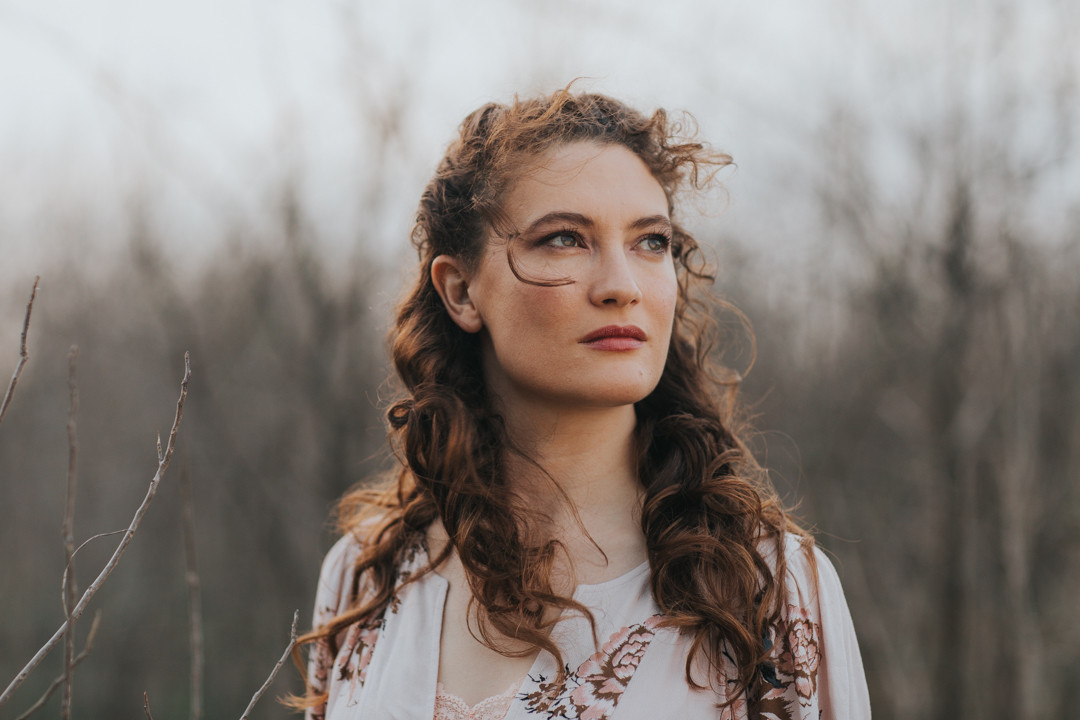 As glowing and full of rich vitality as a warm sun, Christine Hand’s compelling lead vocal in songs like “In the Black and White,” “Love Me True” and the brokenhearted “Slow Dance,” all of which can be found on her latest release, Standing on the Shoulders, is undeniably the most magnetizing element for us to behold in her second studio LP. At times soft and decadent, like in “Take it Slow,” while decisively sharp and painfully tangible to us in others, such as “House of Bread,” Hand’s voice is an impenetrable force to be reckoned with in Standing on the Shoulders, and from where I sit, this is easily the most powerful showcase it’s been afforded in this singer/songwriter’s career thus far.

This songstress’ incredible vocal is only one-half of the signature harmony we encounter in “Be Still” and “Time to Embrace;” the other half is sparked by the stunning acoustic guitar melodies we find in both of the aforementioned songs. The strings contextualize the emotions behind Hand’s verses like nothing else could have here, and had they not been as clearly defined in the master mix as they were, I’m not sure that either of these tracks would be as memorable and evocatively cratering as they are in this instance. Minor details matter in music like this, and if one thing is made abundantly clear to us in Standing on the Shoulders, it’s that Christine Hand doesn’t take detail – big and small alike – lightly, no matter what the compositional setting happens to be.

While Hand is tight in her execution throughout this LP, I got a loose, freeform jam energy from the construction of “In the Black and White,” “Dust” and “Take it Slow” suggesting a more unrehearsed, experimental sensibility in her songcraft that I would love to hear more of in the future. She’s got such a natural knack for drawing harmonies together, seemingly out of thin air half the time, and while I don’t think we’re hearing her creative peak in Standing on the Shoulders, there’s no denying the fact that this is the most mature and on-point she sounded to date. From “Love Me True” to “Brother” or the title track, Hand is a commanding element all on her own, and if she had doubters before the release of this latest album, I think most will be singing a very different tune after getting a glimpse at its eleven-song tracklist.

Fans of urbane singer/songwriters can’t go wrong when picking up Standing on the Shoulders by Ms. Christine Hand this winter, as it provides the season with a worthwhile soundtrack from a promising young voice in the American underground (and, specifically, the Dallas/Fort Worth scene). Hand is hitting all the right notes in this LP and flexing some serious muscle as a composer and performer, and if she can find a way to expand upon some of the themes she explores in this most recent set of recordings in future endeavors, I think the momentum behind her brand will only grow stronger.