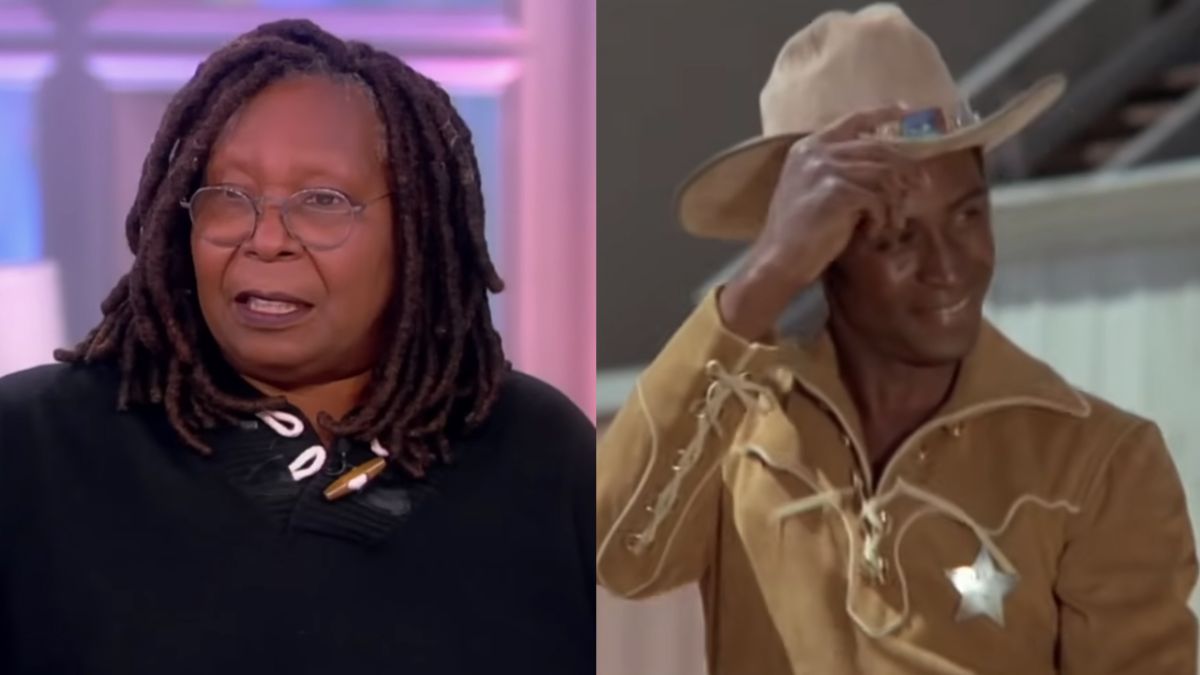 Many consider Mel Brooks’ Blazing Saddles one of the greatest satirical comedies of all time. Though the movie was a box office hit upon release, a lot has changed since 1974, and many have pointed out that the biting and nontraditional western couldn’t be made today due to its subject matter. According to the writer and director of the movie (Brooks), Blazing Saddles likely couldn’t be released today– not because of racism, but due to the political climate. While many critics have levied accusations of racism towards Saddles, one Hollywood star has come out supporting the nearly half-a-century-old film, none other than the Academy Award-winning actress and The View co-host, Whoopi Goldberg.

Whoopi Goldberg pushed back on claims that the Cleavon Little and Gene Wilder-starring film is racist. She told her The View co-hosts that those criticizing Blazing Saddles for being racist are missing the point. The actress points out that Brooks’ satire goes at racism and all other “isms” equally and with comedy, which is one of the film’s greatest strengths. Goldberg said it would still work with today’s audiences because it’s a great comedy. She also has some choice words for recent comedy releases. She said:

Later in the panel discussion, Goldberg tries to convince her fellow co-host Sunny Hostin, who has never seen Saddles, to do herself a favor and watch the film. The View moderator then turned to the audience while addressing the film’s critics. Goldberg continued:

No one tell Whoopi that Blazing Saddles received a bizarro remake in the form of an animated family film centering around a dog named Hank. The movie, titled Paws of Furry, was helmed by first-time feature directors Chris Bailey (who served as an animation supervisor on the first two Alvin and the Chipmunks movies) and Mark Koetsier (a story artist on Kung Fu Panda and How To Train Your Dragon) tells the story of a dog named Hank living in a town called Kakamucho. For an unknown reason, he is put front and center in a fight against a “nefarious feline warlord” and must find a way to save his town, becoming a samurai along the way. If you think that sounds weird, you should hear Mel Brooks’ hilarious response to the adaptation of his controversial classic.

Even though it has often gotten her in trouble, Goldberg isn’t a stranger to speaking her mind. The actress came under fire earlier this year for her views and comments regarding the Holocaust during the Hot Topic section of ABC’s long-running talk show. The EGOT winner eventually apologized for her remarks after receiving severe and swift backlash.

While her comments might not change everyone’s opinion about Blazing Saddles, perhaps Whoopi Goldberg will spark a larger conversation on satire’s role in dealing with racism and other hot-topic issues. How this discourse will play out or impact the film’s longevity is yet to be seen. In the meantime, The View can be seen live on your local ABC station every weekday at 11 AM ET as part of the  2022 TV schedule.

You can make up your mind regarding Blazing Saddles by watching it streaming with your Hulu subscription. Or you can plan your next theater trip by checking out CinemaBlend’s schedule for upcoming new movies coming soon to theaters.