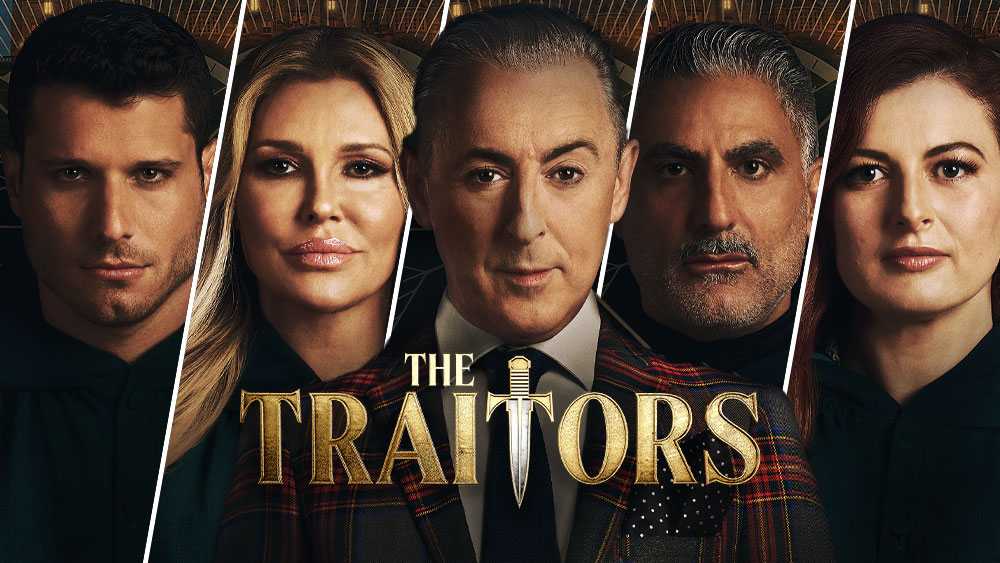 Set in a remote castle in the Scottish Highlands and based on the Dutch series of the same name, celebrities and civilians will come together to complete a series of challenges with the objective of earning a cash prize of up to $250,000. The catch? Three of the contestants coined “the traitors” will devise a plan to steal the prize from the other contestants coined “the faithful.”

Civilians who will join the celebrities in alliances, deception, and even “murder” include:

Stephen Lambert, Studio Lambert, CEO, added, “In a game of secrecy, suspicion and plot twists in a Scottish castle, who better to take the helm and guide our game players through the drama and challenging missions than Alan who originally comes from Scotland.”

‘Violent Night 2’ in the Works With Tommy Wirkola Returning to Direct!
Could Scooby-Doo 3 Still Happen? Here’s What Sarah Michelle Gellar Thinks
Tennessy Thoreson Asks, ‘Why Be Boring When You Can Be Extra?’
Sheek Louch Praises Pusha T For Ditching Kanye West’s GOOD Music
Christina Ricci Questions The Academy’s Review Following ‘To Leslie’ Campaign: “If It’s Taken Away Shame On Them”