The first volume of Harry & Meghan was released today, and its first episode, as expected, dove into how Meghan Markle and Prince Harry’s love story began. It was July 2016, and Harry discovered Meghan…on Instagram, because yes, the Duke of Sussex had a secret Instagram at the time. Meghan hadn’t seen it coming.

The first episode broke down a lot from their first two dates before they would later meet again for their five-day Botswana trip. Here, the biggest reveals about their first two meetings and how they actually started dating, along with photos the documentary revealed from their FaceTime calls and early days together. 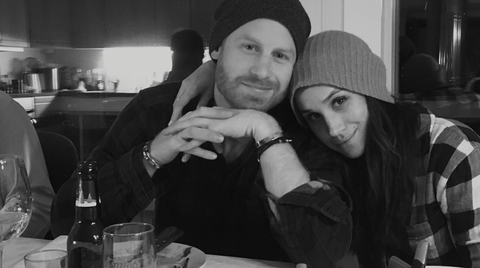 Meghan Markle and Prince Harry during their early days of dating.

Meghan hadn’t expected to fall in love in summer 2016.

“I was really, like, intent on being single and just have fun girl-time,” Meghan said of her summer plans then. “I had a career, I had my life, I had my path. And then came H. I mean, he literally, talk about a plot twist.”

Harry, who had a secret Instagram, first saw and became interested in Meghan when a mutual friend posted a Snapchat of them together. (Meghan had the dog filter ears on.) 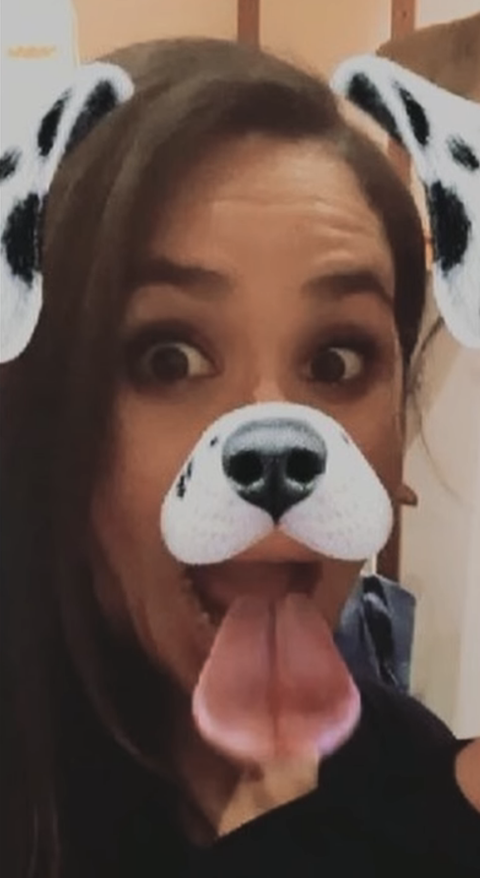 The Snapchat of Meghan that first got Harry’s attention.

“Meghan and I met over Instagram,” Harry said. “I was scrolling through my feed and someone who was a friend had this video of the two of them, it was like a Snapchat, and it’s … with doggy ears and—”

“Oh gosh. Isn’t that the whole thing, it’s got like doggy ears….that’s what he saw of me,” Meghan said.

“That was the first thing, it was like who is that?” Harry added.

Meghan recalled a mutual friend let her know about Harrry’s interest. “And then she sent me an email saying ‘I know you said you’re single, and a friend of mine asked about you and maybe you’d like to meet him,’” Meghan said. “And I said, ‘Who is it?’ And she said, ‘It’s Prince Haz.’ And I said, ‘Who’s that?’ I asked if I could see his feed. So that’s the thing. When people say, ‘Did you Google him?’ ‘No.’ But I…that’s your homework. You’re like, ‘Hmm, let me see what they’re about in their feed, not what someone else says about them but what they are putting out about themselves.’ That to me was the best barometer. So I went through and it was just like beautiful photography and all these environmental shots and this time he was spending in Africa.”

The documentary provided the exact text of the email.

Here’s what it read and how Meghan replied:

The friend: Between you and I, thought you might want to know this being newly single and all. I put our Snapchat on Instagram and Prince Haz follows me (he’s a friend) he called me last night dying to meet you. Hehehe. I might just have to set you up.

Meghan and Harry exchanged numbers and were “constantly in touch” when Harry suggested they meet in July 2016 while Meghan was in London for Wimbledon. The documentary showed their texts setting up their first date:

H: So come on – what u doing tomorrow night? Hope you’re Having fun over there!

M: Heading back to soho. I have a dinner tomorrow at 8 but can do drinks tomorrow night. Would that work? Maybe 6?

Harry was very late to their first date at 76 Dean Street, which nearly led Meghan to mark him off.

“I was panicking. I was freaking out. I was, like, sweating,” Harry said.

“What? What’s that supposed to mean?” Harry cut in.

“Like one of the guys who has so much of an ego that you’re not going to—that any girl would sit around and wait for a half hour for you. I was just not interested in that.”

“You were just so sweet,” Meghan said.

“You genuinely were, like, so embarrassed and late,” she said, adding, “He was just so fun. Just so refreshingly fun. And that was the thing, we were like childlike together.”

“We had a great chat for about an hour,” Harry said.

Meghan asked him out on a second date that night before she left London.

“I left after an hour and I told him that I had other plans,” she said of the first date. “And then I called him that evening and I was like, ‘Look, I’m leaving the day after tomorrow. Do you wanna grab dinner tomorrow night?’ And I’m sure he thought it was so forward and American. I’m sure he told me it was so forward and American. Then, yeah, we went and had dinner the next night at the same place.”

Meghan was late to that dinner, but only by a few minutes: “But you were quite flustered,” Harry teased her.

“I hate being late,” Meghan said, explaining, “Well, I had come back from Wimbledon and, you know, when you get all dolled up I wanted to go home and take a shower and then run over looking more like myself.”

“I was like, you can be as late as you want. I ain’t moving. I wanna see you again,” Harry quipped.

Harry and Meghan took a photo that second date. It was the night he knew she was “everything that I’ve been looking for.”

The documentary shared that photo: 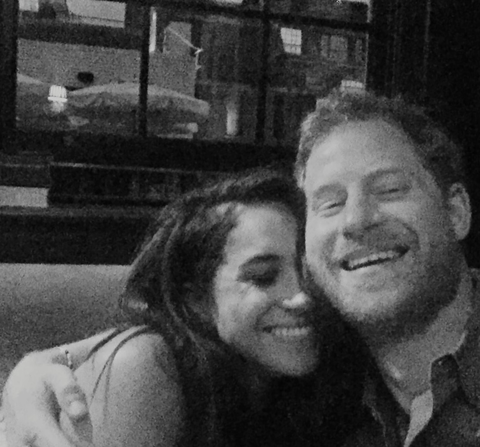 Meghan Markle and Prince Harry on their second date

Meghan said of it, “There was one photo. We just wanted to capture the feeling of just sitting in that little restaurant and going, ‘Oh my gosh. I think we’re going to give it a go.’”

“That was when it just hit me. ‘Okay, this girl, this woman is amazing, is everything that I’ve been looking for. And she’s so comfortable and so relaxed in my company,” Harry added.

Meghan revealed that Harry had a list of what he was looking for in a partner.

“He had a list, apparently, of what he was looking for,” Meghan said.

“Let’s not go there,” Harry replied.

“[I’m] not sharing the list,” Harry said. He gestured to Meghan and said, “This is the list.”

Fired Stew Camille Lamb Returns in a Below Deck Shocker
Armie Hammer Says He Was Abused By A Pastor As A Child, Denies Sexual Violence Allegations – In First Interview Since 2021
A Flag for Juneteenth
Marilyn Manson accused of raping underage girl in horrific new lawsuit
Goblin-timacy: dating trend 2023 inspired by Goblin mode, for singles looking for authentic relationships