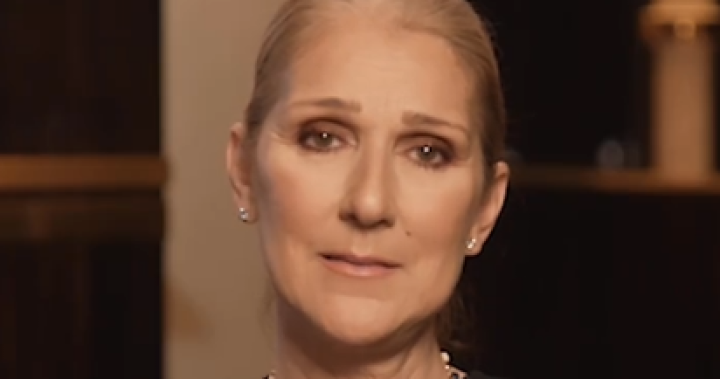 In two videos posted Thursday to Dion’s social media accounts (both in English and French), she claimed the debilitating disease does not allow her “to sing the way I’m used to.”

Stiff-person syndrome is an incurable disorder that causes progressive muscle rigidity and spasms. Those diagnosed with the disorder can be disabled, bedridden or unable to care for themselves, according to The Stiff Person Syndrome Research Foundation.

Ashton Kutcher and his twin have brutally honest conversation about past rifts, jealousy

For Dion, 54, she said the muscle spasms she suffers “affect every aspect of my daily life.”

She continued, tearfully telling fans that the disorder is “sometimes causing difficulties when I walk and not allowing me to use my vocal cords to sing the way I’m used to.”

“I’ve been dealing with problems with my health for a long time, and it’s been really difficult for me to face these challenges and to talk about everything that I’ve been going through,” she said.

Dion was intensely regretful that her diagnosis will make her unable to launch the European leg of her tour in February. Her 2023 tour has been rescheduled for the following year. Eight of Dion’s 2023 performances, from May 31 to July 17, have been cancelled altogether.

Still, the My Heart Will Go On singer assured fans that she, her doctors and her family are doing everything in their power to help her condition improve.

The five-time Grammy award winner was hopeful she will sing again.

Actor Anne Heche not intoxicated at the time of death, autopsy finds

François Legault, the premier of Québec, sympathized with Dion’s diagnosis on Thursday morning. While on his way to attend question period in the National Assembly, Legault told reporters he hopes Dion “gets well as soon as possible.”

“We’re so proud of her. And she’s coming from Charlemagne in my riding. So, it’s important,” Legault said.

At Queen’s Park in Toronto, a children’s choir gave a tribute to Dion and performed My Heart Will Go On.

They normally sing Christmas carols, but today at Queens Park a children’s choir featured a tribute to Celine Dion after her awful diagnosis. #onpoli pic.twitter.com/uNs7BUoepY

Dion said she is working with a sports medicine therapist every day to increase her strength and get her into performance shape.

“I miss you so much. I miss seeing all of you,” Dion told her fans. “I always give 100 per cent when I do my shows, but my condition is not allowing me to give you that right now.”

Earlier this year, Dion postponed her world tour due to “severe and persistent muscle spasms.”

Information about Dion’s tour and rescheduling can be found on her website.

The National Center for Advancing Translational Sciences reported there are fewer than 5,000 known cases of stiff-person syndrome in the U.S. The symptoms of the disorder can begin at any point in a patient’s life, though it is most commonly noticed in adulthood.