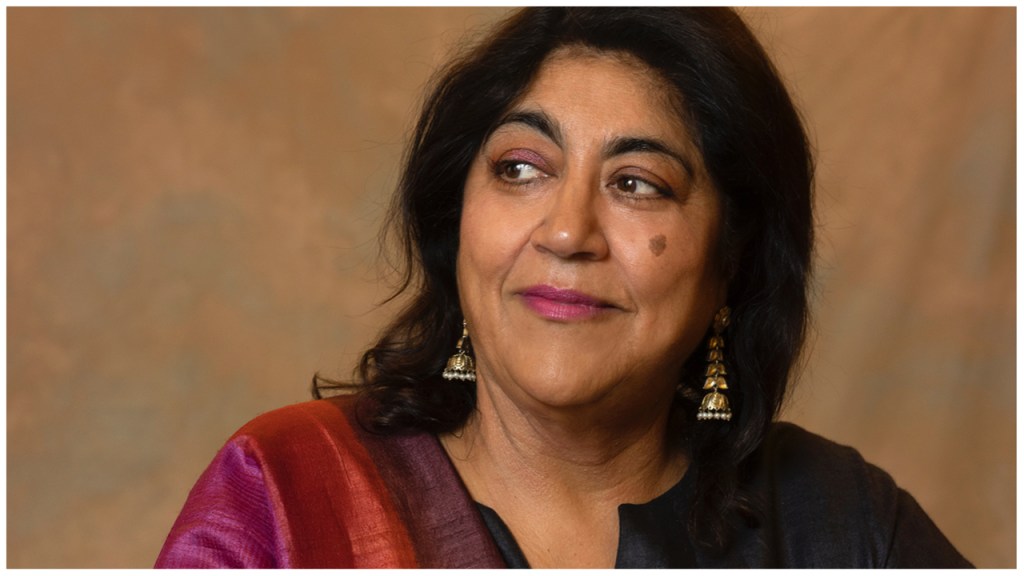 “Let me tell you, it’s not easy writing a Disney princess movie,” said Gurinder Chadha about her new original music feature about a dynamic princess from Indian history that is in the works with Disney.

“It’s a very hard thing to do because there are certain rules you have to follow and you also don’t want to repeat yourself. I don’t want to make Mulan again for example, I want to do my own thing. But at the same time there are very strong Disney princesses out there so to do something different but still within the genre, it’s an interesting balance to explore as a creator.”

Chadha, who was at the Red Sea International Film Festival this week with a screening of her global sensation Bend It Like Beckham, which is 20 years-old this year told Deadline’s Red Sea Studio that when Walt Disney Studios Motion Picture Production President Sean Bailey approached her about the idea for an Indian princess movie, she said, “Hell yeah! That’s me!”

The charismatic writer-director is currently writing the script with her husband and writing partner Paul Mayeda Berges and will produce the project with Lindy Goldstein with Disney’s VP of production Jessica Virtue across the live-action title as well.

“Together all of us are really shaping this story which, I hope once we’ve got to a good stage, we’re ready to share.”

In a candid interview with Deadline, Chadha revealed a host of projects she’s currently in development on including a Netflix-backed project based on an Ancient Greek mythology character from “a feminist perspective” with Jeff Kirshenbaum producing and a “very funny” script from Crazy Rich Asians writer Kevin Kwong that she’s come aboard.

Chadha confirmed that Netflix’s adaptation of Nidhi Chanani’s bestselling graphic novel Pashmina is no longer going ahead at the streamer.

“Everything I’ve worked on I do bring my own perspective,” she said, adding that she “loves the development process.”

Chadha noted, “I say yes to things that I think will inspire other people, that’s what I like. If I read something that I feel is inspiring and changes the needle in some way when it comes to prejudice or diversity or challenges racism or sexism and all that, then I’ll sign on to that and make it more.

“Ultimately, I’m always driven by emotion and if I feel emotional about the characters and the story and I feel there’s enough there for me to really up the emotion more and make an audience feel connected to the story without it being really cheesy, that’s always my goal.

Here in Jeddah, Chadha said that her goal was to “see and meet Saudi women” and she accomplished that during her stay here and said she was even exploring the concept of a Saudi version of Bend It Like Beckham with local writers.”

“Here that change is happening in front of our eyes and very fast,” she said.

About the Red Sea Film Festival, she noted that it was “a very interesting space for local filmmakers to explore those transitions as they go from a very traditional country to a modern country but at the same time still wanting to hold on to certain traditions but also embrace what’s good about modernity.”

Check out the video above.