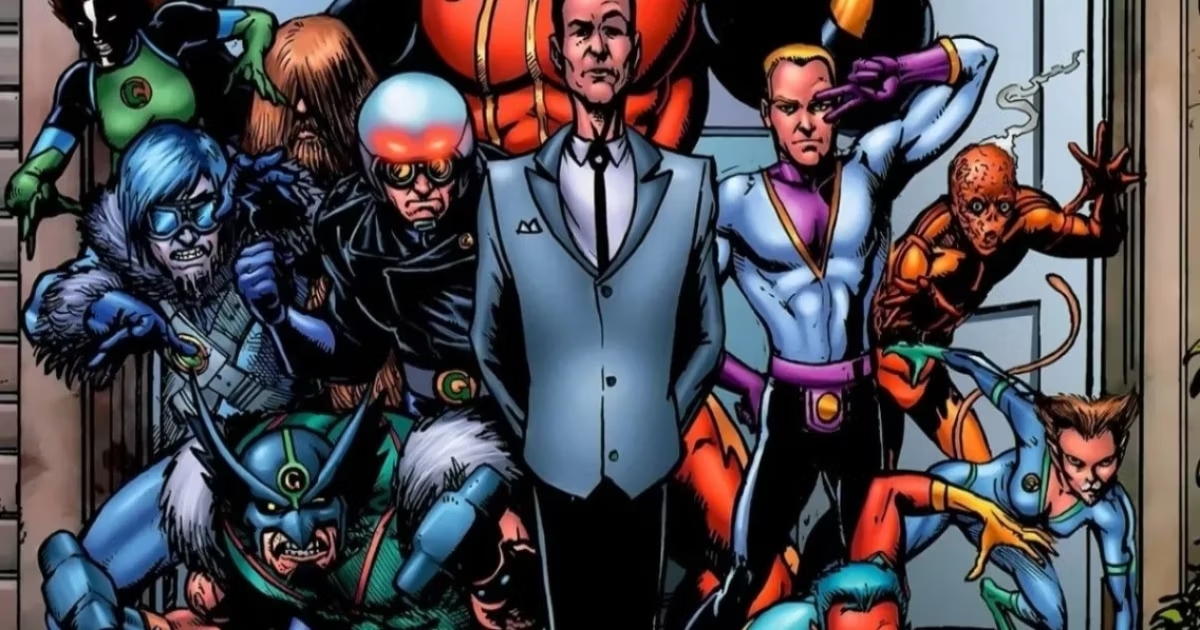 The Boys franchise is continuing to expand as it gears up to release its second spin-off series, Gen V. Upon its release on July 26, 2019, The Boys dove into an exploration of corrupt superheroes. The series is a dark, gritty, and humorous take on the superhero genre as it shows what happens when enhanced individuals, or “supes,” abuse their power. Not only are these “heroes” corrupt, but they work for a corporation known as Vought that commercializes and monetizes them. While the corporation markets them as the world’s superheroes, most are violent, arrogant, and aggressive behind the scenes.

However, a small vigilante group known as The Boys decides to take on Vought’s biggest superhero team, The Seven. Billy Butcher (Karl Urban), who leads the group, has a personal vendetta against Homelander (Anthony Starr), who is the most corrupt hero of them all. The series has received high praise from critics and was renewed for a fourth season in June. Given the show’s success, Amazon is looking to expand The Boys franchise, potentially making it into a shared universe. So far, one spin-off series, the animated anthology The Boys Presents: Diabolical, has made its debut.

Each episode of Diabolical featured a standalone story set in The Boys‘ universe. The show received a very positive reception and was even nominated for a Primetime Emmy Award. However, Amazon is getting a little more ambitious with their next project, Gen V, which will be another live-action TV series. From what we know so far, the series could end up being as gritty and bonkers as The Boys, if executed correctly. Here’s everything we know about Gen V so far including its release window, cast, plot, and more.

An exact release date has not yet been given for Gen V. However, it is getting close. Despite only being announced roughly 2 years ago, the show fast-tracked its production process. Filming officially wrapped in September 2022, and Amazon Studios exec Vernon Sanders confirmed the series will release on Amazon Prime sometime in 2023. It will likely be released before The Boys season 4, which is currently still filming.

Gen V will focus on a college for supes, the Godolkin University School of Crimefighting, where the students take part in Hunger Games-like events on the daily. The school is, unsurprisingly, run by Vought and is the only supe school in America. Of course, rounding up an entire school of hormonal and powerful supes is already a recipe for disaster. Add in that the students are competing for superhero contracts, and it will quickly become a violent, bloody, and intense competition.

[Gen V] is an irreverent, R-rated series that explores the lives of hormonal, competitive Supes as they put their physical, sexual and moral boundaries to the test, competing for the best contracts in the best cities. It’s part college show, part Hunger Games — with all the heart, satire, and raunch of The Boys.

Gen V executive producer, Eric Kripke, also confirmed that the show takes place in the same timeline as The Boys season 3. As a result, there will be some crossover between the events in The Boys season 3 and Gen V. For example, the presidential campaign and Soldier Boy’s (Jensen Ackles) return will likely be mentioned. Kripke told Deadline:

There’s definitely crossover, and we’re doing our best to design a universe that sees some of the issues and storylines in Season 3 hand off to the first season in Varsity [Gen V]. Like there’s a presidential campaign happening in the background of that season, and there’s certain things that are happening at that school that are both in reaction to Season 3 of The Boys. There’s Soldier Boy, etcetera, but also some new storylines that are happening in that season of the spinoff that we have to pick up and take into Season 4 of the show.

It is unknown if any of The Boys stars will guest star in the series but the lead cast of Gen V has already been confirmed. Leading the cast will be Jaz Sinclair, who previously had a cameo in The Boys. Sinclair will be playing Marie Moreau, an orphaned supe who was living at Vought’s group home, Red River Institute, in The Boys. Her picture was shown briefly in the episode “The Only Man In The Sky.” Sinclair is a young actress on the rise best known for appearing in Slender Man, Paper Towns, and The Chilling Adventures of Sabrina.

Sinclair will be joined by co-star Lizze Broadway, who portrays a character named Emma Shaw. No details about Shaw are known so far, but Broadway has quite a bit of experience on the small screen with appearances in Here and Now, Splitting Up, and American Pie Presents: Girls’ Rule. Another The Chilling Adventures of Sabrina star, Chance Perdomo, has also been cast in the series in an undisclosed role. Teenage Bounty Hunters‘ Maddie Phillips, hip-hop singer Derek Luh, and Bridgerton‘s Shelley Conn, have all also been cast in undisclosed lead roles. London Thor and Asa Germann will also star in the series in their first major TV roles.

Arnold Schwarzenegger’s son, Patrick Schwarzenegger, is also set to appear in the series as a college student named Golden Boy. Meanwhile, Sean Patrick Thomas will appear as a character named Polarity. Gen V will mark his second appearance in The Boys‘ universe as he previously voiced a male reporter for Diabolical. Lastly, Tideland star, Marco Pigossi, will appear as a character named Doctor Edison Cardos, and Supernatural’s Alexander Calvert will round out the cast in an undisclosed role.

The trailer promised an absolutely blood-soaked supe adventure. The series of clips shown in the trailer depicted plenty of chaos and gore as the camera panned across bodies and blood-soaked students, and even showed someone shoveling up human remains from the street. It also gave a first look at the majority of the lead cast members. Additionally, it teased surprise appearances from several of The Boys‘ characters including Jessie T. Usher’s A-Train, Colby Minifie’s Ashley Barrett, and P. J. Byrne’s Adam Bourke. With a stellar-looking cast, promises of gore, and cameos from The Boys characters, Gen V‘s first-look teaser raises anticipation for the series.

Details about Gen V have been kept pretty tightly under wraps. However, Amazon did give one look at the show’s setting. The Vought International Twitter page shared two photos of the interior of Godolkin School, and it looks very interesting.

The school is very luxurious looking. However, having Vought and The Seven advertisements plastered onto nearly every square inch of the school doesn’t look very appealing. It suggests that these students aren’t going to have a choice about whether they agree or disagree with Vought’s and The Seven’s methods when their school is significantly Vought-themed. If you look closely, you can even see an advertisement for Vought Burger in the school’s cafe. It’s not really surprising that Vought would attempt to make a college into a living advertisement for itself, though.