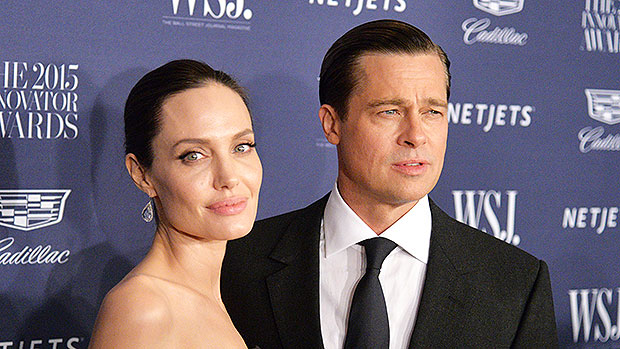 Angelina Jolie, 47, reacted to her ex-husband Brad Pitt‘s claims about her wanting to sell her portion of their French winery, which they bought in 2008, and called them “malicious” among other words, in new court documents obtained by HollywoodLife. In 2021, the actress revealed she wanted to sell her interest in Chateau Miraval S. because of her personal objections to owning an alcohol company, and the actor, 58, who sued her, claimed they were working on finding a buyer until they found out the decision in their custody battle over their children was in his favor. He said she then stopped talking with him about the vineyard and went on to sell her stake to a company called Tenute del Mondo, which is owned by Russian oligarch Yuri Shefler.

Brad also claimed that ever since the sale, Shefler has been attempting a “hostile” takeover of the company and wants the sale invalided. Angelina’s company Nouvel countersued Brad for $250 million and claimed he wasted the company’s assets by spending money on vanity projects and making bad decisions. The Girl Interrupted star called Brad’s claims “frivolous, malicious, and part of a problematic pattern,” in the new documents, which were first reported by RadarOnline.

“Pitt’s allegations that he and Ms. Jolie had a secret, unwritten, unspoken contract to a consent right on the sale of their interests in the property is directly contrary to the written record and, among other legal defects, violative of the Statute of Frauds and public policy,” she added.

HollywoodLife has reached out to both Angelina and Brad’s reps for comment but have yet to hear back.

The latest documents in the current legal battle between Angelina and Brad, who officially divorced in 2019, comes two months they made headlines when Angelina accused the Fight Club star of committing violent acts against her and their children. She claimed that the negotiations over the French winery “had broken down” after he allegedly demanded she sign a NDA prohibiting her from discussing her his “physical and emotional abuse” that she alleged occurred six years ago. She also shared a story where Brad allegedly had a “physical and verbal outburst” against her and their kids on a plane in September 2016, just days before she filed for divorce.

One day after Angelina’s claims went public, Brad’s rep denied them. “(Jolie’s) story continues to evolve each time she tells it with new, unsubstantiated claims. Brad has accepted responsibility for what he did but will not for things he didn’t do. These new allegations are completely untrue,” the rep said in a statement to CNN.

Harrison Ford Is a Family Man – Get to Know His 5 Kids
What Does Yara Zaya Do for Work? Is She Really a “Gold Digger” Like Critics …
Hearts of Steel
‘Fear’, ‘Infinity Pool’, ‘Skinamarink’ Scare Up Cash In Indie Horror Bonanza – Specialty Box Office
Drew Barrymore Pokes Fun at Leonardo DiCaprio’s Bad Boy Reputation