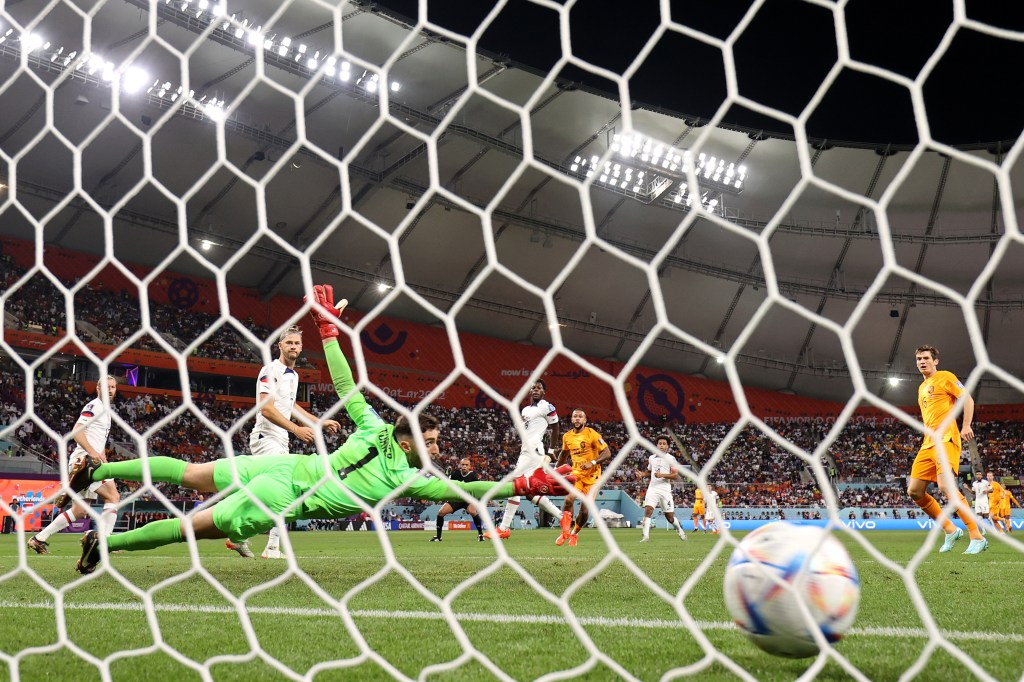 The United States fell behind early in their second-round clash with the Netherlands on Saturday at the FIFA World Cup in Qatar and was unable to work its way back despite having its share of chances, losing 3-1 to end its run at the tournament.

After a point-blank opportunity from Christian Pulisic to open the scoring in the second minute was denied, the Dutch scored in the 10th minute and again on the final touch before halftime after the U.S. had been dominating the final 15 minutes of the first half. The Netherlands added a third goal in the 81st minute to seal the deal.

The Dutch, which had won their group and is widely considered the top nation to never have won a World Cup, advances to play the winner of today’s Argentina-Australia game on Friday (11 a.m. PT).

The U.S. ends its time in Qatar after finishing second in its group after ties with Wales and England and then beating Iran in a must-win game earlier this week. They were attempting to reach the quarterfinals of the tournament for the first time since 2002.

At the very start, Pulisic found himself alone eight yards from the Dutch goal with Andreas Noppert only to beat, but his shot was kicked aside from the 6-foot-8 keeper two minutes in. The momentum shifted quickly when Dutch striker Memphis Depay ran onto a Denzel Dunfries cross alone in the box to beat U.S. keeper Matt Turner and make it 1-0.

The U.S. found its footing later and were just descovering ways to get around the Dutch’s clogging of the U.S. midfield that had been so strong in the group stage, dominating the final 15 minutes of the half but giving up a goal to defender Daley Blind just at the stroke of halftime off another Dunfries cross.

It seemed to kill any puff of the Americans, who had several chances in the second half go astray. Eventually the U.S. got on the scoreboard when sub Haji Wright spun in a cross from Pulisic in the 76th minute to make it 2-1.

But Dunfries shut down any hope of an equalizer, getting behind the U.S. defense as the U.S. was forced to press forward. Blint found him uncovered on the back post with about 10 minutes left to finish the scoring and the Americans.