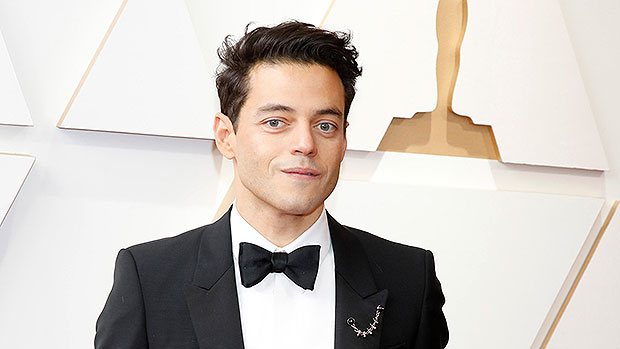 Although their characters were enemies in the most recent James Bond film, Rami Malek and Lea Seydoux certainly seemed like old chums as they were spotted enjoying a sushi dinner date together. The actor, who played villain Lyutsifer Safin in No Time To Die, wrapped his arms around the actress, who portrayed Dr. Madeleine, in West Hollywood on Friday night, Dec. 2 while they arrived at the celeb hotspot, as seen in photos here. The fun night out between the pair ended with a photo shoot on Sunset Blvd., where Rami snapped hilarious pics of the gorgeous French star.

It would appear the pair are just friends, as both Rami and Lea are in long-term relationships. While Rami took home the Best Actor Oscar for his role as Freddie Mercury in 2018’s Bohemian Rhapsody, he also came out with a girlfriend in his co-star and onscreen love interest, Lucy Boynton. In July, the cute couple looked totally loved up at Wimbledon, where they held hands and cheered on the athletes together. Rami even gave Lucy a standing ovation at the 2022 Deauville Film Festival in Deauville, France in September, according to Elle.

Although they have been hitting red carpets with aplomb since hooking up, Lucy spoke about how fame can be a bit of a burden on her boyfriend. In an interview with Net-A-Porter’s Porter, Boynton explains that fan fervor surrounding her boyfriend can take a toll. “It’s lovely to see people who are excited about his work — if they’ve seen Mr. Robot or [the] Freddie [Mercury biopic, Bohemian Rhapsody] — but it’s just that thing of people grabbing him,” she explained to Net-A-Porter’s Porter. “I mean, you’d never grab a complete stranger in the street. And I think there’s a sense of ownership.”

Meanwhile, Lea started up a romance with Andre Meyer in 2015. After a brief rumored relationship with Jake Gyllenhaal, Lea got together with Andre, and they have been going from strength to strength ever since.  On January 18, 2017, the couple welcomed their first child together, a son.