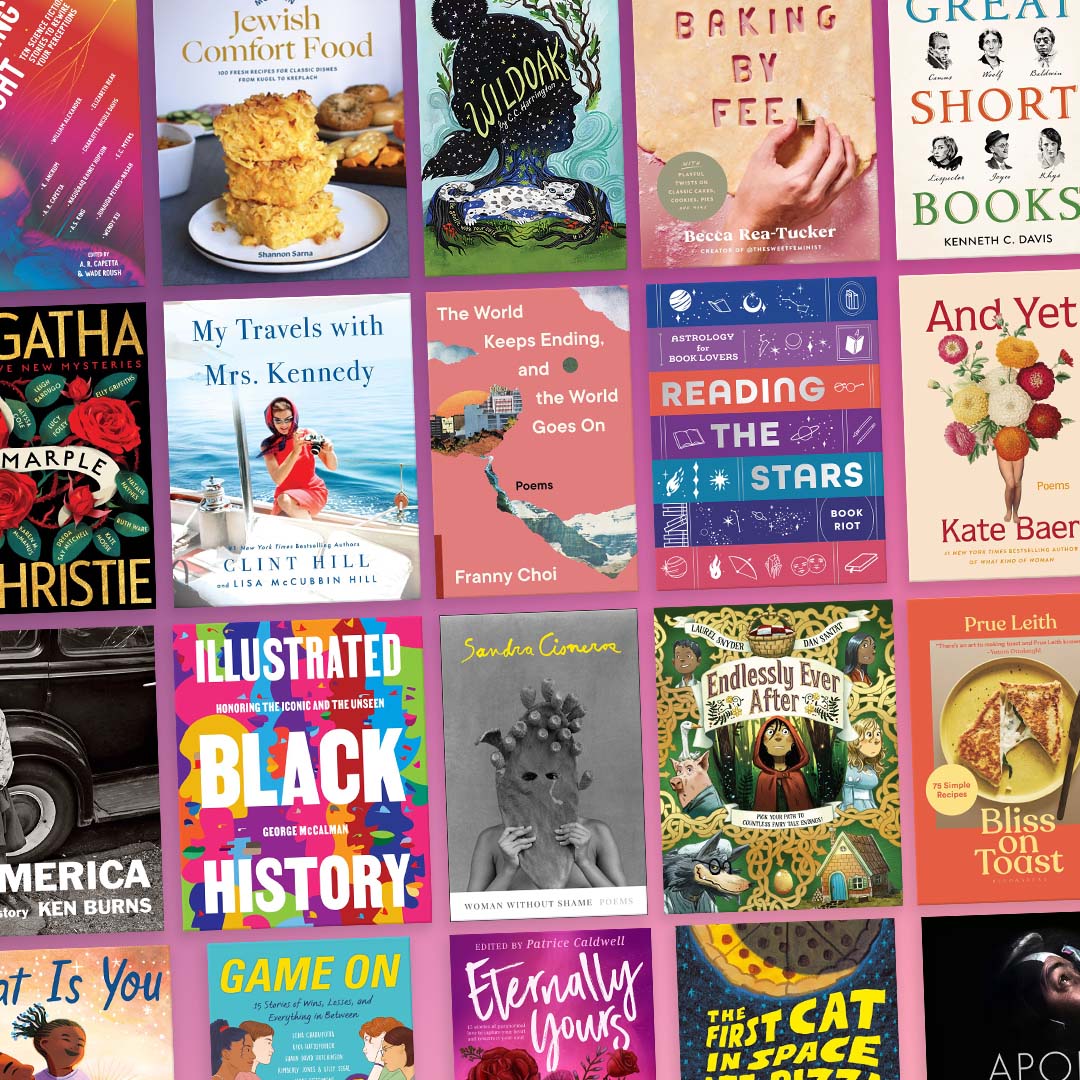 Documentary filmmaker and historian Ken Burns believes that photographs are portals “not just to a different time and space but also to dimensions and possibilities within myself.” Through photographs and illustrations, these books are guaranteed to transport you.

Apollo Remastered: The Ultimate Photographic Record is a weighty, large-format coffee table book that beams readers right into its cosmic world. The original NASA film from the Apollo missions (which includes some 35,000 images) has been safely secured inside a frozen vault at the Johnson Space Center, but new technology has allowed digital restoration expert Andy Saunders to painstakingly remaster this treasure trove of photographs, many of which have never been published. The results are pure magic, full of clarity, sharpness and color that make readers feel like part of the team—a far cry from those grainy images that were broadcast on TV at the time.

During their spaceflights, many astronauts were shocked by how moved they felt looking back at Earth, and readers will see why. Apollo 14 astronaut Edgar Mitchell notes, “You develop an instant global consciousness, a people orientation, an intense dissatisfaction with the state of the world, and a compulsion to do something about it.” Apollo 9’s Rusty Schweickart recommends reading this book at night, surrounded by darkness and silence, to allow the gleaming spacecraft and spacesuits to shimmer and shine.

In the tradition of Walker Evans’ groundbreaking 1938 book, American Photographs, Ken Burns has assembled a collection of his favorite images in Our America: A Photographic History. “I’ve needed forty-five years of telling stories in American history, of diving deep into lives and moments, places and huge events, to accrue the visual vocabulary to embark on this book,” he writes in his introduction.

These black-and-white photographs are arranged chronologically from 1839 to 2019, with only one on each page for full visual impact. They’re labeled by date and place (at least one for each state), with fuller explanations at the back of the book, and they are mesmerizing, drawing on a multitude of personalities, emotions and events. The images depict the brutally scarred back of an enslaved man, decomposing bodies at Gettysburg, frozen Niagara Falls, a 1909 game of alley baseball in Boston, the bombing of Pearl Harbor, Elvis onstage and, finally, a stunning portrait of Congressman John Lewis from 2019.

For Illustrated Black History: Honoring the Iconic and the Unseen, artist, designer and creative director George McCalman created 145 original portraits spotlighting Black pioneers in many fields, each accompanied by a short biographical essay. Moving alphabetically from Kareem Abdul-Jabbar to cinematographer Bradford Young, McCalman uses a bold array of acrylics, watercolors, pen and ink and colored pencils, to capture each personality in an individualized way. “I document body language, I document exuberance, I document pain,” he writes. “I draw like a reporter because I am a reporter.”

McCalman began this project by challenging himself to paint one such portrait every day for a month, and the result overflows with energy and color. His choices are inspiring and well-rounded, running the gamut from Frederick Douglass and James Baldwin to activist Alicia Garza and food journalist Toni Tipton-Martin.

My Travels With Mrs. Kennedy

Despite the mountains of books already written about the Kennedys, I couldn’t put down My Travels With Mrs. Kennedy, a conversational memoir and very personal photo album by Clint Hill. A former Secret Service agent who served under five U.S. presidents, Hill was present during John F. Kennedy’s assassination and later assigned to the first lady and her children. He’s written other books about those experiences, including several with his wife and co-author, Lisa McCubbin Hill.

This book was sparked by the process of cleaning out the garage of Hill’s home in Alexandria, Virginia, going through boxes of memorabilia, including a forgotten steamer trunk. Dialogue between the co-authors makes the book immensely readable as they discuss their discoveries and Hill’s memories. Numerous photos bring each scene to life, capturing intimate moments that reveal the first family’s personalities, especially that of Jackie. Of their relationship, Hill writes, “It wasn’t romantic. But it was beyond friendship. We could communicate with a look or a nod.”

The Only Woman is a unique gallery of group portraits that contain a lone female figure surrounded by men. There’s Marie Curie, for instance, with her head in her hand, looking downright bored among a group of suited scientists at a 1911 conference in Belgium. There’s 9-year-old Ab Hoffman, who earned a spot on a Canadian hockey team for one season in 1956 because her coaches hadn’t noticed her gender. In a 1982 photo, a white male U.S. Army Diver candidate sneers at Andrea Motley Crabtree, a Black woman who made the training cut when he didn’t. “Most of the men hated me being there,” Crabtree recalls. “He couldn’t understand how I was better than him.”

Oscar-nominated documentary filmmaker Immy Humes provides concise commentary throughout her collection, which spans from 1862 to 2020. She speaks to “the pleasure of spotting them, and then, most of all, the mystery of them: What was she doing there?”

In need of some creative downtime? Curl up with the hefty Affinities: A Journey Through Images From the Public Domain Review and lose yourself in a delightfully imaginative, visionary game. The book’s 350-plus pages contain a miscellany of images arranged to showcase unexpected similarities. For example, one section features the shapes of outstretched arms as seen in a 16th-century drawing of a mechanical arm, an image of the Borghese Gladiator sculpture, a John Singleton Copley painting and—of all things—a photo of damage sustained to the bow of the HMS Broke during a World War I battle.

With images old and new from around the world, all selected from the archive of the Public Domain Review, this is a book designed for random perusal. Some images come with suggested paths to different pages, creating a sort of chutes-and-ladders effect. As explained in the introduction, the result is “a maze of rootlike cut-throughs that allow you to move through the book in different ways, to disrupt the sequence and carve through your own serpentine trajectory.”

Andy Cohen Apologizes To Larsa Pippen For ‘Screaming’ At Her During ‘RHOM’ Reunion
The Walt Disney Company to mark 100th anniversary with new experiences
The “Daisy Jones & The Six” TV Show Includes a Full Album: Listen to the First Song
51 Long Hairstyles & Haircuts You Need To Try In 2023
Tyre Nichols’ Death At Hands Of Memphis Police Protested By March In Downtown Los Angeles And Other Cities