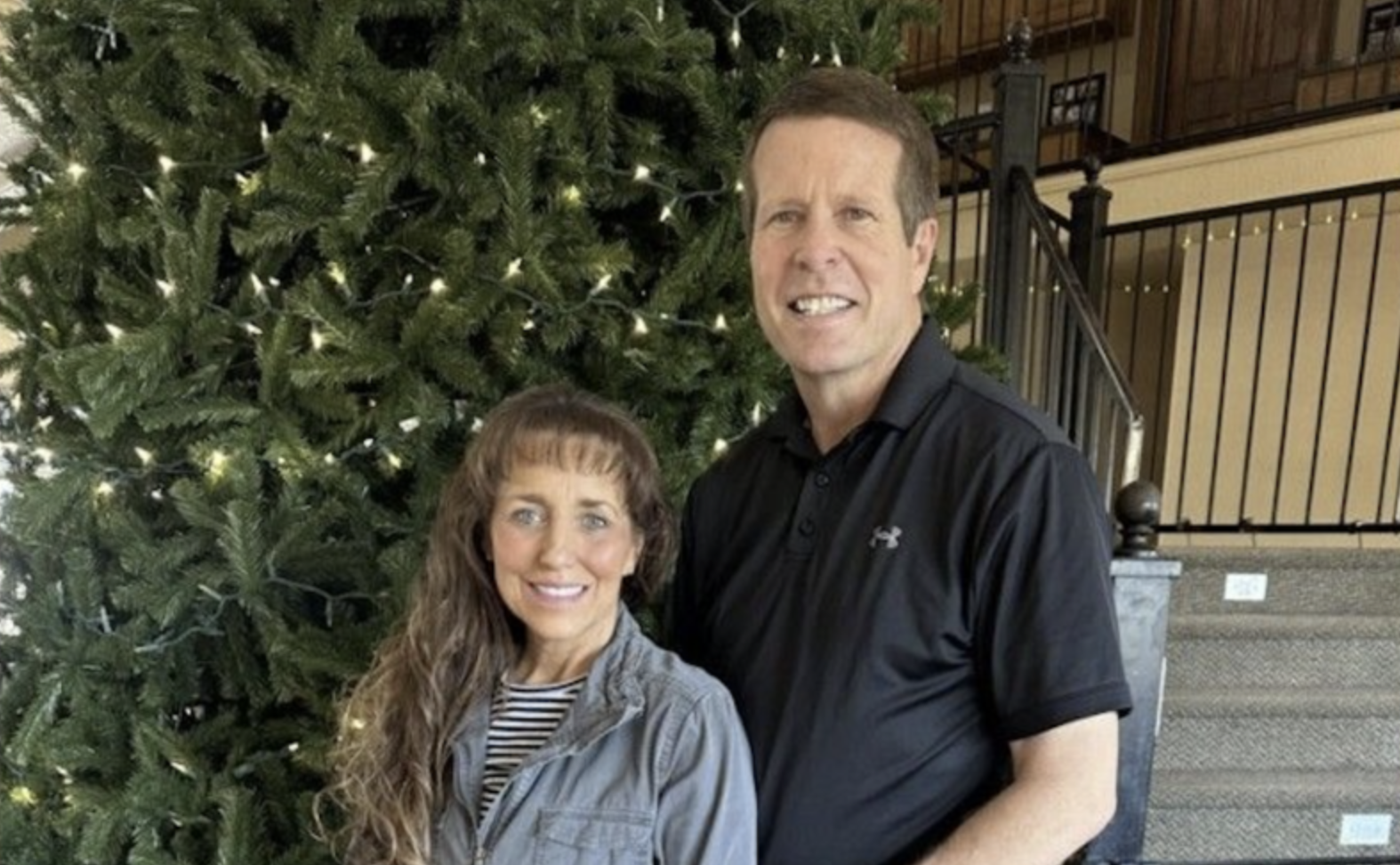 The Duggars are not known for living the healthiest of lifestyles.

While it’s true that they believe everyone who smokes, drinks, or sleeps past 5 am will be condemned to the hottest corner of hell, the Duggars also think the four food groups are tater tots, aerosol cheese, Slim Jims, and Crisco.

So when Jim Bob and Michelle posted the photo below earlier this week, fans weren’t sure what to think.

We imagine the number one question on the minds of most Duggar diehards was — where’s the rest of them?

Yes, as you can see, Jim Bob and Michelle have lost a considerable amount of weight.

And while fans have expressed concern that the couple — Jim Bob, in particular — is losing weight too rapidly, it seems that the shrinkage is a result of some careful dieting.

Yes, many assumed that it was the stress of Josh Duggar’s child pornography conviction that caused his parents to shed the weight so quickly.

But according to a recent post on the Duggars’ official blog, it’s actually a result of a bone broth fast that began after Jim Bob didn’t like what he saw in the mirror one morning.

“I stepped on the scale (after eating a double Sonic cheeseburger and large fry and drinking a large cherry limeade on the drive home) and, to my shock, I weighed 232 pounds,” he wrote.

“This was the most I had ever weighed. I’m fairly tall, just over 6ft, but I wasn’t in shape and I knew this wasn’t a healthy weight for me. Most of the pounds were right in front of me hanging over my belt.”

Jim Bob admitted that the weight was mostly the result of over-indulgence in the fatty foods for which the Duggars have become known.

“Over the past decade and a half, I have made some unhealthy food choices,” he wrote.

“We’ve traveled quite a bit as a family, and it was easy to eat a lot of fast food,” he explained, noting that, “while it was convenient, it wasn’t good for me.”

The blog post provided a rare glimpse into Jim Bob’s sensuous side, as he admitted that loves everything about food, including “how it smells, how it tastes, and the full feeling after eating a big meal.”

“Plus, my wife and kids are excellent cooks which makes it even harder,” he continued.

“With more than 60 people in our family now, it seems like every week we are celebrating birthdays or anniversaries, and most of the time with cake and ice cream! I knew I liked food more than working to be fit.”

On Reddit, however, critics were not impressed with the couple’s efforts.

“They both look very unhealthy,” one user wrote, according to UK tabloid The Sun.

“That was my thought as well. Not sustainable, he will likely gain it all back plus some. It’s just not realistic,” a third chimed.

Pretty harsh — but mighty mild compared to the sort of criticism this family usually receives!