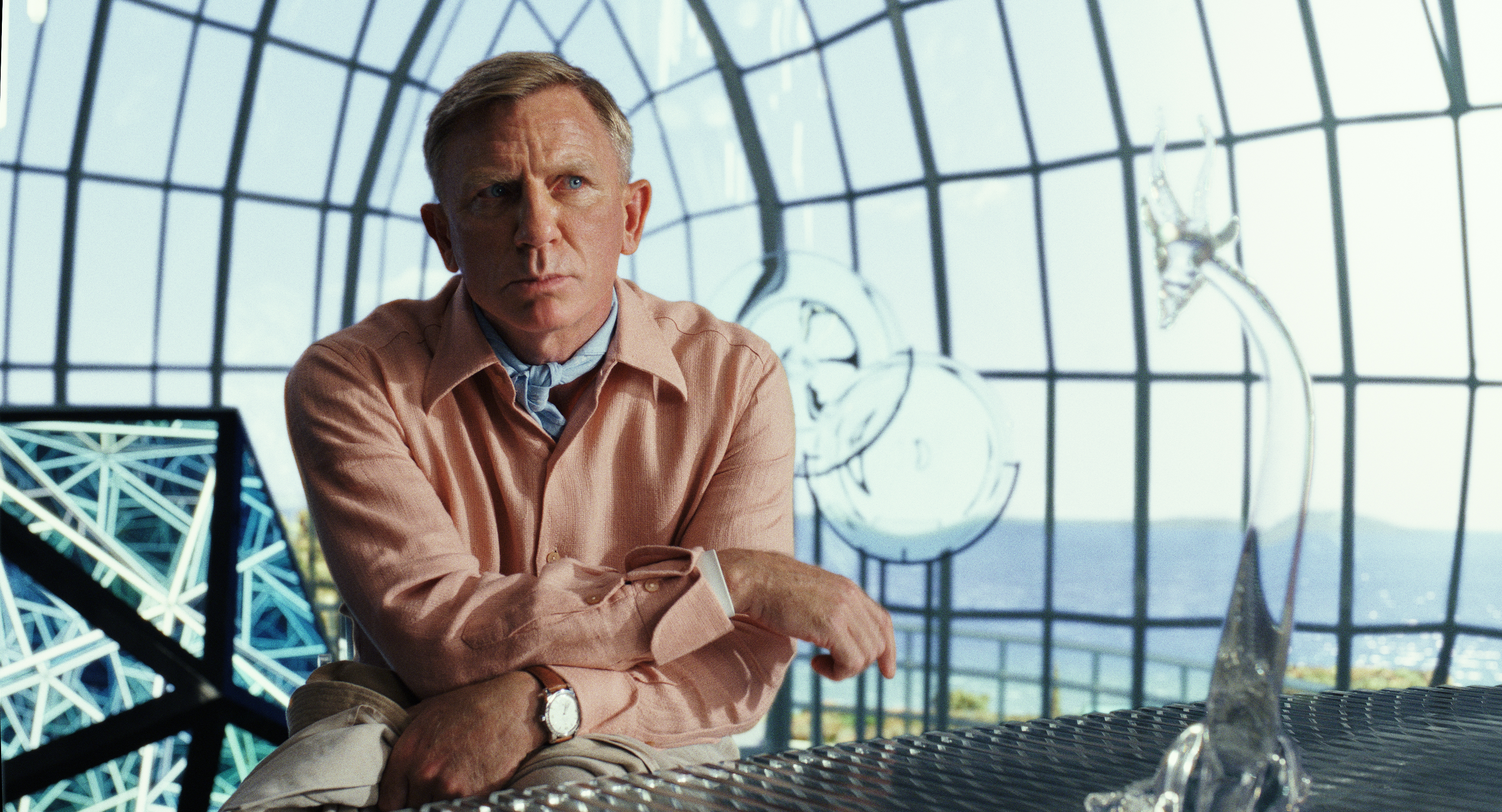 Just like the first movie, Glass Onion featured an all-star cast, with some of them appearing (or even not appearing) for literal seconds. Joining stars like Daniel Craig, Edward Norton, Janelle Monáe, and more, there are so many famous faces that you might well have missed some on your first watch.

Not to worry, here’s a breakdown of where every cameo takes place, from the most obvious to the most subtle.

Glass Onion kicks off with a cameo that might have passed you by, as his music is better known than his appearance, having not made many media appearances during his career. Famed cellist Yo-Yo Ma makes a brief appearance at a party thrown by Birdie Jay (Kate Hudson). Yo-Yo Ma also jumps inn to help Birdie and her friends solve a puzzle box sent to them by Miles which contains a piece of classical music, putting his musical knowledge to excellent use.

Another musical great to make an appearance is Stephen Sondheim, in an appearance filmed before his passing in November 2021. Acclaimed for his work on musicals such as West Side Story and Into The Woods, to name but a few, Sondheim appears in Glass Onion during a Zoom call with Blanc himself.

Angela Lansbury’s cameo in Glass Onion is similarly bittersweet to Sondheim’s, having also passed away since filming. What’s more, she’s one of the queens of the murder mystery genre, having played the leading role of Jessica Fletcher in Murder, She Wrote for over 12 years, so it only makes sense for her to turn up in this murder mystery movie. Like Sondheim, Lansbury plays herself while playing Among Us on Zoom to try and cheer up Blanc during lockdown.

Joining the star-studded bathtime Zoom, Orange is the New Black and Poker Face‘s Natasha Lyonne is also in on the action. As one of director Rian Johnson’s closest friends, it’s perhaps not surprising to see the actor appear briefly here.

Movie star Ethan Hawke’s cameo in Glass Onion was well-publicized ahead of the movie’s release, so it might have surprised some people to only see him for a few minutes. Credited only as Efficient Man. Hawke shows up at the pier in Greece—and then never again. Was anyone else waiting for him to somehow appear and be the murderer?

Hugh Grant’s cameo in Glass Onion offers another look into Benoit Blanc’s private life, appearing as his baking partner. During a flashback, it is Philip who opens up the door to his and Blanc’s apartment and reveals Blanc’s first potential client since the pandemic started, announcing the delivery of a mysterious box.

One of many bizarre ways that the movie illustrates Miles Bron’s ridiculous wealth is that his gym comes with its own personal trainer, none other than tennis superstar Serena Williams. Though Williams isn’t on the island in person, she does offer a lighthearted jumpscare when what you assume is a giant poster starts moving, offering to give Blanc and Andi Brand a training session via a virtual screen.

Perhaps the most hidden cameo is Joseph Gordon-Levitt’s, who hilariously provided the voice for the ominously loud clock reading out the time loud enough for the whole island to hear for each hour. Funnily enough, Gordon-Levitt had a similar cameo in another of Rian Johnson’s films, voicing an intensely violent piece of dialogue in a parody of Law & Order in Knives Out.

Bron spent a lot of time in Glass Onion making himself seem more important by referencing other celebrities throughout the film, such as Jeremy Renner’s line of homemade hot sauce in the movie, and Jared Leto’s brand of hard kombucha.