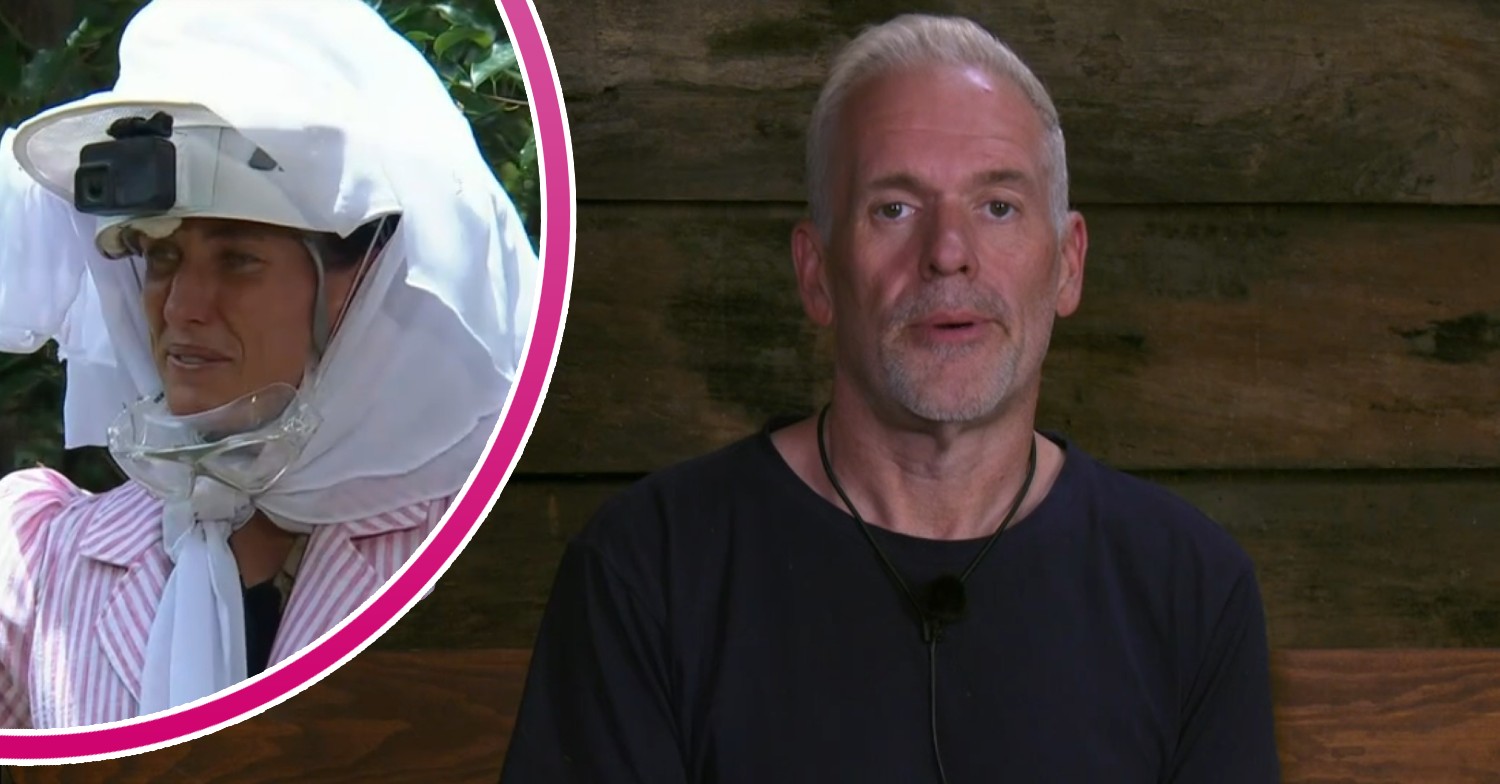 However, viewers weren’t happy with Chris Moyles‘ behaviour, with many branding him “useless” and questioning his spot in the camp after he failed to step up and do the trial.

What happened on I’m A Celebrity tonight?

Like last night (Tuesday, November 22), the celebrities had to decide amongst themselves who was doing tonight’s Bushtucker Trial.

Seann Walsh and Mike Tindall were exempt from the trial after doing yesterday’s – meaning the remaining campmates had to put themselves forward.

Matt Hancock, Jill, and Owen Warner put themselves forward to do the trial, however, Chris and Babatunde Aleshe were far more reluctant to.

Chris said he would put his name in the hat, but wasn’t feeling confident.

“[I said] ‘I’ll do it’ but in a voice tone that sounds hesitant and not very confident,” he said later on in the Bush Telegraph.

“Because I’m hesitant and not very confident.”

“I think it’s about time that I pulled my sleeves up and did it,” Jill said, and camp agreed – meaning she was off to do the trial.

Viewers of the show were not impressed with Chris not wanting to do the trial.

Many took to Twitter to slam the former Radio One DJ.

“Chris Moyles you are so [bleeping] useless pls remove yourself from the camp I beg you,” one viewer ranted.

“Apart from money, genuinely no idea why Chris is in the show. He’s added little & hasn’t challenged himself at all,” another said.

“Why is he [Chris] even there? He doesn’t want to be there and bring ZERO entertainment.. he has to be going tonight!” a third wrote.

“Chris bottling it again,” another moaned.

“What’s the point of Chris Moyles?” a fifth asked.

How did Jill get on in the trial on I’m A Celebrity tonight?

Elsewhere in the show, Jill took on the Critty Critty Fang Fang trial – and absolutely smashed it!

Dressed as Truly Scrumptious, Jill had to clamber out onto the wings and bonnet of the car and retrieve stars.

She had to do all this while the car was suspended high above the jungle floor.

Jill smashed the trial as she managed to pick up all seven stars in a truly brave display.

“Oh my god! That was scary!” Jill said once she was back on the ground.

“I did actually feel the pressure coming into this. It’s all on you to get stars for camp. The lads are so hungry and you know you can ruin like six people’s days [if you don’t get enough stars],” she continued.

She then continued, saying: “I was so scared. I hate heights, honestly, I hate them. I was alright once I got into it… when that dropped and I really swore as well. Sorry grandma, it just came out.” 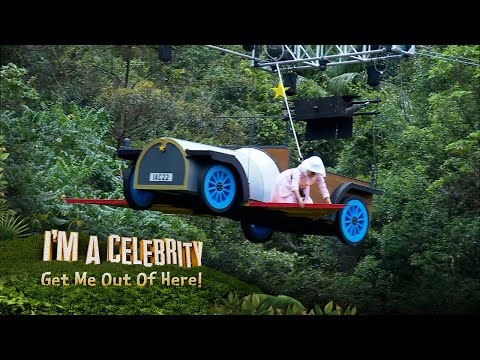 What do you think of Chris not doing the trial? Leave us a comment on our Facebook page EntertainmentDailyFix and let us know.