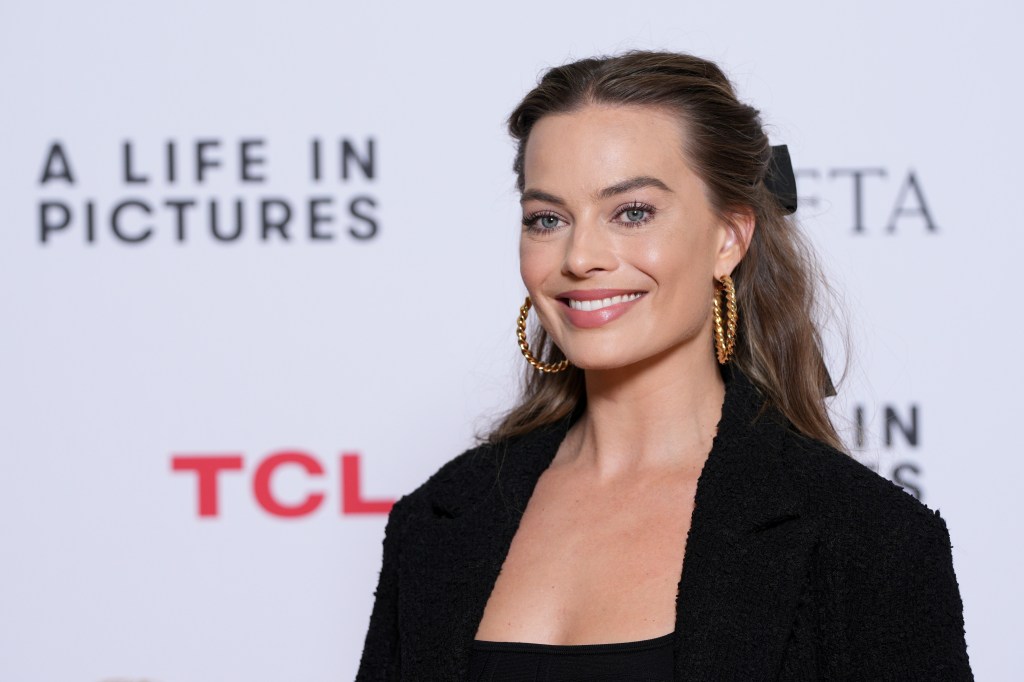 Margot Robbie dug into some of the biggest moments of her career in a rare onstage appearance as the latest subject of BAFTA’s popular A Life In Pictures series Tuesday.

The session was lengthy and wide-ranging, but off the bat, Robbie was asked about her experience shooting her breakout Hollywood role in Martin Scorsese’s 2013 film The Wolf of Wall Street and she told the audience that she also partly served as a writer on the Oscar-nominated flick.

Robbie said the fraught scene near the middle of the film where her character Naomi Lapaglia chases down an intoxicated Jordan Belfort (Leonardo DiCaprio) only for him to crash a car with their daughter inside was not originally in the script.

“What happened previously in the script was that I walked into his office and said I want a divorce. And that was it,” Robbie said.

Robbie said the night before shooting the scene, she, Scorsese, and DiCaprio went over the script and felt that they were missing a moment that would tie the sequence together, so they returned to Belfort’s biography for inspiration.

“We started riffing, and we locked ourselves in a room until like three in the morning and came up with all of that. And the sex scene that comes before that,” she said. “Our brilliant 1st AD Adam Somner was probably tearing his hair out because out of nowhere we were like, so, we’re gonna need to break the garage door of someone’s house, break a car window, and destroy a coach.”

When asked whether she found it intimidating as a then-22-year-old actor to offer notes on a Scorsese script, Robbie said the Mean Streets director had created an environment where experimentation was encouraged.

“We were a couple of months into the shoot at that point. The tone had been set that it was a bit of a free for all,” she said. “It was like the crazier you are, the more Marty will like it. And the more screen time you’re going to get.”

Later Robbie said Scorsese only gave her one piece of direction throughout the entire six-month shoot. The rest of the time, she said, was spent chatting with the director and sharing stories.

“We spoke all the time. I’d sit at video village, and he would tell stories about the Mafia and old film stars, but he didn’t actually give direction,” she said.

However, Robbie said one thing Scorsese told her during the shoot has stuck with her ever since, and it surprisingly had very little to do with acting.

Elsewhere during the session, Robbie spoke about her shift into producing films. Her first producing credit was 2017’s I, Tonya, a film that she told the audience also gave her the confidence to write a letter to Quentin Tarantino in hopes of finding a project to collaborate on.

“I, Tonya was the first time I watched a movie and thought I’m a good actor. And I thought, ‘Okay, I’m ready to reach out to my idols.’ And that’s when I wrote the letter to Quentin,” she said.

Robbie, of course, went on to star in Tarantino’s 2019 flick Once Upon a Time… in Hollywood. While discussing the film, Robbie pushed back against criticism the film garnered upon its release for the limited screen time given to her portrayal of Sharon Tate.

“It didn’t bother me. I watched it and thought we got across what we wanted to get across,” she said.

Robbie next returns to the world of golden age Hollywood in Damien Chazelle’s long-awaited Hollywood epic Babylon, and the audience at BAFTA was given a short preview of Robbie’s performance in the film.

Babylon is billed as an original epic set in 1920s Los Angeles as Tinseltown makes the transition from silent films to talkies. The scene projected at BAFTA features Robbie as an actress performing a sequence on a raucous set alongside Chazelle’s wife, Olivia Hamilton, who has a brief on-screen role.

Discussing working with Chazelle, Robbie said: “He’s brilliant. For someone as young as him to have the breadth of knowledge he has and to be such an insanely good director is just really exciting. I loved every single day on that set.”

Before wrapping up the session, Robbie was asked about the much-talked-about Barbie film she is producing and starring in alongside Ryan Gosling. Greta Gerwig is directing from a screenplay she wrote with Noah Baumbach.

“I didn’t know it would have quite the hype it seems to have already,” Robbie said of the film. “I remember when we were trying to set this up, I kept saying to these boards of people that this is the most recognizable word next to coca cola. Everyone knows Barbie. This will hit, so give us more money for our budget.”

Ending the discussion, Robbie, who is the youngest subject of BAFTA’s A Life In Pictures series, said the one director she still wants to work with is Licorice Pizza auteur Paul Thomas Anderson.

James Gunn Is Already Teasing His Plans for the DC Cinematic Universe
Jennifer Lopez Thought She Was “Going to Die” After First Breakup with Ben Affleck
How To Remove Acrylic Nails At Home Without Damaging Your Nail Beds
“Screams From The Swamp” comes to Blu-ray on Dec 27th from VIPCO & Bayview Entertainment
Al Roker Misses Thanksgiving Day Parade, Watches from Home After Hospital Stay