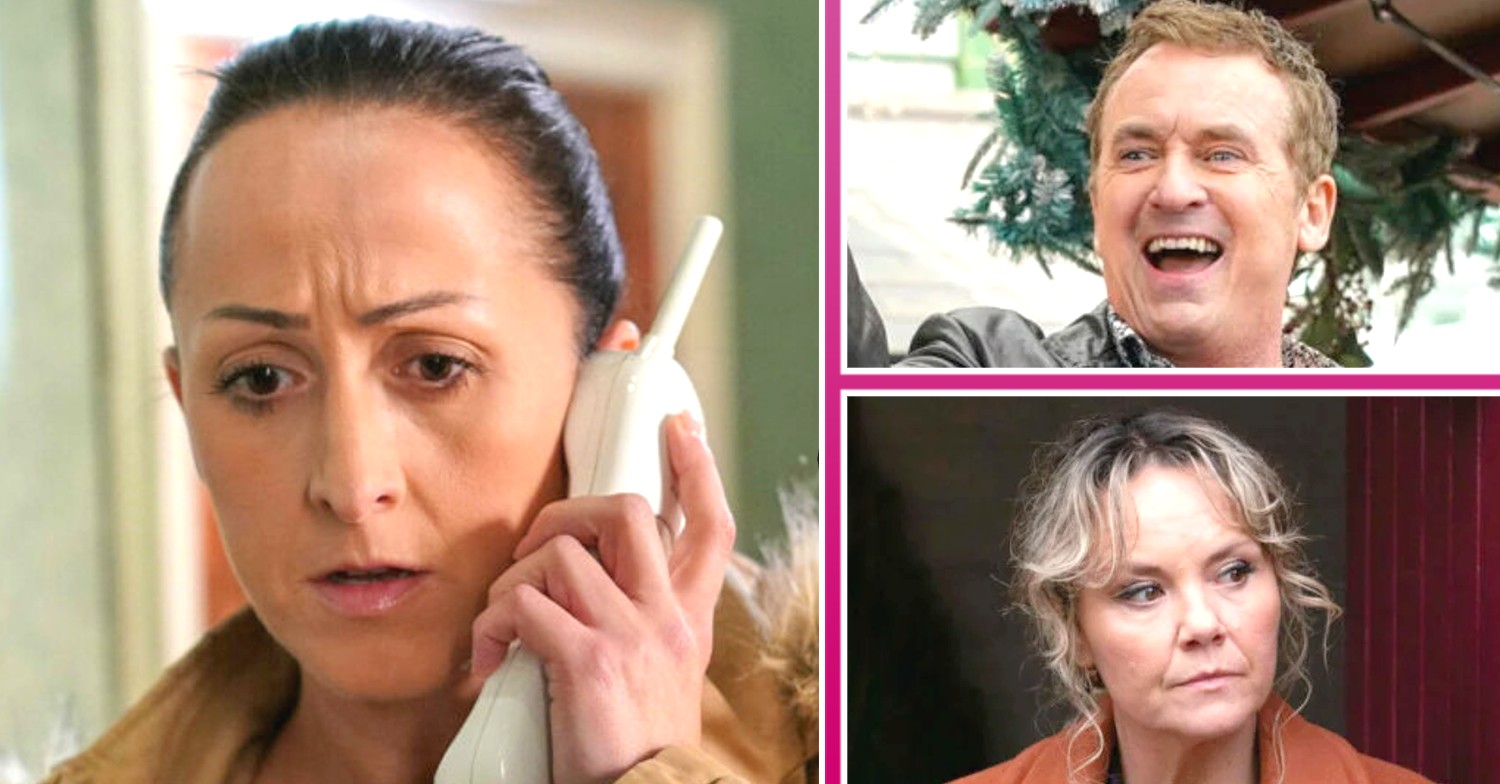 EastEnders spoilers for next week reveal Sonia gets a devastating phone call that shakes the Square.

Meanwhile, Mick overhears Janine talking – has he caught her out on her lies?

1. Sonia gets a heartbreaking phone call 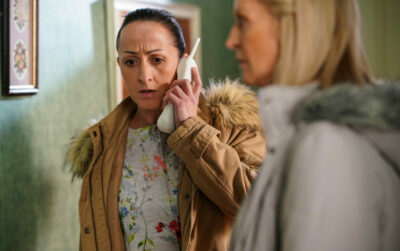 Sonia misses a call on her mobile, but later is contacted at home.

She is heartbroken to receive the devastating news that Dot has died.

2. Mick catches Janine out on her lies? 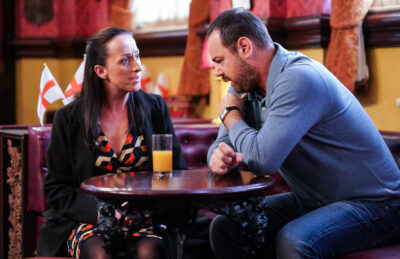 Mick confides in Sonia after Janine gives him upsetting news.

However Sonia knows Janine is lying and confronts her, with Janine promising to tell Mick. 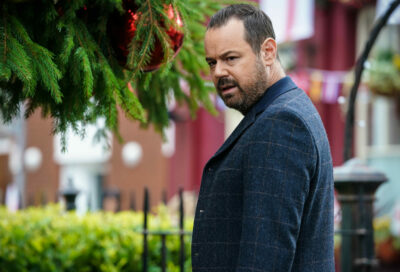 Mick overhears them talking and wants answers over what Janine is keeping from him.

Janine panics, but will she tell him the truth? 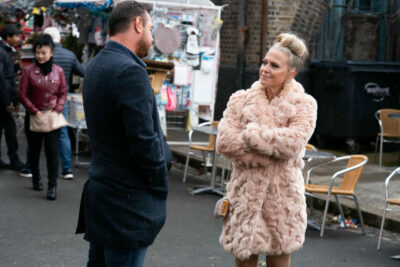 Linda and Mick are clearly growing closer and Janine can see it.

On the Square, Linda confides in Mick her fears for her date later. 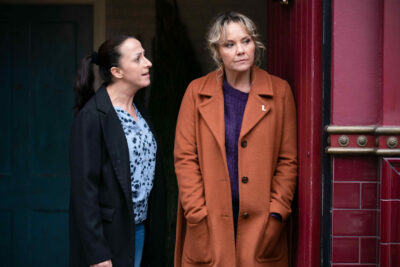 But with her paranoia continuing to grow, Janine is spying on them talking together.

Sonia catches Janine and tells her it’s all in her mind, insisting Mick loves her. 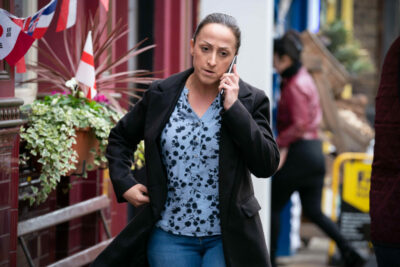 Worried Sonia makes a call – but who to and why? 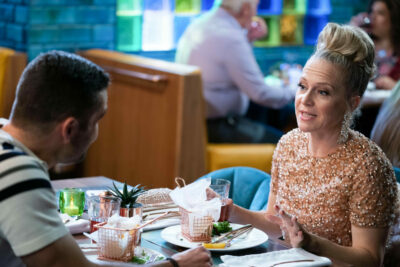 After an initial miscommunication, Linda has a date with Karl.

Things get off to a great start. 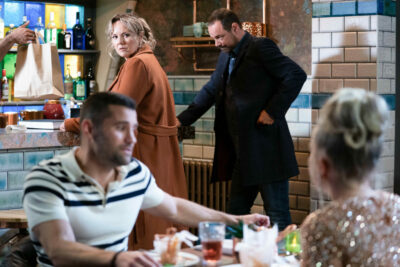 But it all gets awkward when Janine and Mick turn up and Karl asks who they are.

Janine is also suspicious that Mick knew Linda was there. 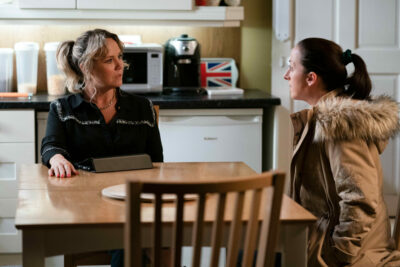 Janine is desperate to find her place in Mick’s life, but soon receives a new blow from Sonia.

Things get worse as it’s clear Linda and Mick are getting on well at the Christmas lights party in The Vic. 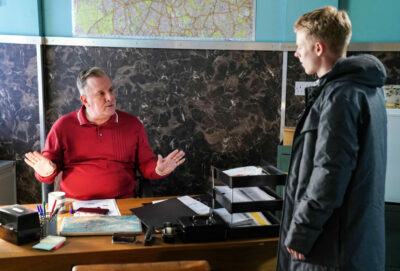 Bobby is stunned to discover Harvey has sent Sophia money.

Freddie gets hold of Harvey’s phone to try and help, but they are shocked by what they discover. 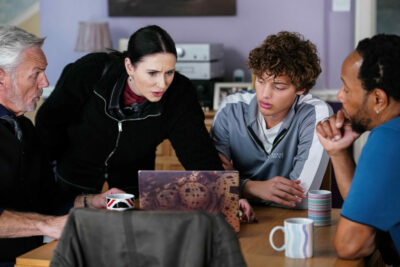 Dotty soon learns what has happened and they realise they have to tell Harvey the truth.

As Harvey sends more money to Sophia, Rocky, Mitch, Freddie and Bobby tell him the truth – but will he listen?

7. Alfie tries to get rich quick 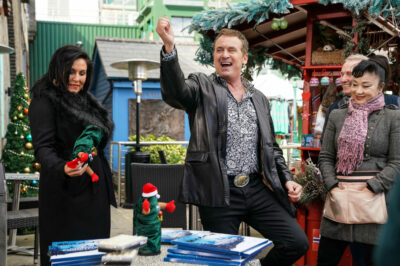 Kat returns and Alfie confesses he’s lost Phil’s money, but he has a plan to get it back.

He starts selling stuff on the market, but will it raise enough? 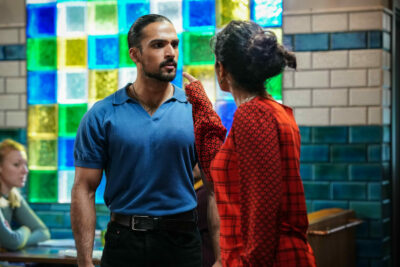 Ravi talks about Ranveer’s funeral, but Suki snaps at him and walks out.

9. Jack reaches out to Amy 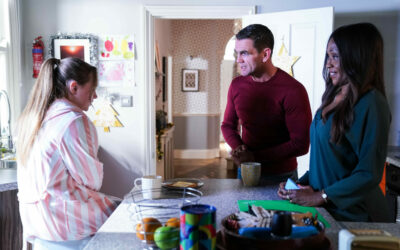 As Jack continues to struggle with Amy, Denise steps in to help.

Amy starts to warm to Jack, but is it enough to get her the help she needs?