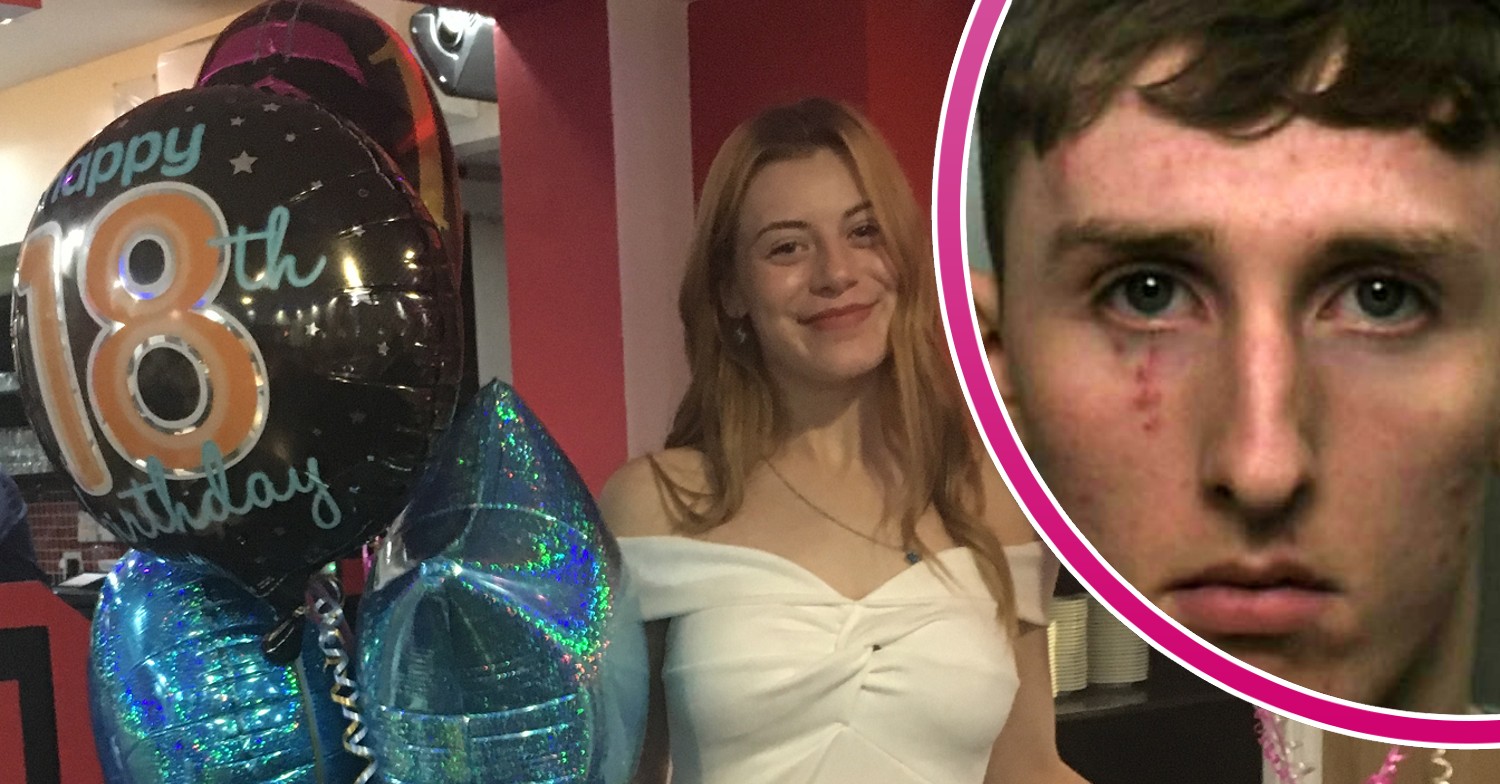 What the Killer Did Next is a new series on Sky Crime and the first episode follows the heartbreaking true story of Megan Newton.

Megan was a young football coach who offered her school friend, Joseph Trevor, a place to stay after a night out.

But little did she know, he would abuse her trust in the vilest way by raping and murdering her on the same night.

Here’s everything we know about the harrowing true story of Megan Newton, which features in the new Sky Crime series.

What the Killer Did Next on Sky Crime: Who was Megan Newton?

Megan Newton was working hard in her sports and science studies at Newcastle College.

She dreamed of becoming a sports therapist or physiotherapist.

However, in April 2019, her life was cut tragically short after she was brutally murdered.

Megan was very popular with a wide circle of friends and there was nothing the Stoke City fan loved more than football.

She played for the Stoke Town under 18 ladies’ team, and gave up her weekends to coach Norton Wanderers’ under-7s team.

Megan was known to be very kind and caring, but unfortunately it was an act of kindness that led her to fall into the hands of her killer Joseph Trevor.

What happened to Megan Newton?

Megan had completed her shift at a fish and chip shop on the evening of her tragic death.

Just like Libby Squire, Megan met her tragic fate after a fun night out with her friends at a nightclub.

While she was waiting for a taxi to take her home, she ran into semi-pro footballer Joseph Trevor.

Joseph and Megan already knew each other from their days together in Trentham High School.

She saw him regularly on nights out and she knew his friends.

On the night of the murder, Joseph came to the attention of the police after he was spotted by door staff with a bag of ketamine.

Drunk and high, Trevor was worried about what his police officer parents might say if he turned up at the family home in the state he was in.

So, Megan kindly allowed him to stay at her flat so he could sober up.

However, far from repaying her kindness, Joseph Trevor turned on her.

How did Joseph kill Megan?

No one knows exactly how the events unfolded, but Joseph raped and murdered Megan that night.

Joseph strangled the poor girl with his bare hands for up 15 to 30 seconds.

He then armed himself with a knife from the kitchen and stabbed her nine times in the neck area of her back.

Letting himself out afterwards, Joseph threw away the bloody keys and exited the apartment block.

Her neighbours found the keys the next day.

What the Killer Did Next on Sky Crime: Did they find Megan’s body?

After finding her keys covered in blood, Megan’s neighbours decided to let themselves into her flat and check if she was okay.

However, when they entered her flat, they found Megan’s naked and lifeless body laying face down on her bed.

It is a sight that will haunt them for the rest of their lives.

When Joseph learned that Megan’s body had been found, he confided in his family.

He texted his mum saying that he had “done something bad”.

He was then later arrested in his parents’ home.

Joseph pleaded guilty to her murder and two additional charges of rape on the first day of his trial.

They then handed him a life sentence with a minimum term of 21 years and 65 days and placed him on the sexual offenders list.

In court, Judge Michael Chambers told Trevor: “She had invited you to stay in her home that night as an act of kindness because you had too much alcohol and drugs.

“You felt you were in no fit state to go home to your parents. The attack on her was driven and motivated by your serious and violent sexual conduct.

“You raped her, you went on to strangle her. You went on to arm yourself with a knife from the kitchen area. And stabbed her no less than nine times to the neck and back penetrating her chest and both lungs.”

What the Killer Did Next on Sky Crime: Who killed Megan Newton?

Megan Newton was raped and murdered by one of Stoke-on-Trent’s youngest murderers, Joseph Trevor.

Joseph grew up in Danebower Road, Trentham and had a fairly ‘normal’ childhood.

The court heard that he “comes from a decent, close, good and supportive family”.

In a shocking twist, Staffordshire Police confirmed that both of Joseph’s parents were police officers.

Joseph was a good student at school who received 10 GCSEs at Trentham High School.

He was also studying for his A’Levels at Newcastle College, and had a scholarship from an American University.

Did Joseph have any previous convictions?

Joseph had been accused of rape before, but no charges were pressed against him and he was not prosecuted.

The court heard the sexual assault allegation led to his “very public arrest at school” at the age of 15.

As a result, his school mates gave him the nicknames “paedo” and “Rolf Harris“.

During his trial, Joseph also admitted that the reason he killed Megan was because she apologised for telling people he had raped a girl.

Did Joseph Trevor have depression?

Joseph Trevor had a history of depression.

He also suffered with depression after the sexual assault allegations.

Trevor had previously made an attempt to take his own life.

The court heard Trevor made an attempt to take his own life in March 2019 – a month before murdering Megan – but was talked down from jumping from a bridge over the A50.

The Staffordshire police found him sitting on the bridge.

But, before he could do anything, the officers took him to the Harplands Hospital where his father collected him.

Joseph Trevor also walked to the same bridge over the A500 after killing Megan.

He sat down for some time and drew the attention of a driver.

However, prosecutor Adria Keeling QC claimed that while there was “evidence of depression” it “operated at a low level”.

Joseph Trevor is currently serving a life sentence in jail.

In February 2020, the killer started a life sentence for the brutal rape and murder of his school friend Megan Newton.

The semi-professional football player, 19 at the time of his sentencing, will spend at least 21 years in jail.

Former student Joseph, now 21, was sentenced on February 17 2020 at Stafford Crown Court after he admitted killing and raping Megan Newton, aged 18, on April 19 2019.

Sentencing, Judge Michael Chambers QC, said: “This remains a brutal and sustained attack committed in a most callous way in her own home.

“Megan Newton had her whole life before her.

Joseph Trevor was sentenced to 21 years and 65 days.

He was also sentenced to eight years for two counts of rape to run concurrently.

What did her family say about her death?

In a tribute read out in court, Megan’s grandmother, Beryl Smith, said: “Megan’s death has wiped out that spark in our lives.

“We’re heartbroken and always will remain so.”

“How could this happen to such an amazing, caring, kind, loving, funny young lady. This is something I will never understand and get over.”

The club’s secretary told the BBC: “Megan was loved by us all: players, coaching staff and parents.

“She was a formidable player and a very well-respected team member.

“She was always smiling and had a very mischievous nature which was very endearing.” 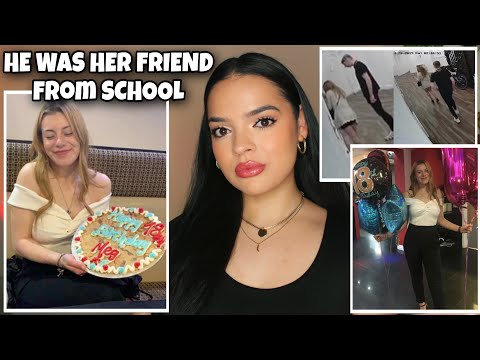 What The Killer Did Next starts on Wednesday November 23 2022 on Sky Crime.

Will you watch the Sky Crime series What The Killer Did Next? Leave us a comment on our Facebook page @EntertainmentDailyFix and let us know.

Stiletto nails | here’s how to achieve pointy perfection
“Chucky” Season 2 Post-Mortem with Don Mancini: “There Were Death Threats” [Interview]
Pete Davidson and Emily Ratajkowski Reportedly Attend Friendsgiving Together
Everything’s Under $30! Save Big On These Limited-Time Beauty And Fashion Deals
Meghan Markle’s Favorite DeMellier Handbag Is on Sale for Black Friday