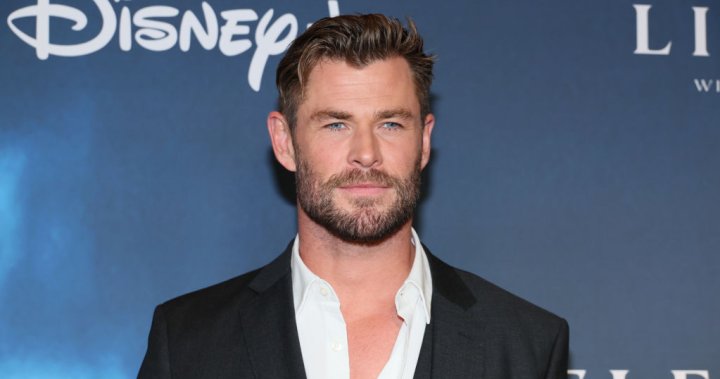 Chris Hemsworth has announced that he will be taking a break from acting after receiving news that he has a heightened genetic risk of developing Alzheimer’s disease.

The Australian actor learned that he has two copies of the APOE4 gene, which can increase one’s chances of developing Alzheimer’s eight- to 12-fold, and is associated with earlier onset of the disease, according to the Mayo Clinic.

About 25 per cent of the population has one copy of this gene, but Hemsworth is in the 2-3 per cent that inherited the gene from each parent.

Hemsworth, 39, discovered this heightened genetic predisposition while undergoing tests for his Disney+ documentary series Limitless, which sees the Thor actor test his body and explore new ways to live longer and healthier.

Hemsworth told Vanity Fair that the tests confirmed his “biggest fear.” The results weren’t a total surprise for him because the actor’s grandfather is currently being treated for Alzheimer’s.

“It’s not like I’ve been handed my resignation,” Hemsworth said in the interview, clarifying that he hasn’t been diagnosed with Alzheimer’s. “It’s not a pre-deterministic gene, but it is a strong indication.”

Hemsworth revealed that he was supposed to learn his genetic test results live on camera while filming Limitless, but one of the doctors on the show, Peter Attia, and series creator Darren Aronofsky, decided to tell him the news privately. Hemsworth was given the option of removing references to Alzheimer’s from the show but he said it was important to keep those parts in to increase awareness about Alzheimer’s prevention.

“My concern was I just didn’t want to manipulate it and overdramatize it, and make it into some sort of hokey grab at empathy or whatever for entertainment,” he told Vanity Fair.

The Marvel star added that the benefit of knowing about this grim outlook is that he can work to prevent the onset of the disease.

“If you look at Alzheimer’s prevention, the benefit of preventative steps is that it affects the rest of your life,” Hemsworth told Vanity Fair. “It’s all about sleep management, stress management, nutrition, movement, fitness. It’s all kind of the same tools that need to be applied in a consistent way.”

Learning about his Alzheimer’s risk prompted Hemsworth to reflect on his family and career, telling Vanity Fair that he’s worried about missing out on important moments with his children. Hemsworth is married to fellow actor Elsa Pataky, with whom he has three kids.

“Before you know it, they’re 18 and they’ve moved out of the house, and I missed the window,” he said. “It really triggered something in me to want to take some time off. And since we finished the show, I’ve been completing the things I was already contracted to do.”

Hemsworth announced that he will be taking a break from acting after he finishes the press tour for Limitless.

“I’m going home and I’m going to have a good chunk of time off and just simplify. Be with the kids, be with my wife.”

Hemsworth will be on the silver screen again in George Miller’s new addition to the Mad Max franchise, Furiosa, which wrapped shooting earlier this month.

According to the Alzheimer Society of Canada, by the year 2050 more than 1.7 million Canadians are expected to be living with dementia, with an average of 685 individuals being diagnosed each day.

There are many things Canadians can do to improve their health and reduce the impact of dementia, says the organization. Much like Hemsworth stated in his interview, these include being more physically and socially active, following a healthy diet and challenging one’s brain by engaging in games, reading, and learning new languages, hobbies and skills, among other things.