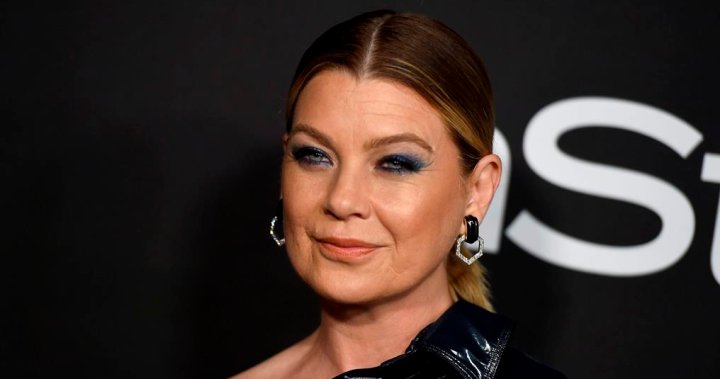 On Thursday, Grey’s Anatomy star Ellen Pompeo said her farewells on Instagram, where she shared a warm message thanking the show’s devout fanbase for support across 19 seasons.

Pompeo’s note to fans comes just one week after the drama’s fall finale, which marked the actor’s final official episode as Grey, the intern-turned-head of general surgery.

“I am eternally grateful and humbled by the love and support you have all shown me, Meredith GREY and the show for 19 seasons!,” Pompeo, 53, wrote.

Pompeo said the making of Grey’s Anatomy would never have been possible without “the best fans in the world.”

“I love you madly and appreciate you right back,” she wrote to fans. “This isn’t your first time on the rollercoaster… you know the show must go on.”

Pompeo hinted that viewers may even see Meredith Grey again in the future. She said she would “definitely be back to visit” the Grey’s Anatomy hospital.

4:30
‘Fargo’ looking for extras for Season 5 filming in Calgary.


News of Pompeo’s departure from the TV show was announced in August. She reportedly left the production to pursue other opportunities, including a Hulu limited series adaption of the 2009 psychological thriller Orphan.

Her Grey’s Anatomy character has been positioned for a possible guest appearance return in the future. The fall finale saw Grey leave Seattle for Boston, where she accepted a new job to research Alzheimer’s disease.

“What a wild ride these past 19 seasons have been,” Rhimes, 52, wrote. “None of it could have been possible without the incomparable @ellenpompeo, the one and only Meredith Grey.”

“This isn’t a goodbye, it’s a see ya later!” Rhimes confirmed.

On social media, Pompeo’s post has triggered a wave of upset among Grey’s Anatomy fans. Many viewers reminisced about the show’s infancy and questioned how the drama would continue without Pompeo.

THIS was grey’s anatomy pic.twitter.com/wiO57CuE90

Liev Schreiber Launches Thanksgiving Appeal To Fund Generators For Ukrainian Hospitals Amid Power Outages
An $4 Silk Pillowcase Was a Game-Changer for My Hair & Sensitive Skin
Jonathan Majors Had A Sweet Take When He Learned He’d Broken The Internet With His Ripped Physique
‘Cocaine Bear’ Trailer: Elizabeth Banks’ New Film Gets A Wild Promo Befitting Its Title
NFL’s Most-Watched Regular Season Game Ever Was Thanksgiving Giants-Cowboys Tilt