Coronation Street legend Charlie Lawson has suggested that the soap could be axed within ten years – and he knows why.

The actor played Jim McDonald in the ITV soap on and off since 1989.

But he believes the soap may be coming to an end of its life.

“In 10 years who knows if we will have a Coronation Street. We’re all changing our viewing habits as it is already.”

Charlie also claims the soap’s storylines are to blame.

He says the soap’s more socially responsible plots, like Max Turner being radicalised by far-right extremists, are seeing viewers switch off. 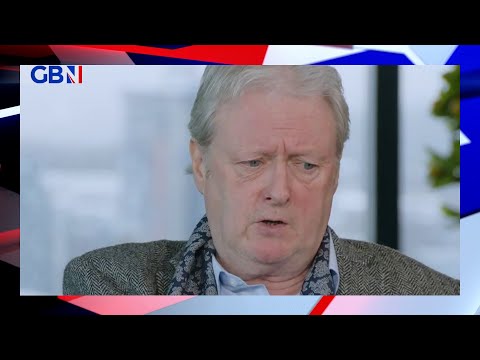 “People are getting a little bit gobsmacked and fed up with all this,” he added.

Despite his criticism of the show, Charlie has been reportedly trying to return to it.

According to The Sun, Charlie has reached out and expressed an interest in returning.

Teasing his potential return Charlie told GB News: “There’s every chance my character could make a comeback but it’s not going to be as easy as my last return a few years ago.”

Taking a swipe at the soap, he added: “People are terrified of offending people.

“I hear from the cast that you can’t say boo to a goose anymore lest you offend someone. And that offends me to be honest with you.”

However Coronation Street bosses have yet to respond with an offer.

When did Charlie last appear on Corrie?

Charlie’s last stint on the soap ended in 2018.

The wildly unpopular storyline saw Jim return with a mystery woman he claimed was he and Liz’s long thought dead daughter Katie.

In 10 years who knows if we will have a Coronation Street. We’re all changing our viewing habits as it is already.

A twist revealed the woman was actually Jim’s lover Hannah, and they were planning to swindle his ex Liz of her life savings.

Charlie first appeared on the cobbles in 1989 alongside Liz and their twin sons Steve and Andy.

Do you think Charlie Lawson should return to Coronation Street? Leave us a comment on our Facebook page @EntertainmentDailyFix and let us know what you think.