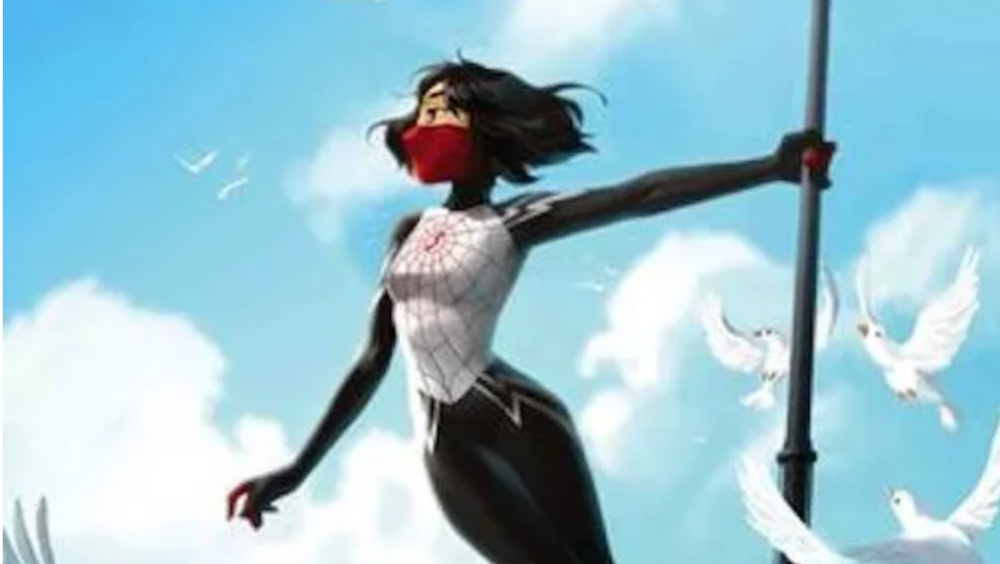 A slew Marvel characters are heading to the small screen after MGM+, the linear network formerly known as Epix, and Amazon Prime Video ordered a suite of live-action series from Sony Pictures Television.

Spider-Man spin-off series Silk: Spider Society, which has been in the works for some time, will be the first show to emerge from the pact with The Walking Dead’s Angela Kang set as showrunner.

The deal is a culmination of a complex web of rights that meant the series will have to debut first on a linear network, in this case MGM+, which is set to be relaunched with its new name in January. MGM+ will have the first window in the U.S. and the series will then air on Amazon’s Prime Video streaming service in the States. Internationally, the series will also air on the Amazon streamer in 240 countries and territories.

The pact includes over 900 Marvel characters that Sony controls as part of an arrangement that pre-dates Disney’s acquisition of Marvel. It has been a top priority for the studio, which signed a massive deal with Spider-Man: Into The Spider-Verse pair Phil Lord and Chris Miller in 2019. The duo will exec produce the suite of series with Spider-Man franchise producer Amy Pascal.

As part of a new multi-year overall deal with Amazon Studios, which has been triggered by this order, Angela Kang will serve as showrunner and exec producer and is developing the series. Kang is coming off The Walking Dead, which she is showrunner of, and is exec producing its untitled Daryl spinoff.

Watchmen exec producer Tom Spezialy, who also has an overall deal with Amazon Studios, was previously thought to be involved as showrunner on the project alongside exec producer Lauren Moon.

Silk: Spider Society is based on characters created by Dan Slott and Humberto Ramos and inspired by the Marvel comics. It follows Cindy Moon, a Korean-American woman bitten by the same spider that bit Peter Parker, as she escapes imprisonment and searches for her missing family on her way to becoming the superhero known as Silk.

The character has been portrayed by Tiffany Espensen in the films set in the Marvel Cinematic Universe.

“Amy Pascal, Phil Lord, Chris Miller, and Sony’s recent live-action and animated reimagining of the Spider-Man franchise has represented some of the most dynamic superhero storytelling in film,” said Jennifer Salke, head of Amazon Studios. “Together with Angela Kang’s creative vision, we couldn’t be more pleased to bring Silk: Spider Society to our MGM+ and Prime Video customers.”

“We can’t wait to bring the adventures of Cindy Moon to life, thanks to the creative dream team of Chris and Phil, Angela and Amy, along with our partners at Marvel and Amazon,” said Katherine Pope, president of Sony Pictures Television Studios.  “We know this exciting series with new and never-before-seen characters and storylines will wow audiences watching first on linear MGM+ and then around the world on Prime Video.”

“Angela is a pro’s pro whose perspective and creativity we greatly respect and admire. She’s also a hell of a lot of fun. She loves these characters and we feel really lucky for the chance to work with her to bring Cindy Moon’s story to the world” added Lord and Miller.

“I’m beyond thrilled to be joining the Amazon Studios family for this next chapter of my career. I look forward to working with the executive team on diverse, character-forward, watercooler shows for a global audience and am so excited to dive in to my first challenge – bringing Korean-American superhero Silk to life on screen, ” said Kang.