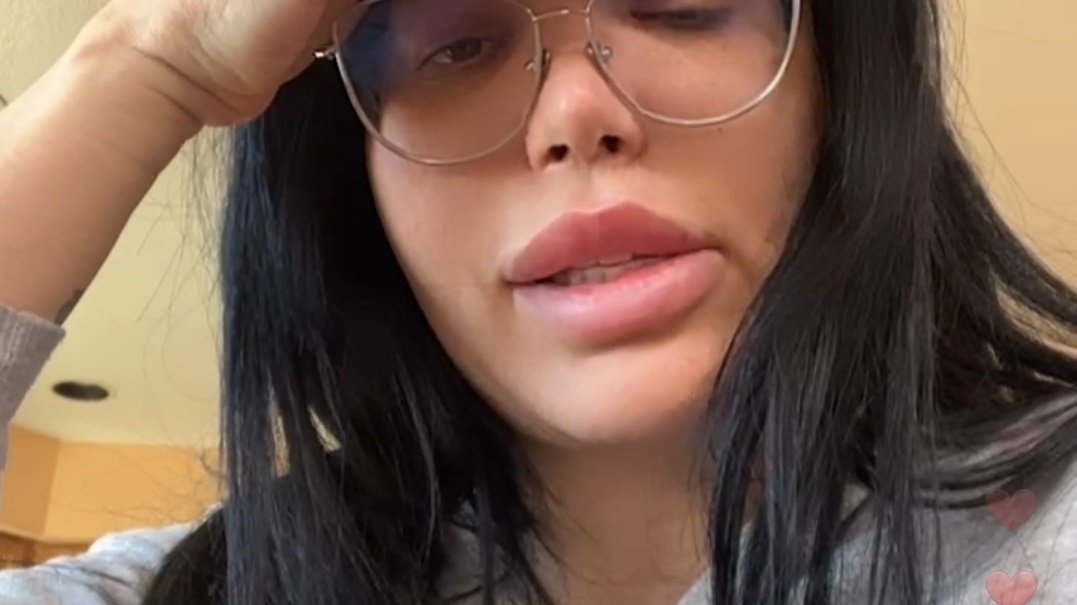 She also confirmed that she was still living with her friend-slash-ex-slash-roommate Eric. They were planning on moving out of Vegas together.

However, several days ago, Larissa alarmed her followers.

The self-styled “Queen” revealed that Eric was trying to kick her out of the house. Or possibly even institutionalize her.

First, Larissa Lima took to her Instagram Story to share a photo of a pink suitcase, telling fans that she did not “have a place to go.”

While parts of her story were hard to make out, listeners shared that she claimed that Eric wanted to kick her out of their shared home.

She also seemed to allege that Eric Nichols, her longtime friend and roommate, wanted to institutionalize her. She didn’t use that word. That is simply the impression that some listeners on her Live received.

(Parts of that were a little unclear; we would of course love for Larissa to clarify matters)

Obviously, a lot of fans immediately worried about Larissa’s safety and situation. What was going on?

Meanwhile, a lot of Larissa’s fans and followers wondered how this situation could arise.

Sadly, her conflict with Eric was nothing new. They have had messy fights before.

One of the reasons that they worked so well as friends and as (on-again, off-again) partners is because they are both dramatic and seemingly quarrelsome.

But, previously, Larissa had received rental payments from Eric for his room in her home.

Additionally, she is relatively well-to-do among 90 Day Fiance alums. She raked in $1 million on OnlyFans.

A lot of that has gone to living expenses, OnlyFans expenses, and her numerous cosmetic surgeries … was she homeless?

Then, a third sub section of Larissa’s followers simply wrote off her posts as on-brand theatrics.

They wondered if Larissa’s crisis were not as dire as she made it appear.

It is true that, sometimes, Larissa’s worst problems are things that she can quickly resolve. So some comments asked if this might be a ploy for sympathy, or an attempt to manipulate Eric for some unknown end.

Fortunately, whatever the issue, Larissa seems to be doing better now.

“Hello my loves, I’m good,” she assured her fans and followers a few days ago.

“And,” Larissa then continued, “want to thank you all for the supportive messages.”

However, Larissa now sounds like she is in a better place. She teased her followers with a promise to “doll up” soon.

She did, however, take time to call out haters who seemed to delight in her previous crisis. Larissa observed that some people have been waiting with bated breath to see her “go over the edge.”

We are glad to hear that she is doing better. And we here at The Hollywood Gossip are of course eager to hear what she’s up to next. We want life updates!