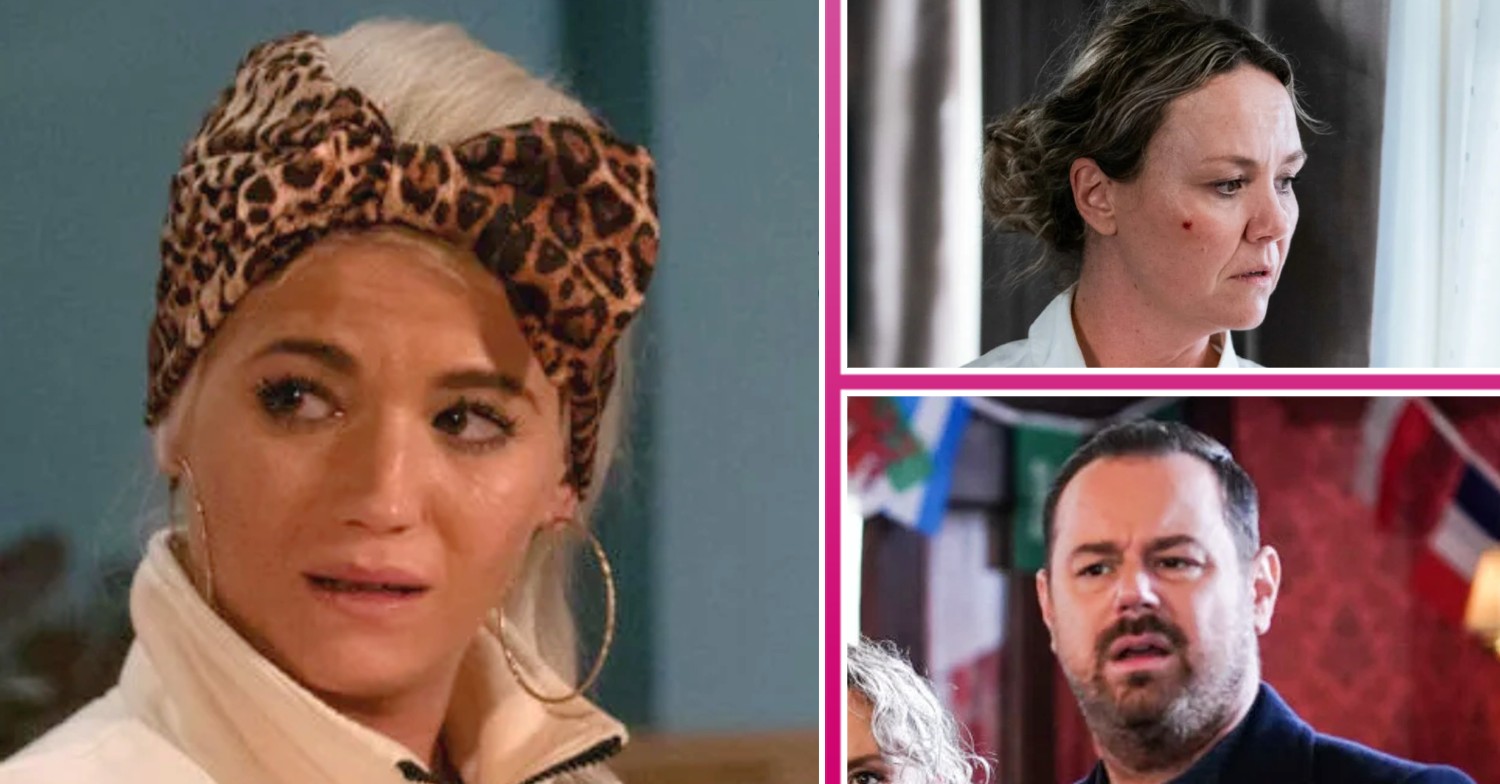 EastEnders spoilers for next week reveal Lola is struggling with her treatment and Lexi is getting suspicious.

Meanwhile, Janine has a bad fall – will her baby survive?

And, there’s fears for Harvey. 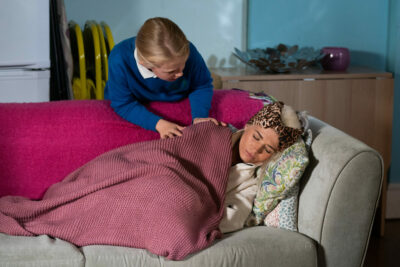 Lola is struggling with the effects of her first radiotherapy treatment.

But she continues to hide the truth about her prognosis from Lexi. 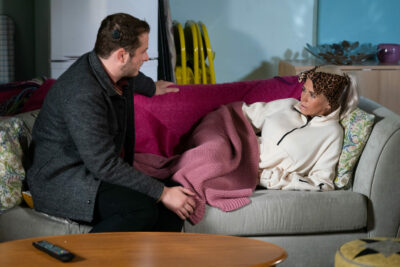 Ben is worried about keeping Lexi in the dark about Lola’s condition.

Together with Jay and Billy, they urge Lola to be honest with Lexi, but Lola snaps and storms off. 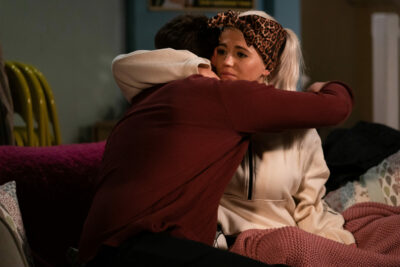 Ben follows her and pressures Lola into being honest with their daughter.

What will Lola decide? 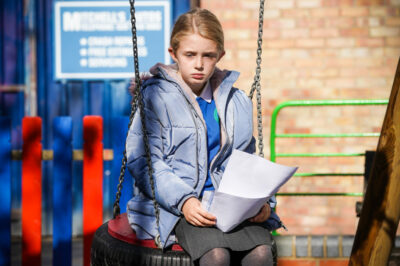 When she then finds and reads a letter addressed to her mum, she discovers the truth. 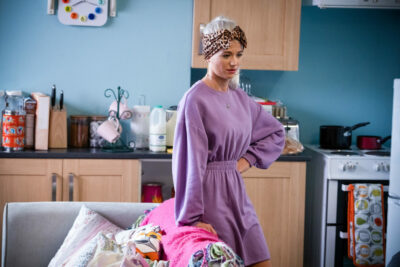 Lola is worried when she finds out Lexi didn’t turn up for school.

Ben and Jay go out to look for Lexi. 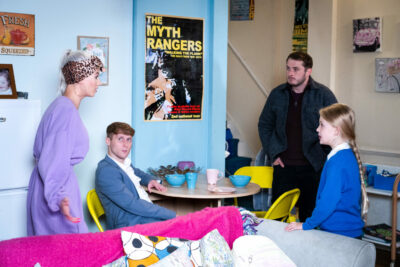 They find her and bring her home.

Lexi shows them the letter and tells them she knows everything. Lola admits the truth to her concerned daughter, but is it enough?

3. Janine and her baby in danger 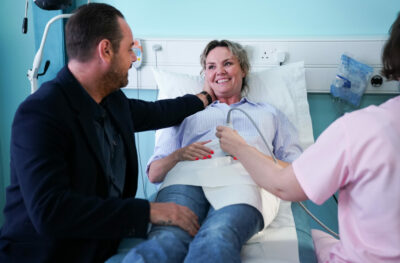 Janine and Mick attend their first baby scan and are delighted.

The couple are united as they see their baby on screen. 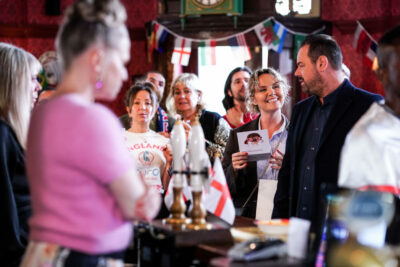 Linda is wrong-footed when she finds out where they’ve been.

Janine takes great pleasure in winding Linda up about the pregnancy. 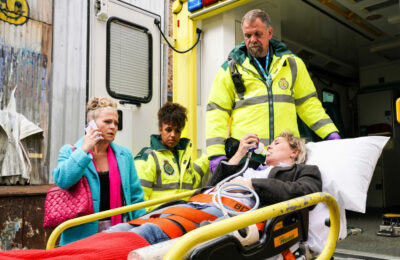 But tragedy strikes when, after an altercation with Linda, Janine has an accident.

She falls down the stairs at the tube station and an ambulance is called. 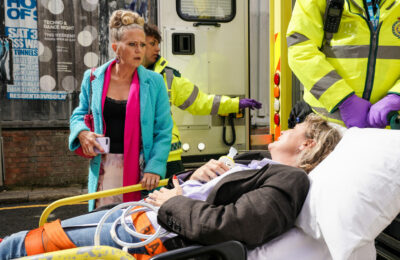 Linda sees Janine with the paramedics and stays by her side.

It causes her to miss a vital appointment with her community payback officer. 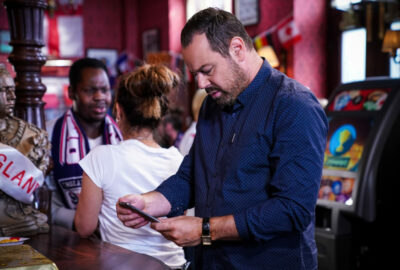 Mick loses his phone and Janine and Linda can’t get hold of him.

But when he finds it he’s horrified to learn what’s happened to Janine. 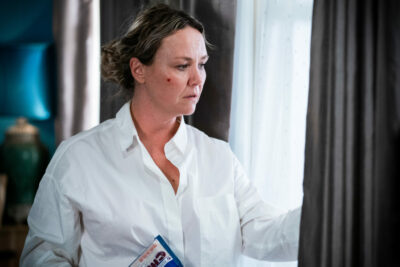 Later Janine spots Mick and Linda together and confronts him.

She tells him she saw him with Linda and then drops a bombshell on him. 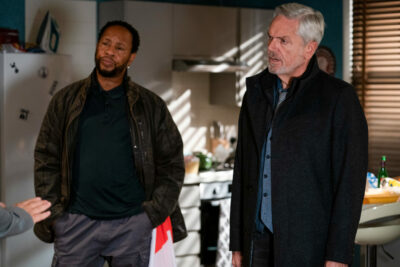 Mitch and Rocky realise they haven’t seen Harvey for several days so get into his flat to find him.

They’re shocked to find him in a state, but he plays it down and talks about his online friend Sophia. 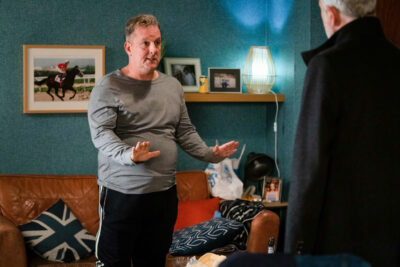 Harvey’s clearly besotted, but is all as it seems?

Alfie later overhears what’s going on and suggests Harvey is being catfished.

Harvey insists Sophia is the real deal, but is he deluded?

6. Eve gets close to Nish 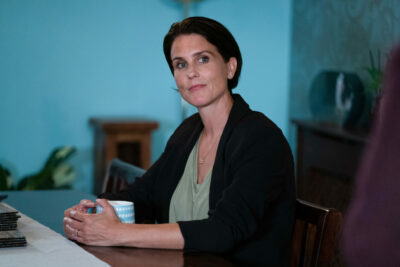 Eve points out to Nish his lawyer has been shafting him for years, but does she have a solution?

And, what is she really up to?