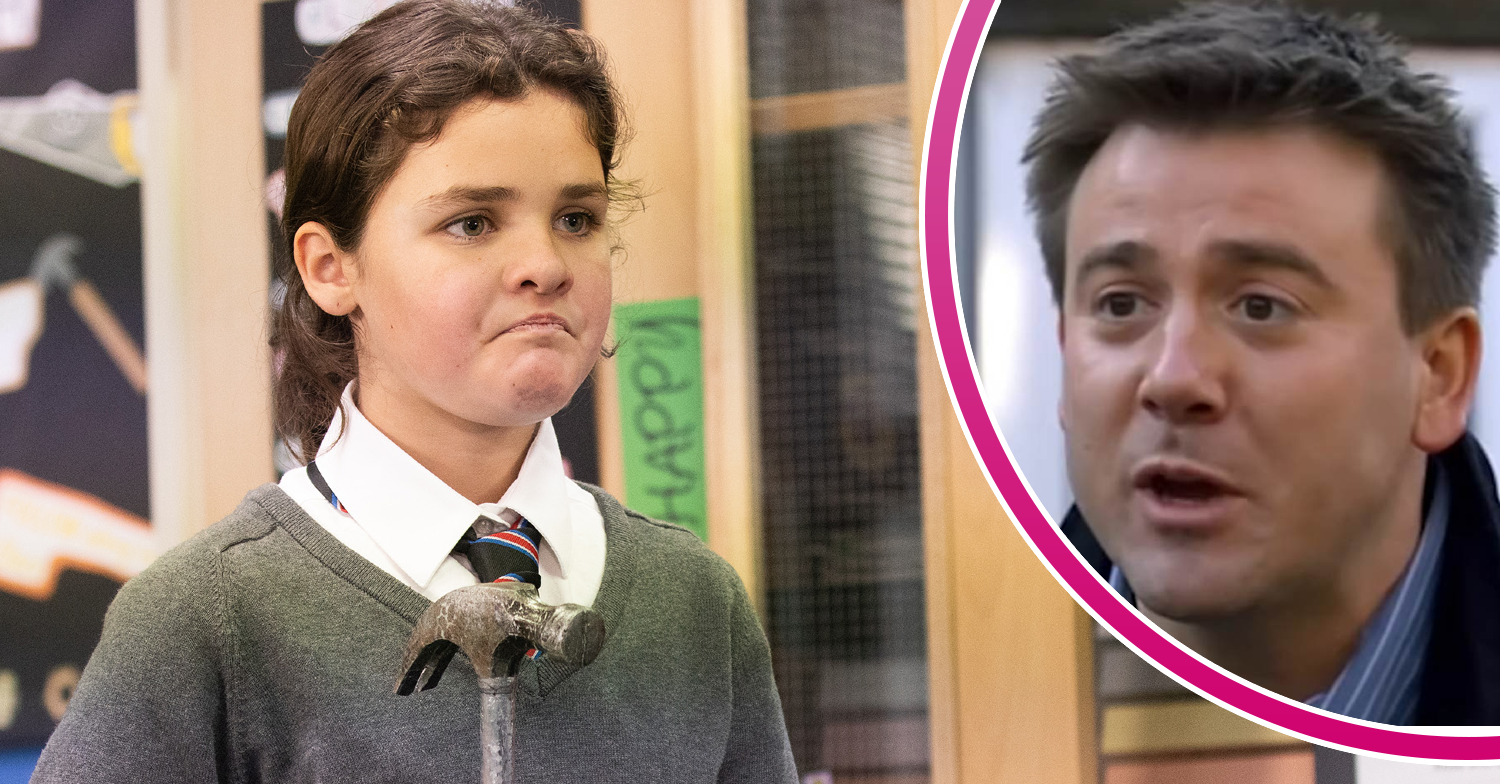 In Coronation Street spoilers for next week, Hope gets revenge on her bullies by pulling a hammer out on them at school.

As Hope starts to ramp her business idea up a level, pupils at school start calling her names.

As she pulls out a hammer, will Hope kill like her dad did in Coronation Street spoilers?

Hope steps her business game up

This week, Hope gets the idea of doing a book signing at her school, charging £1 for autographs.

Next week, she starts to get more entrepreneurial ideas.

After finding a load of John Stape books in the outhouse, Hope decides to take them.

Tyrone starts to become confused as he realises the books are missing.

Both Fiz and Tyrone sit Hope down and ask her if she knows anything about the books going walkabouts.

Hope pretends that she put them in the bin.

Later on, Hope tells Sam that she’s made £75 by selling the books.

She’s made herself quite the fanbase and starts an online group chat, called ‘Legacy of Evil.’

Her classmates join the chat and are informed that Hope is organising a special tribute event for John Stape.

Has Hope turned a villain into a hero?

Hope has a troublesome plan and takes Tyrone’s hammer from his toolbox.

She also hides the £75 in a tin in the cupboard.

At school, with the hammer in her bag, she tells some Year 11’s that she’ll be doing a reading of the book later on.

Fiz and Tyrone start to fear the worst when they find the money and realise that the hammer is missing.

They have every right to be concerned.

Hope decides to live up to the nut job name and pulls out a hammer on the students, ready to attack.

Is Hope giving out empty threats or is she ready to kill?

Is Hope turning into her dad?

Is Hope turning into John Stape? Leave us a comment on our Facebook page @EntertainmentDailyFix and let us know what you think!