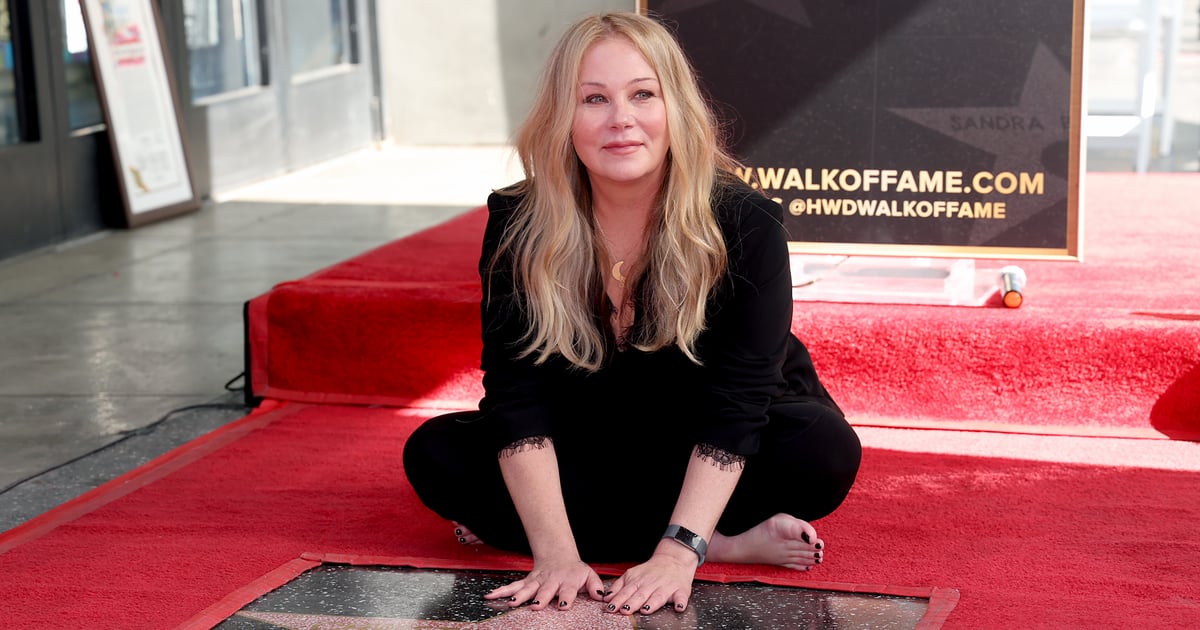 Christina Applegate is a star, and she finally had the ceremony to prove it. The actor was honored with a star on the Hollywood Walk of Fame on Nov. 14 surrounded by fans, family, and former costars, including her “Dead to Me” costar Linda Cardellini. The event marked Applegate’s first public appearance since being diagnosed with multiple sclerosis, a chronic condition affecting the central nervous system.

“The most important person in this world is my daughter,” Applegate said at the ceremony, holding back tears as she gave her speech. “You are so much more than even you know. You are so beautiful and kind and loving and smart and interesting. I am blessed every day that I get to wake up and take you to your school . . . You are my everything. Thank you for standing beside me through all of this.” True to her sense of humor, Applegate added, “Oh, by the way, I have a disease. Did you not notice? I’m not even wearing shoes!”

Applegate’s “Married With Children” costars Katey Sagal and David Faustino also spoke at the ceremony. An emotional Sagal said, “You’re not alone. We’re all here.” Applegate first shared her diagnosis in August 2021 via a short statement on Twitter. More recently, she’s spoken about filming the final season of “Dead to Me” while dealing with significant symptoms, including being unable to stand for long periods of time. “This is the first time anyone’s going to see me the way I am,” Applegate recently told The New York Times.

Now, it appears that Applegate is slowly becoming accustomed to her new normal, focusing on her healing, and asking her Twitter followers for their opinions on her new “fancy” canes, which she hinted were for a “very important ceremony.” (Mystery solved!) And as she tweeted back when she was originally diagnosed, “It’s been a tough road. But as we all know, the road keeps going. Unless some assh*le blocks it.”

See more photos from her heartwarming ceremony below, and catch the final season of “Dead to Me” when it hits Netflix on Nov. 17.