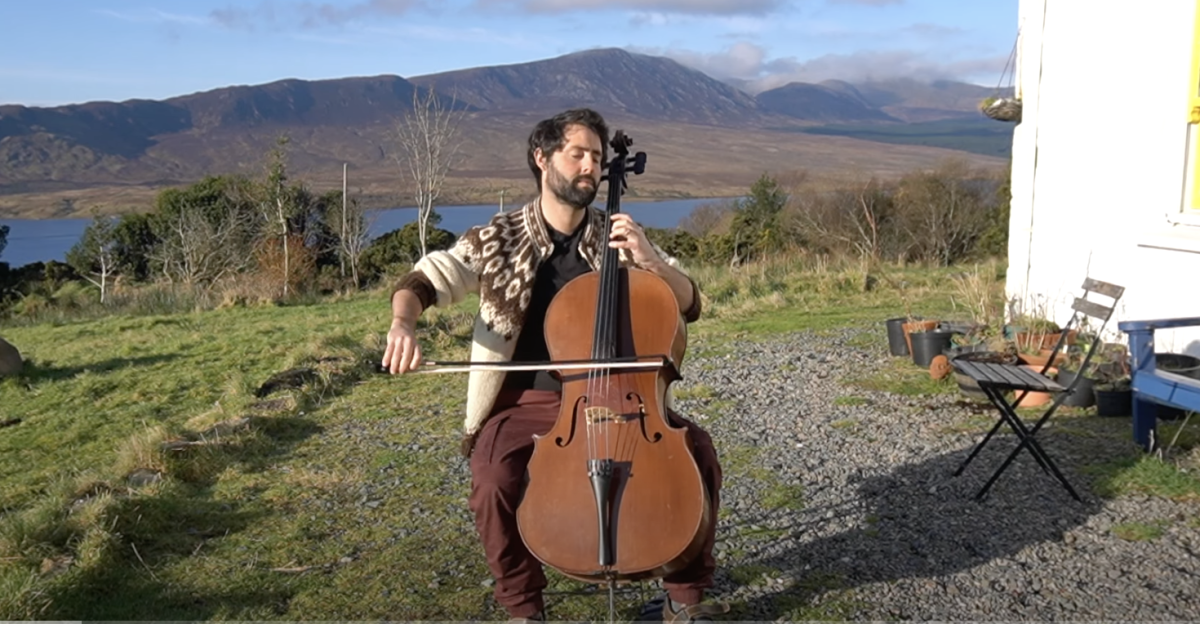 Happy Saturday my loves! Fall is in full swing, and that means we are wrapped in our favorite blankets, sipping our mugs of tea, and warming our hands at the fiery blaze of Twitter’s ongoing implosion. To continue the immaculate autumn vibes, it’s time to sit back and watch a handsome Irish man in a very good sweater play beautiful music on his cello. The musician is Patrick Dexter and he graciously posts his music on the internet for us to enjoy while the world burns. Thank you Patrick!

Now that we have been fully soothed by some gorgeous music, it’s time to once again get mad at the rest of the news! Including:

The sad news that Mehran Karimi Nasseri, the Iranian man who spent 18 years living in Paris’ Charles de Gaulle Airport, has passed away – fittingly enough in an airport terminal. The events of Nasseri’s life were the loose inspiration for Steven Spielberg’s 2004 film The Terminal. Tom Hanks played Viktor Navorski, the character based on Nasseri. Rest in peace Mehran Nasseri, and safe travels in the beyond. – Seattle Times.

The FTX crypto scandal continues to grow, with CNN reporting that over $1billion in client funds is now missing at the failed crypto firm. Honestly, who doesn’t love to read about the continued failure of pyramid schemes – I mean crypto companies! – CNN

In big ick-factor news, Alec Baldwin has decided to countersue the armorer and various crew members of Rust over Halyna Hutchin’s wrongful death on set last year. Baldwin claims the countersuit is to clear his name of any involvement, after he faces his own suits and potential criminal charges. – People

And for our final dose of rage for the evening, Supreme Court Justice Amy Coney Barrett gave a speech at a dinner for the Federalist Society in which she mocked the abortion rights activists that have been protesting on and off since the Supreme Court overturned Roe v. Wade. I guess this means the protestors just need to become louder and more constant! Just saying! – The Huffington Post