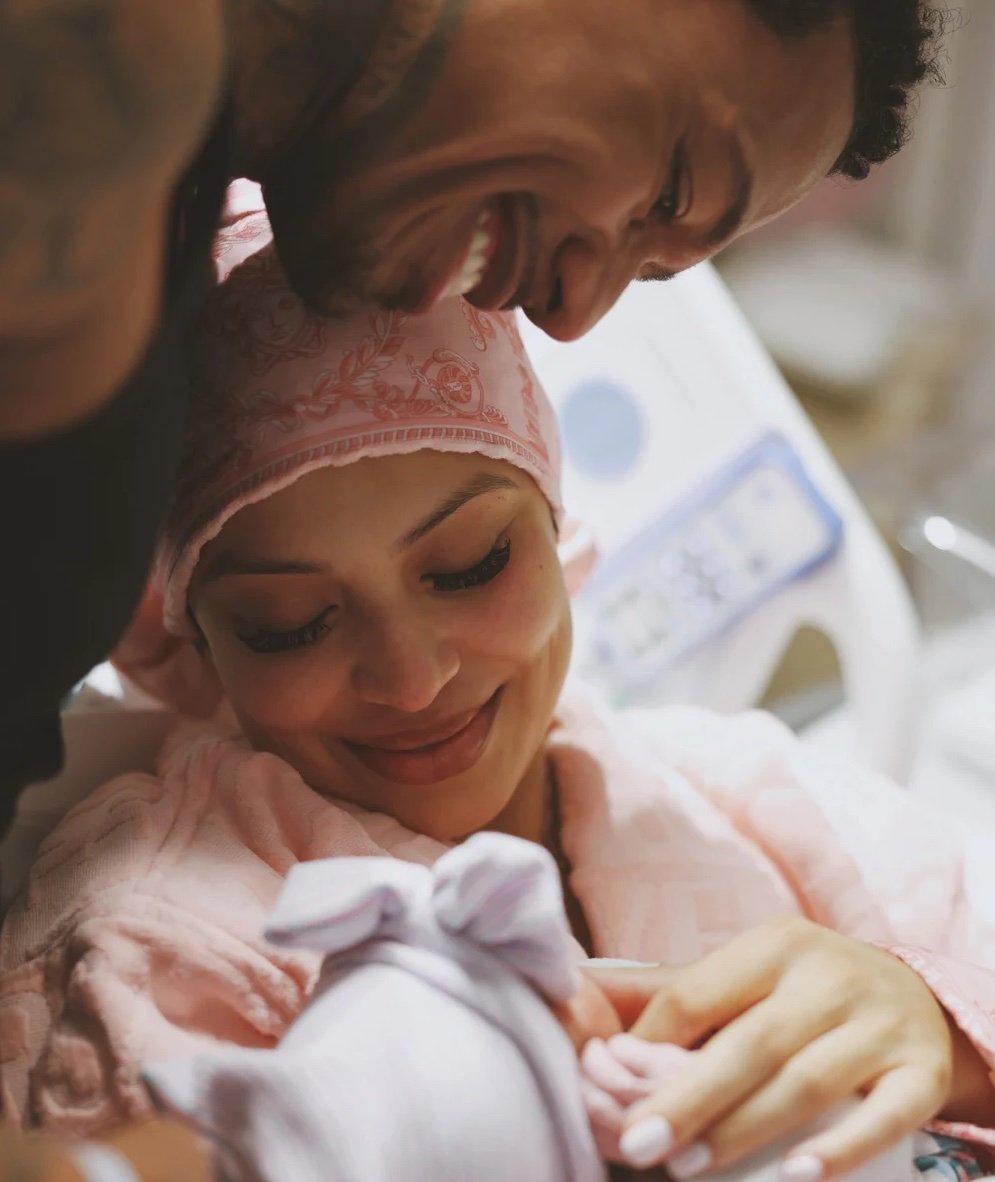 Stop us if you’ve heard this before, but…

… Nick Cannon is a father once again.

On November 11, Cannon and Abby De La Rosa announced that they were parents together for the third time, as the latter just gave birth to the former’s 11th kid overall.

It’s a lot to keep track of, we know.

“A BEAUTIFUL DAY for ‘BEAUTIFUL ZEPPELIN CANNON’ to arrive,” the Masked Singer host captioned an Instagram post on Saturday.

He then addressed De La Rosa personally as follows:

“Mommy @hiabbydelarosa you make it ALL look so easy and effortless but I am forever indebted to your tireless work of constant dedication, diligent effort and selfless love that you give to our children and myself.”

Cannon added in his heartfelt message:

“Beautiful is privileged to have such a Loving and Spiritually inclined Mother. Your resilience and strength doesn’t go unnoticed.

“Watching you smile through the world’s madness and my constant craziness is so impressive. Not a day goes by that I am not filled with gratitude for all your care, words of affirmation, kindness and inspiration…

“You are the definition of steadfast and virtuous and it is my continued duty to make you and our children feel valued and protected every single day!

“BEAUTIFUL ZEPPELIN aka BZC aka BIZZY B! Get ready because the world is yours! Daddy loves you!!”

Abby gave birth three days after she confirmed on Instagram that Cannon had fathered her third baby … and also after model Alyssa Scott announced she is pregnant with her second child with Nick.

The pair’s first child, a son named Zen, passed away last year at age 5 months from a brain tumor.

(He also welcomed his ninth child, Onyx, his first with LaNisha Cole, two weeks earlier. Like we previously noted, it’s a lot to keep track of.)

Along with Zion and Zillion with Scott, Cannon shares twins Monroe and Moroccan, 11, with ex-wife Mariah Carey; son Golden, 5, and daughter Powerful Queen, 2, with Brittany Bell; son Legendary, 2 months, with Bre Tiesi; and daughter Onyx, who was born in September, with Lanisha Cole.

As you might expect, the celebrity gossip universe can’t help but talk about Cannon’s relationships and MANY children.

De La Rosa, for her part, responded to the constant judgments of her modern romance with Cannon in September.

“Being in a polyamorous relationship doesn’t mean you have low self-esteem or self-worth,” De La Rosa said during a September 13 episode of the Lovers and Friends podcast, adding:

“I become hypersensitive when people attack me and my motherhood.

“Me being open in my relationship does not change or take away from the type of mother that I am to my kids and the wholeness that I am to them and the strength that I share with them.”