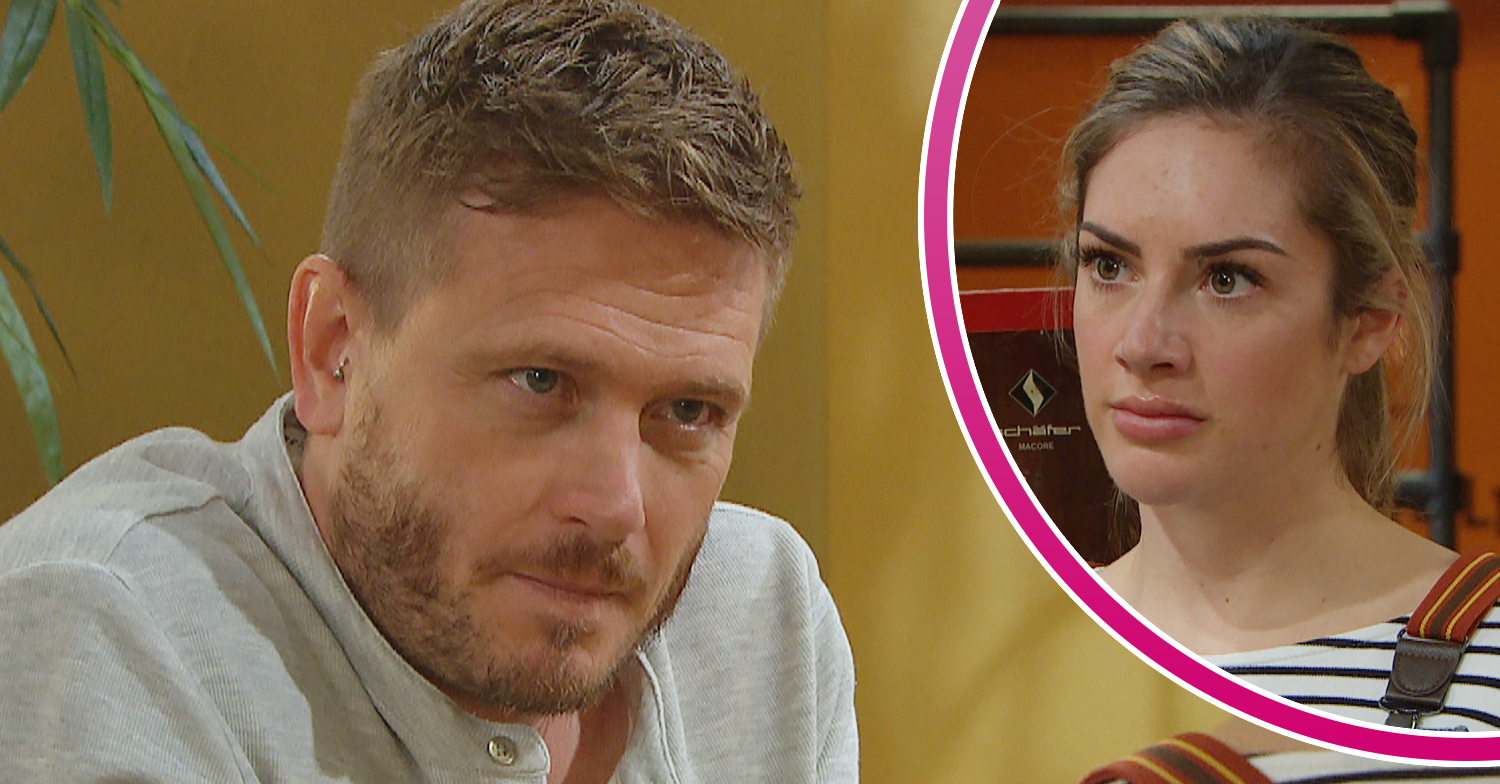 In Emmerdale spoilers for next week, David asks Victoria to help him out of yet another sticky situation he’s got himself into.

When David faces losing his driving licence, he asks Vic to claim the points on her licence, so he won’t lose his.

But, will Vic help David out in Emmerdale spoilers?

David’s business is in trouble

Before the storm, David had been in Portugal helping his ex, Alicia, recover from an injury.

However, whilst he was away, tragedy hit outside of his shop.

Liv and Vinny were caught up in the storm and were crushed by a caravan and although Vinny managed to get out alive, Liv wasn’t as lucky.

She lost feeling in her legs, and nothing could be done to save her.

The moment the caravan was lifted, she would die.

Her loved one’s said their goodbyes as she passed away.

In the aftermath of the storm, David returned to see that his business was suffering.

Nobody wanted to go into the shop after what had happened.

Bernice encouraged him to start driving customers back into the shop.

With David’s money struggles, David needed to quickly think of a plan to save his business.

Thinking of a plan to bring in business again, David decides to start a delivery service.

This way he can bring in the money without customers having to enter the shop.

However, he soon faces an obstacle to his plan.

He receives a speeding ticket.

David could lose his driving licence.

Desperate to carry out his delivery service idea, David asks Vic to take the blame for him and claim the points on her licence instead.

But, will Vic help?

David is facing a lot of money issues at the moment.

With his business failing to bring in traffic, he needs a new plan.

But, will his dreams of a delivery service come crashing down?

Will Vic lie for him? She’s already bailed him out of his financial problems once, but selling the land her grandmother left for her to pay off his debts. Will she be so willing to help a second time?

Can David’s business ever recover?

Will Vic lie for David? Leave us a comment on our Facebook page @EntertainmentDailyFix and let us know what you think!

Art Basel Miami Beach: What Does the Future Hold for the Most Raucous Week in American Arts?
Probable Mental Disorder Found In One In Four 17 To 19-Year-Olds, NHS Data Shows
Happy Valley returns to the BBC for season three
What We Know About “Wednesday” Star Hunter Doohan’s Love Life
Dress Code: Athleisure