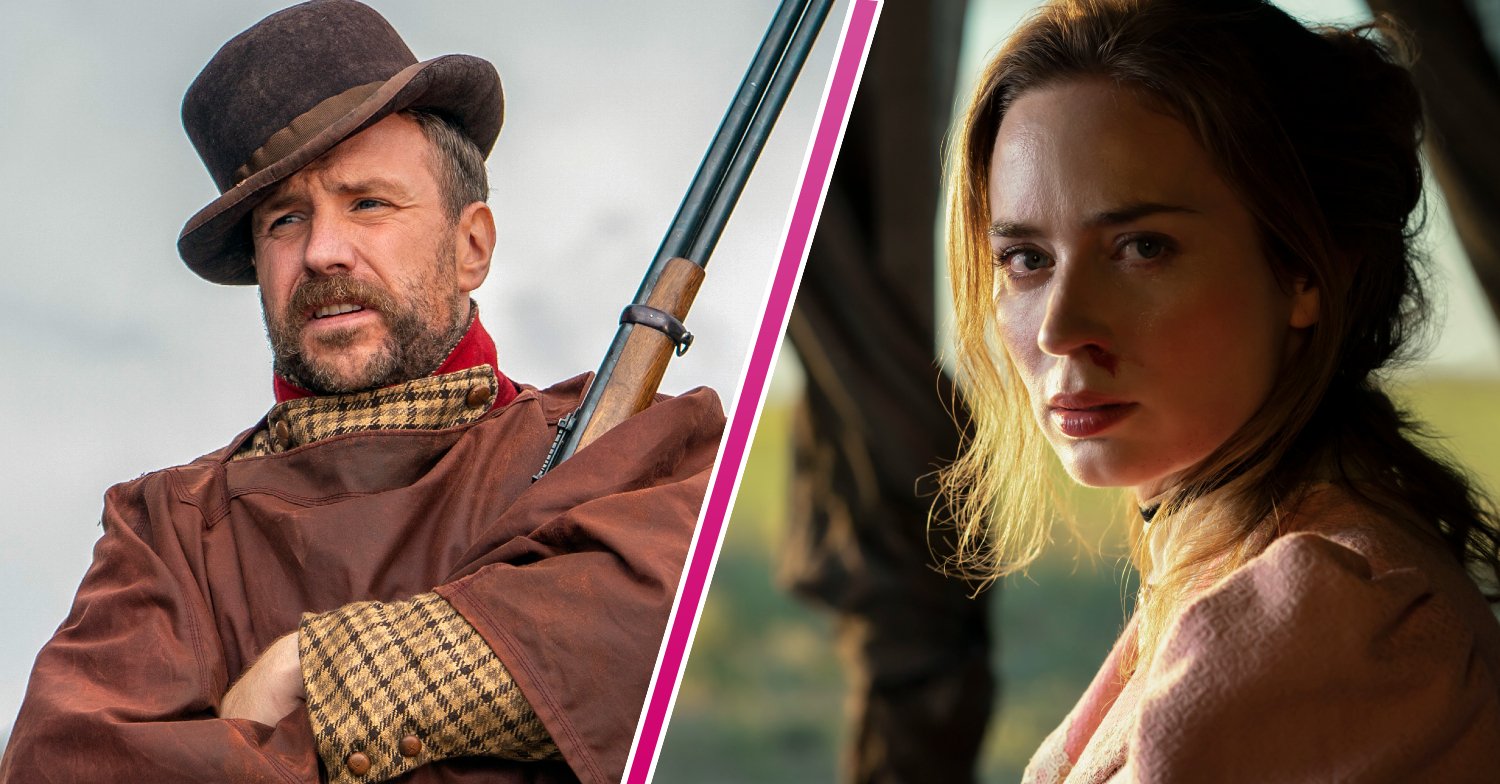 The English has reached a dramatic conclusion, with plenty of twists and turns along the way – so here’s our ending explained.

All the drama had been hurtling towards a big finale, and it was worth the pay off.

As everyone realised that the revenge they wanted all lay with the same person, The English came to an explosive head.

Here’s everything you need to know in The English ending explained.

***WARNING: Spoilers ahead for all six episodes of The English***

The English ending explained: How did Cornelia’s son die?

The evil character was involved with a massacre on a group of Native Americans from Eli’s homeland, where 100 Native women and children were killed.

But that wasn’t all…

David Melmont was responsible for many more heinous crimes.

A group of Trafford’s men said a cloudburst happened and they had never seen “a flashfood like it”.

It was Melmont’s drilling for water that caused the flood that ultimately killed Thomas Trafford (Tom Hughes), who was Cornelia’s lover.

In episode 4, we saw a flashback where Melmont manipulated Cornelia into believing Thomas had gotten himself into trouble and given him money.

When Cornelia realised he was lying and threatened him, he raped her.

Later, when Cornelia confronted Melmont, she revealed her syphilis scars and said “you caused this”.

She added that she loved her son – who Melmont fathered – until he drew his last breath, despite his disease.

Although it is never fully revealed, we can only assume that Cornelia’s son died as a result of syphilis.

The English ending explained: Who shot David Melmont? Did he die?

When Cornelia (Emily Blunt) finally faced David Melmont, the man she blamed for killing her son and murdering her lover, we knew one of them wasn’t going to make it out alive.

Melmont looked at Cornelia and said: “You won’t kill me, as there is a little bit of your boy walking this earth, and you can’t kill that.”

The two had their guns pointed at each other…

But, in a blink-and-you-could-have-missed-it moment, it was widow Martha Myers who shot David Melmont through the heart.

She did it to protect her son, who David had kidnapped and tied up.

However, after the shooting, Cornelia collapsed from the stress, and because of her illness.

Martha’s son realised that Melmont was still alive, and Eli (Chaske Spencer) finally got justice against him, by stabbing him through the heart.

So although Martha shot Melmont, it was Eli who delivered the final, fatal blow.

When Eli brought Cornelia to a doctor at the start of the final episode, it was clear that Cornelia was unwell.

The doctor told her it was syphilis which, of course, Cornelia knew all too well.

The doctor asked if she knew what would happen to her, and she said “erosion of the skin”.

After Melmont’s death, Cornelia’s illness caused her to collapse.

When she woke up, Sheriff Robert Marshall ordered her to clear out before Melmont’s men realised what had happened.

Eli told her it was “time to go home”, and the pair separated.

Cornelia gave him rape seed as a gift, and Eli gave her a small animal skull.

He shouted after her in Pawnee: “I cherish you!”

Did anyone else need a tissue?

Who was the man at the end? What did Cornelia give him?

Viewers were then taken 13 years in the future, and back to London.

We saw Cornelia draped in a black gown and gloves as she arrived at Flathead Jackson’s True Tales of the Wild West – the Doctor’s business she had invested in.

The young Native American men performed as Cornelia approached one in particular.

He recognised her, and told her he was the son of Touching Ground, the boy that Eli and Cornelia found and cared for at the start of the Western.

Cornelia offered him schooling, but he denied the offer, saying he was honoured to play Sergeant Whipp in the show.

Cornelia told him that Eli would be very proud of him. She gave him the animal skull that Eli had earlier gifted her.

The young man kissed her under her veil before they parted ways.

As the BBC show cut to black, we saw the real Buffalo Bill’s Wild West show, a real circus which likely inspired Flathead Jackson’s True Tales of the Wild West.

Text read: “Buffalo Bill’s Wild West toured England and Wales in 1903 with members of the Cheyenne, Sious and Arapaho Nations.

“And ex-scouts of the Pawnee Battalion.”

Queen Victoria herself was in the audience to see the first show!

The show later toured around England and Europe until 1916.

Footage also showed the first ever Western filmed “in 1899 by Sagar Mitchell and James Kenyon”.

It was filmed in Blackburn, Lancashire.

It was called Kidnapping by Indians and was a one-minute movie.

While The Great Train Robbery was previously believed to be the first Western, the Mitchell and Kenyon film was found in the British Film Institute’s archives in 2019.

Read more: The English on BBC Two: What is it about, how many episodes are there and is there a start date?

At the very end of the programme, we saw an image of a big building with “Melmont’s – Home of the Homemakers” on it.

It’s likely based on the wooden Melmont’s shop that appears in the show, and perhaps a cheeky jab on America’s founding.

Did you need The English ending explained? Leave us a comment on our Facebook page @EntertainmentDailyFix and let us know.