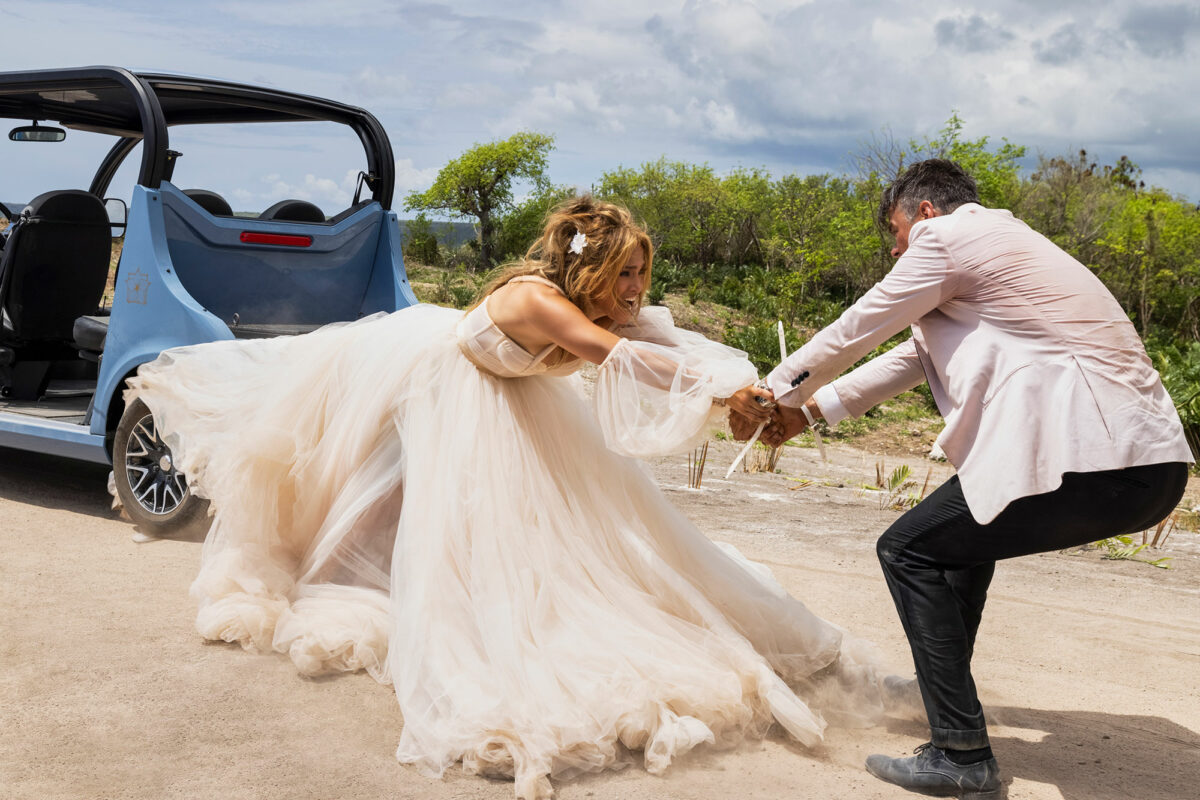 Remember when Armie Hammer was supposed to be in a movie with Jennifer Lopez, but then came the allegations of rape, abuse, and cannibalism? Well, that movie is in post-production, and the trailer dropped. Attempting to subvert the phrase “shotgun wedding,” this film stars Lopez (Darcy) and Josh Duhamel (Tom) as a couple-to-be at a destination wedding. The supporting cast includes Jennifer Coolidge (as Tom’s mom) and Sônia Braga (as Darcy’s mom.) If you’re wondering about Coolidge being so close in age to her son, well … Hammer’s age made more sense. That’s not the only off thing about this trailer, though.

The premise alone is interesting. A big wedding serves up so much stress Tom and Darcy appear to have second thoughts. When they’re tested to survive a violent event, the couple grows closer. (Honestly sounds like more of a horror than an action-adventure.) However, I can’t get past the terrible framing of the trailer.

My issues with JLO aside, they not only decided to cast Lenny Kravitz (a man well documented for dating teenagers) but had this weird fetishistic line introducing him as “someone leading a porn safari.” This is disgusting. While Kravitz is widely upheld as a sex symbol, this would not have happened if he had been played Daniel Craig or any other leading white man. The weird racial politics got worse to see that this island destination capitalizes on the stereotype of being a vacation dreamland or criminal safe haven, depending on where you turn. Sure, the second observation is extrapolating from a trailer, but still a tired trope in media and a homogenous behind-the-scenes talent.

However, the Kravitz one has no excuse. I love me a good romcom, but this one doesn’t look like a winner.

Here are some other bits of news out there:

What did you see online today, Mary Suvieans?

Emmerdale fan ‘works out’ how Chas Dingle will get away with cheating on Paddy
Britney Spears Celebrates Her Birthday by Posting a Tribute to Her Sister, Jamie Lynn Spears
Long Gone: 10 of the Best Historical Fiction Books of 2022
Christina Ricci Is Ready to Pass the Torch to the Next Wednesday
‘Mary Sue’ Twitter Thread Sparks Debate About Unlikeable Female Leads