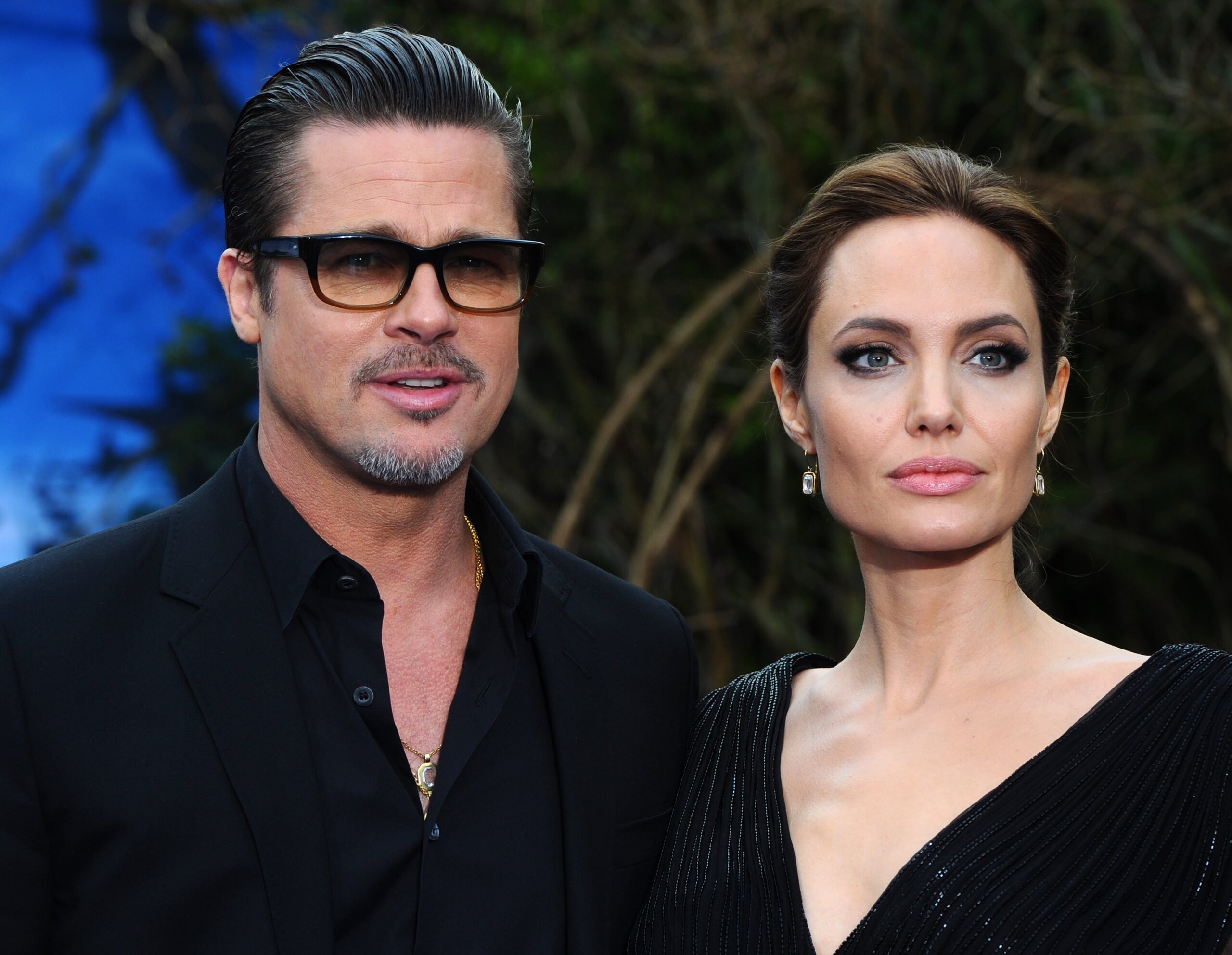 In June, Brad Pitt filed a lawsuit against ex-wife Angelina Jolie in which he took legal issue with her sale of a wine business the two had built together during their marriage.

Via his filing, Pitt alleged that Jolie “sought to inflict harm on” him by selling her stake in the company to someone who Pitt believes will ruin the company.

Now, however? In her official response?

On Tuesday — through a submitted cross complaint filed by Jolie’s attorneys in Los Angeles — the actress divulged alleged details from the September 14, 2016 private plane altercation that led to her divorce filing days later.

(NOTE: A redacted FBI report that Jolie anonymously submitted a Freedom of Information Act request for earlier this year included many of the same allegations about the incident this past August.)

The aforementioned plane ride included Pitt, Jolie and at least some of their children flying from Paris to California.

“When one of the children verbally defended Jolie, Pitt lunged at his own child and Jolie grabbed him from behind to stop him,” reads the a portion of the 17-page document.

“To get Jolie off his back, Pitt threw himself backwards into the airplane’s seats injuring Jolie’s back and elbow. The children rushed in and all bravely tried to protect each other.

“They were all frightened.”

The paperwork states that, over the course of “many tense hours” on the flight, Pitt “periodically emerged from the back of the plane to yell and swear at them” and “at one point, he poured beer on Jolie; at another, he poured beer and red wine on the children.”

As stated previously, Jolie filed to end her marriage a short time after this reported incident.

“After that flight, for her family’s well-being, Jolie decided to file for divorce,” the complaint continued.

The star had chronicled the plane ride in previous court documents, but she hadn’t cited Pitt’s hands’ allegedly being placed on a child’s throat until this time around.

Elsewhere on Tuesday, Jolie also claimed that she had wanted to sell her half of the winery to Pitt.

However, that those talks proved fruitless because he demanded an unacceptable “nondisclosure agreement that would have contractually prohibited her from speaking outside of court about Pitt’s physical and emotional abuse of her and their children.”

It adds that Jolie “has gone to great lengths to try to shield their children from reliving the pain Pitt inflicted on the family that day.

“But when Pitt filed this lawsuit seeking to reassert control over Jolie’s financial life and compel her to rejoin her ex-husband as a frozen-out business partner, Pitt forced Jolie to publicly defend herself on these issues for the first time.”

This has all turned so very, very ugly.

The Los Angeles Department of Child and Family Services and FBI investigated years ago Pitt following an anonymous tip about a drunken argument he got into with Jolie while their family traveled on a private jet back home.

The FBI closed its investigation by November 2017 with no charges against the actor.

Pitt himself has not yet responded to these choking allegations.

He has spoken in the past, however, about having given up drinking after having some pretty serious issues with it over the years.

“It’s incredibly sad that [Jolie] continues to rehash, revise and reimagine her description of an event that happened 6 years ago, adding in completely untrue information to try to get additional attention for herself at the expense of their family,” a source close to Pitt now tells People Magazine.

“She had the opportunity to share information with law enforcement who made the decision not to press charges.

“She had the chance to share this during the lengthy custody trial, which resulted in the judge granting 50-50 custody to Pitt. She has resorted to trying to keep rehashing the same thing.

“Going back to the same thing month after month with new and still false information for purposes that only she can understand.”