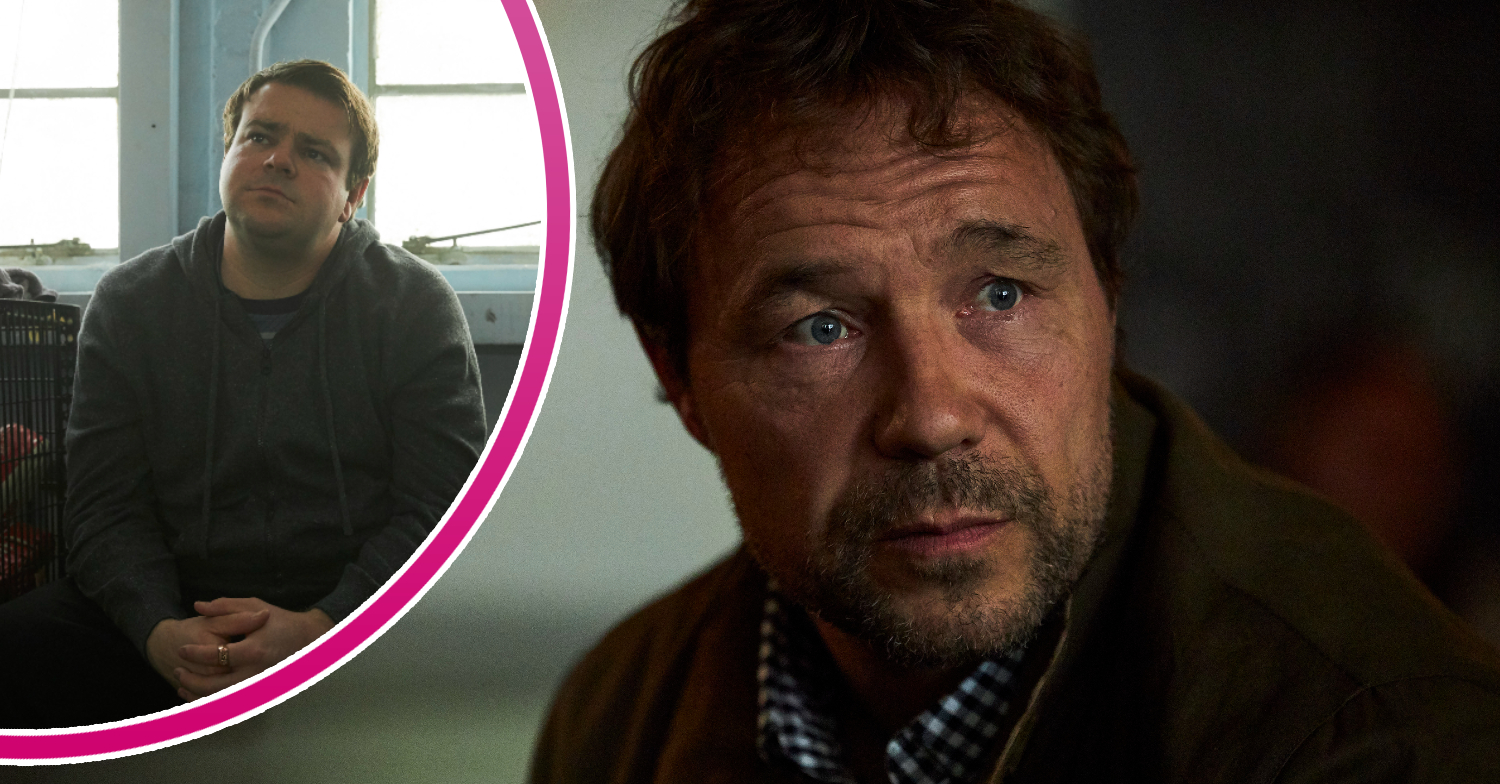 The Walk-In began on ITV1 this week, and you might be left wondering where the show will head from here – so here’s our preview of episode 2…

The ITV drama follows the true story of reformed Neo-Nazi Matthew Collins working for the anti-hate organisation Hope Not Hate.

***Warning: spoilers from episode 1 of  The Walk-In ahead***

How did episode 1 of The Walk-In end on ITV1?

In episode one, we met reformed Neo-Nazi Matthew Collins.

On the other side of the spectrum, we met Robbie Mullen as he took an interest in the Far-Right group National Action.

Matthew and the team at Hope Not Hate worried about the new rise in hate from Far Right groups like National Action.

The rise followed an attack on an Asian dentist in North Wales.

The police largely dismissed their worries…

He subsequently protested with National Action.

Everything came to a dramatic head at the end of the episode for both Matthew and Robbie.

We could only watch on in horror as a man shot MP Jo Cox and the screen went blank.

Matthew informs the Hope Not Hate team that he has to find a mole to prevent anyone else from being killed.

He too watched in horror at the news that Jo Cox had been killed.

Robbie finally realised that National Action’s plans were no bluff…

At that moment, he knew that other lives could be at risk.

As the episode ended, viewers may well have been left wondering where the show will head.

Well, we’ve got your preview of The Walk-In episode 2 here…

The Walk-In episode 2 preview: What will happen next?

In episode 2 of the ITV drama, a distressed Robbie Cullen realises he has to stop someone else from being killed by National Action.

He sends an email that puts his own life at risk…

Luckily, Matthew Collins is there to receive the email – and he knows exactly how Robbie feels, having been in the same position himself.

It looks like Hope Not Hate might finally have someone who can be a mole on the inside of National Action.

But Matthew and the team at Hope Not Hate have to be sure that Robbie is the right person to be their ‘walk-in’ (hence the name of the show).

Robbie will consequently put himself in serious danger as he works against National Action from the inside.

The Walk-In continues on Monday October 10 2022 at 9pm on ITV1. All episodes are also available on the ITV Hub to binge-watch.

What did you think of The Walk-In episode 1 on ITV1? Leave us a comment on our Facebook page @EntertainmentDailyFix and let us know what you think.