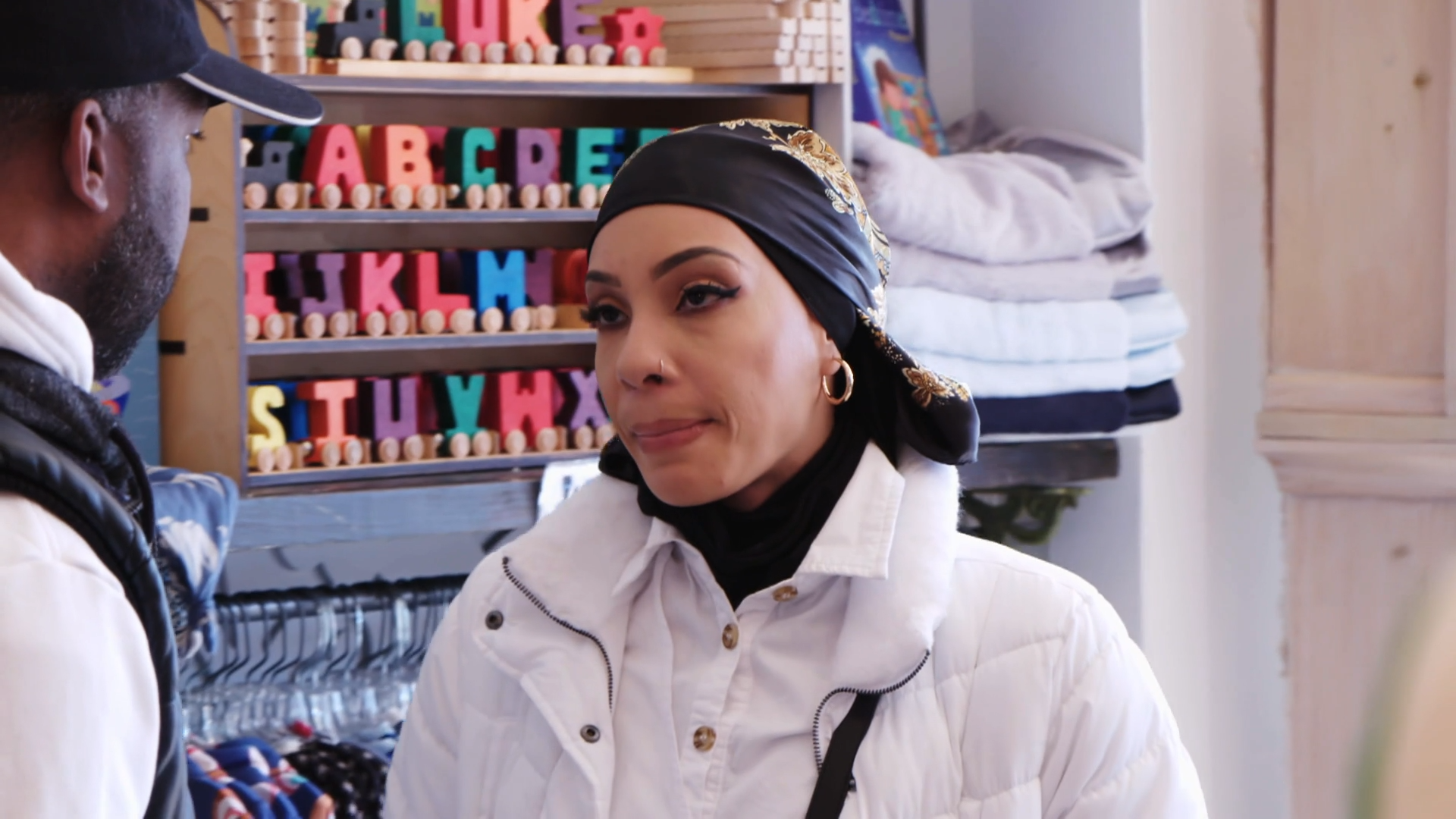 A lot of couples experience conflict over when — or if — to have children together.

Very few make it as much of a very public cornerstone of their relationship as Bilal Hazziez and Shaeeda Sween.

Presumably, they have been had time in between his lectures to make a baby. But can Bilal give Shaeeda a child before she’s 40?

On the next 90 Day Fiance: Happily Ever After?, that is just what they intend to find out.

Bilal already has children. Shaeeda is 37 and desperately wants to become a mother before she is 40.

Though Bilal has dragged his feet and clearly does not want to restart the parenting experience, he has not given her a firm “no.” Not before their wedding, and not now.

Shaeeda admits that she is “no spring chicken,” but expects that she will still be able to conceive.

Having a child at Shaeeda’s age would be a geriatric pregnancy. And despite the relative youth, conception is not always easy. Or possible.

Dr. Mirabile explains: “You have to have a chance of trying at first.”

Bilal, it seems, it not willing to risk giving his wife what he promised her. Not yet.

“We are zero when it comes to trying,” Shaeeda confesses, or possibly complains, to the doctor.

She adds: “He doesn’t want to try right now.”

Always super healthy when newlyweds are complaining about their spouse to a medical professional, right?

“You just came to a whole new country, we just got married,” he explains, as if she does not know this.

“There’s a lot of firsts, a lot of new stuff,” Bilal points out.

“A lot of women go through postpartum,” Bilal then warned.

Sorry, is this Lifetime movie antagonist seriously claiming that this is why he’s not ready to try for a baby?

“I don’t want you worrying about that right now,” he unconvincingly claims.

The doctor has clearly heard these debates play out many times, and recommends a pros and cons list.

“Lots of couples have this conflict,” he tells them. “I’ve seen couples actually split up.”

The doctor adds: “They both have to be into this to bring another life into this world. It’s gotta be right for them.”

Bilal is clearly hoping to manipulate, mansplain, malewife his way out of having a baby soon instead of just saying “no.”

But Shaeeda tells the doctor that she has no medical issues and has never before been pregnant.

However, she shares that her menstrual cycle is very regular … coming every 21 days.

While it is true that some uterus-bearers have 28-day cycles, that is hardly universal.

Some periods are irregular. Others are very infrequent but come consistently, a few times per year. And then there’s Shaeeda.

“Okay, so you’re a little brief with that,” the doctor acknowledges.

“Because a typical cycle is about 26 to 30 days,” the doctor notes.

He now hopes to run some tests … and find out of Shaeeda’s all too brief menstrual cycle will allow her to conceive.

“A 21 day cycle doesn’t cut it as far as ovulation and getting pregnant,” the doctor warns.

“Day 14, you would ovulate and an egg is available for sperm to fertilize,” he illustrates.

The doctor then cautions Shaeeda: “If it’s not there, we’re not going to get a pregnancy.”