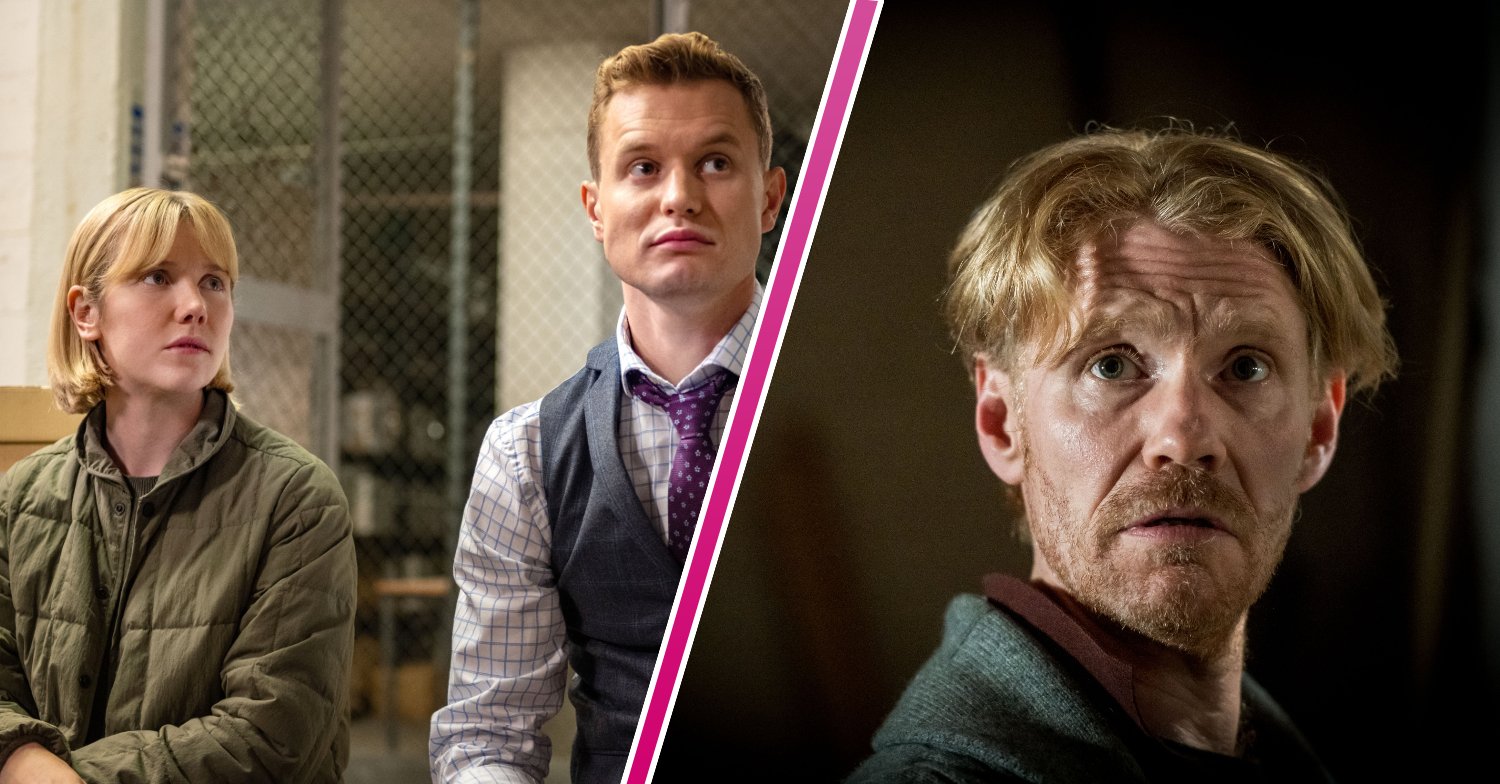 This episode (Sunday October 02 2022) on ITV saw DS Karen Pirie continue her investigation into the unsolved murder of Rosie Duff.

And, after episode 1’s shocking climax, she had one less suspect…

As Karen desperately looked for answers, we were left with more questions!

***Warning: spoilers from episode 2 of Karen Pirie on ITV ahead***

Why was Rosie hiding who she was dating?

After Karen Pirie‘s first episode, we questioned why Rosie hid the identity of her baby’s father from her family and everyone she knew.

We can only assume she was ashamed, as maybe the father wanted nothing to do with the baby.

In episode 2 we learnt more, when Karen visited one of Rosie’s closest friends, Iona, who also worked with her at the bar.

She told Karen that Rosie was seeing someone, and it was going well – but she didn’t know who it was.

While it doesn’t necessarily mean Rosie was seeing her baby’s father again, it does seem strange that she was hiding the person she was dating. Especially from a close friend.

Who was Rosie dating that she felt she had to hide? Could it have been someone older, or married? Or someone she didn’t think her friends and family would approve of?

Was the person she was seeing not allowing Rosie to share their identity? It seems odd that Rosie hid him from everyone she knew.

So what was the truth and who was the mystery character that Rosie was seeing?

Karen Pirie episode 2: Why were Rosie’s clothes missing from the evidence room?

In a bizarre twist, Rosie’s clothing had gone missing from the evidence room.

Was this just ineptitude? Or is something more sinister going on?

Could there be a police cover-up going on?

Someone inside the force might be involved with Rosie’s murder, or knows someone who is, and had reason to tamper with the evidence.

It’s unclear when Rosie’s clothes went missing, but someone may have hid the evidence deliberately to disrupt the finding of any evidence.

Will the clothes turn up?

Why was Rosie in the car with Weird that night?

Alarms bells rang when Weird’s previous alibi, Dorothy, admitted she wasn’t with Weird for most of the night after he dropped her off.

Forensic evidence from Rosie’s hair matched hair found in Weird’s car, so the evidence really did start building against him.

When Karen and Phil visited Weird, he was pretty uncooperative, and wouldn’t share why he had previously lied about Rosie being in his car.

So why was Rosie in his car that night, and why would Weird want to hide that?

What happened in that car?

Was it something to do with why Ziggy was yelling at Rosie at the party? We can’t wait to find out the truth…

Karen Pirie viewers know that someone is targeting Weird and Alex in the present day.

And thanks to Bel‘s podcast, pretty much everyone knows the identities of Ziggy, Weird and Alex.

A random podcast listener might have been taking justice into their own hands by killing Ziggy in the hit-and-run.

But could the same person be targeting Weird?

Weird told Karen and Phil that there had been someone in his backyard, but it was dark and he couldn’t tell if the figure was a man or a woman.

This might be a random person from the internet, but it could still be someone close to the case.

But was she really there, or was she a hallucination?

As Weird has no idea who Grace is, she must be the one taking revenge for her murdered birth mother…

Read more: Karen Pirie on ITV: What’s it about, when does it start, and how many episodes is it?

It seems like an obvious question but it’s one worth asking: Is Weird guilty?

Between lying about Rosie being his car and his two suicide attempts, Weird is definitely acting like a man with something on his conscience.

After his first suicide attempt just after Rosie’s murder, DI Barney Maclennan asked Weird if he did it out of guilt for Rosie’s murder – something Weird repeatedly denied.

While Weird might not have been the one to murder Rosie, he definitely feels guilty for something.

Maybe he regrets not getting her help, or letting her out of his car that night…

But, whatever it is, he feels like he has something to hide.

In the present day, Weird overdosed on pills and beer, leading him to hallucinate Rosie and DI Maclennan.

They repeatedly asked him to “tell me the truth?”

What does Weird have to hide about that night, and why does he feel so guilty?

Karen Pirie concludes with episode 3 on Sunday October 9 at 8pm on ITV1. All episodes will also be available on ITV Hub after airing.

What do you think Weird is hiding? Leave us a comment on our Facebook page @EntertainmentDailyFix and let us know what you think of this story.

Céline Dion reveals diagnosis of rare neurological disease: ‘It’s been really difficult for me’
Coronation Street boss admits he ‘cried’ over Christmas episodes as he reveals spoilers
Warrior Nun: Why It Needs To Be Your Next TV Obsession
HNN First Look at Brandon Pennick’s Sedalia
Harry Dunn’s mother breaks silence as Anne Sacoolas avoids jail over his death