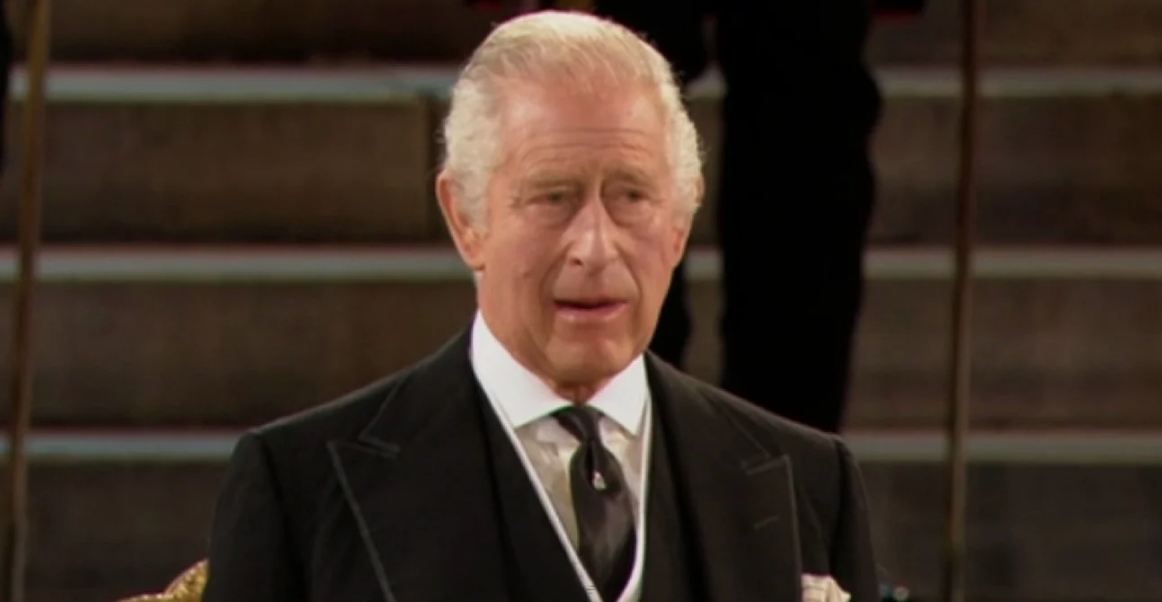 “People should not worry if they have coins with the Queen on. We will keep those coins in circulation,” Mrs Jessopp told the BBC. “We are seeing people moving to different forms of payment, but people really like to use coins as well for lots of different reasons.”

Sculptor Mr Jennings added: “It is the smallest work I have created, but it is humbling to know it will be seen and held by people around the world for centuries to come.”

A commemorative £5 coin has also been created that features two new portraits of the late monarch on the back.

Chris Barker, from the Royal Mint Museum, described the portrait as “dignified and graceful”.

He told Sky News: “I think if you look back on some of the portraits of Elizabeth – particularly her first portrait by Mary Gillick – it was much more idealised.

“This one is much more of the man himself, of the individual, you see the lines in his face, the years of experience, and that humanity coming across.”

What do fans think?

Opinion on the new coins has already been divided.

One disappointed royal fan tweeted: “Oh dear… that’s not good, is it. Was there a Blue Peter competition?”

“My Goodness he looks like he’s seen a Ghost…. he might make my grocery shopping disappear,” said a second.

Another wrote: “That looks awful – sorry but it does. The queens side portrait was cute, this looks wrong!”

However, another complimented the design, saying: “A great design. Will miss the Queen though.”

Meanwhile, a second added: “I am amazed that the new King’s portrait has been produced so soon.”

When will his coronation be?

Meanwhile, the King is currently in the midst of planning his coronation.

It’s been claimed that Charles could decide to hold the event on a day to mark the memory of his mother.

As a result, it’s thought Charles could decide to be crowned on the anniversary next year.

However, it’s thought that Charles will be keeping an eye on the budget.

One royal source told the Mirror Charles is “very aware” Brits are currently facing a cost of living criss and his coronation will reflect this.

The insider explained: “He has already spoken of his wish to continue his mother’s legacy. This includes continuing to recognise what the people are experiencing day by day.

“The King has long been an advocate of a streamlined or slimmed-down monarchy and this project could certainly be said to fit with his vision.”

What do you think of the new coins? Head to our Facebook page @EntertainmentDailyFix and share your thoughts.