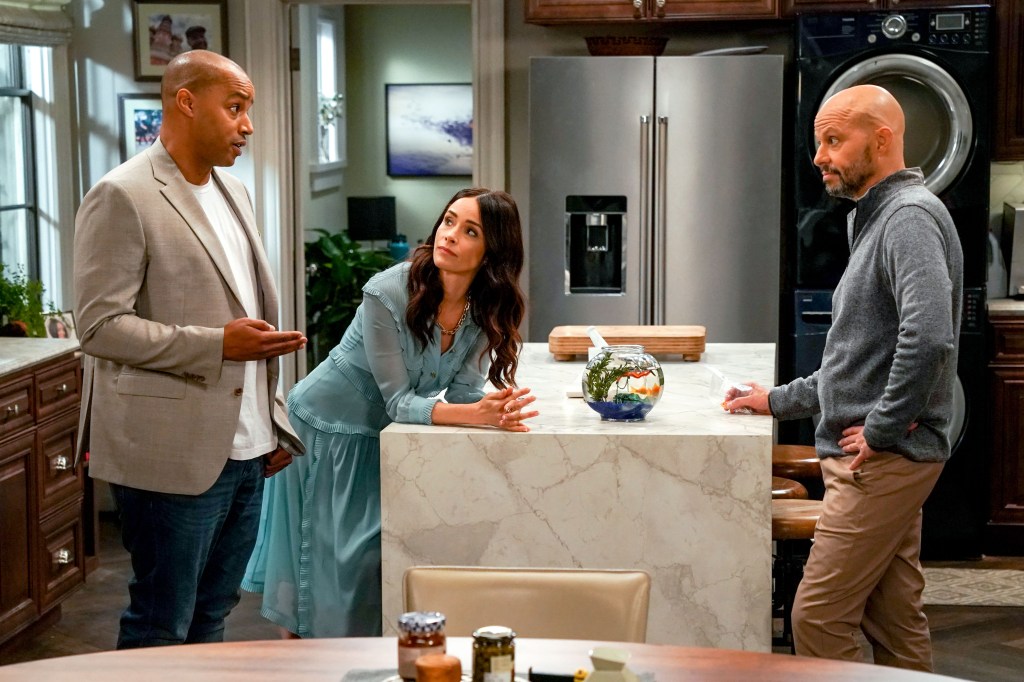 Jon Cryer, Donald Faison and Abigail Spencer star in the untitled series, which Deadline understands is being lined up for next broadcast season.

The series follows Jim and Julia, who, after an amicable divorce decide to continue to raise their kids at the family home while taking turns on who gets to stay with them. Navigating the waters of divorce and child-sharing gets more complicated for Jim when the owner of his favorite sports teams enters the picture and wins Julia’s heart.

Two and a Half Men alum Cryer, who also exec produces, stars as Jim, a good-natured, sarcastic yet sincere corporate compliance officer who gets along famously with everyone including Julia, with whom he shares a close bond characterized by lots of laughter and warm feelings.

Mad Men alumna Spencer, who recently recurred on Grey’s Anatomy and starred in NBC’s Timeless, plays Julia, the successful owner of her own crisis management firm.

The project was one of six NBC pilots for off-cycle consideration alongside comedies Lopez v Lopez, which was picked up to series in May, and Hungry, the Ariel Winter-fronted, Demi Lovato-exec produced project that didn’t get picked up.

On the drama side, Found starring Shanola Hampton, was previously picked up to series, Unbroken, starring Scott Bakula and Blank Slate, were passed on. The Irrational is still in consideration.

EVERYDAY CARRY: Defined
Nick Cannon Hospitalized With Pneumonia, He Reveals, As He Awaits Baby 13: ‘I Guess I’m Not Superman’
Gifts For Readers 2022: The Best Bookish Gifts Under $30
9 Winter Outfits to Keep You Looking Cool All Season
Cookbooks for an unforgettable holiday meal