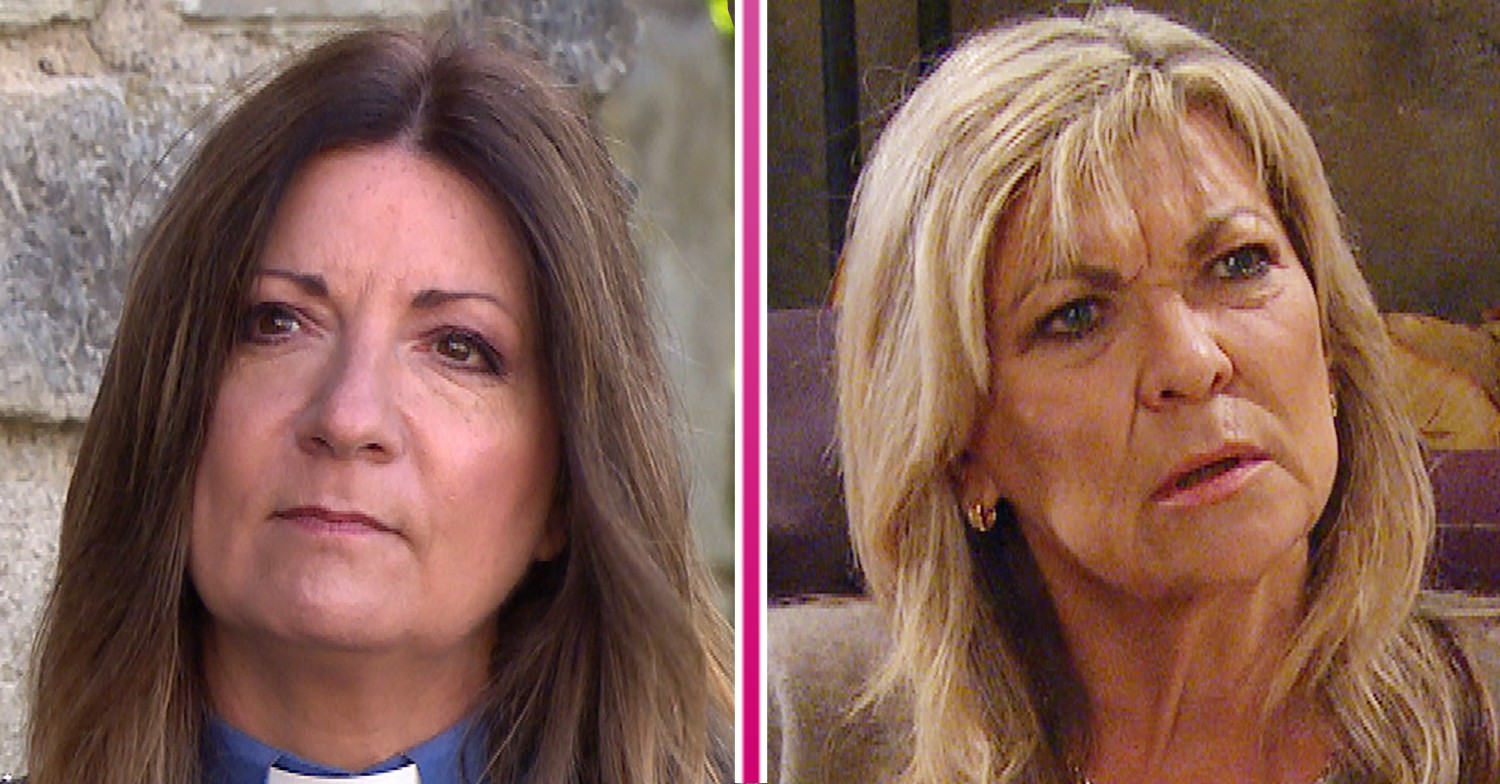 Meanwhile Sandra gets Liv drunk as she prepares to steal all her money.

All this and more in tonight’s episode of Emmerdale.

Dawn, Billy and the kids recently moved back in with Harriet after falling out with Will‘s fiancée Kim.

Kim tried to make amends with Dawn, but it’s clear she’s done with her soon-to-be stepmother.

Tonight Harriet bumps into Will and reminds him that he could lose Dawn for good if he goes ahead with his wedding to Kim.

Once Kim gets back to Home Farm she’s furious to find out Harriet has been interfering in her relationship.

She goes to see her and threatens her, telling her she needs to stop getting involved.

Vinny rules out fighting for his marriage and Mandy is heartbroken for her son.

Later at The Hide Sandra makes a show of how difficult it is to stay off alcohol during hard times, leaving Liv tempted.

Back at Home, Sandra is secretly thrilled to see Liv has started drinking again, but she pretends to be upset.

Soon a drunk Liv lets slip about her ever-growing savings account, so Sandra decides to give her more alcohol, planning to steal from her bank account.

Liv ends up falling asleep whilst Sandra sets on her sights on accessing Liv’s bank account.

She’s ready to clear it. Will she take all of Liv’s money?

Kerry gets Dan involved in her plan

Kerry convinces Dan to help her with her plan to break up Noah and Amelia.

Soon Charity ends up getting involved, but will Kerry’s plan backfire on her?

Matty is uncomfortable as Suzy tries to have a conversation with him.

Later Suzy turns up to Holly‘s remembrance do and Matty tries to hide his resentment.

But when Suzy asks Moira if pays her respects to Holly, Matty can see how grateful his mum is.

He starts to feel regret for what he did to Suzy, can they build bridges?

Lucas Till, Ruby Rose, Tyrese Gibson & Don Johnson Set For Yale Entertainment’s Action-Thriller ‘The Collective’
Days of Our Lives Review for the Week of 11-28-22: The First Abortion Story in Years
How Far the Light Reaches
U.S. Falls To Netherlands 3-1, Eliminated From World Cup In Knockout Stage
Happy Valley And Motherland In BBC’s Christmas TV Line-Up This Year