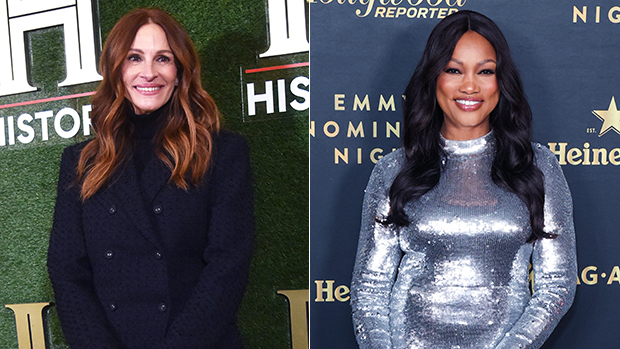 Julia Roberts, 54, is determined to help out Garcelle Beauvais, 55, in her love life. The two actresses met at the HISTORYTalks 2022 event in Washington D.C on September 24, where the Oscar winner promised the Real Housewives of Beverly Hills star that she’d set her up with a worthy significant other.

“I just met Julia Roberts. She said, ‘Oh my god, I need to find you a boyfriend. I’m invested in this,’ ” Garcelle told Entertainment Tonight at the event. “And I said, ‘I can die now. I don’t even need the boyfriend.’ ”

Garcelle also admitted that she was surprised Julia even knew who she was when they crossed paths at the event. “She said ‘I need a moment’ when she saw me, and I was like, ‘You? I need a moment!’ ” Garcelle recalled.

Julia confirmed that she’s all about playing Cupid in Garcelle’s love life. “She needs a boyfriend!” the Ticket to Paradise star told ET. “I’m going to be thinking about it all day.”

Garcelle has been single for a while since her marriages to producer Daniel Saunders and talent agent Mike Nilon. The mom-of-three has tried dating on RHOBH, but nothing has stuck. Garcelle opened up about her love life to People in April 2022 and explained why she’s looking for the right partner. “I don’t want to just bring anybody in as a seat filler. I really it to be the person. I feel like we put so much pressure on women to have a man, be married, have kids. Can we just live our lives?” Garcelle said.

On the flip side, Julia has been married to cinematographer Danny Moder, 53, since 2002. The couple just celebrated their 20th anniversary and Julia posted a sweet photo of the pair kissing to commemorate the occasion. Hopefully, Julia can pass on some great relationship advice to Garcelle!

Julia Roberts’ Husband: Everything to Know About Daniel Moder & Their 19-Year Marriage