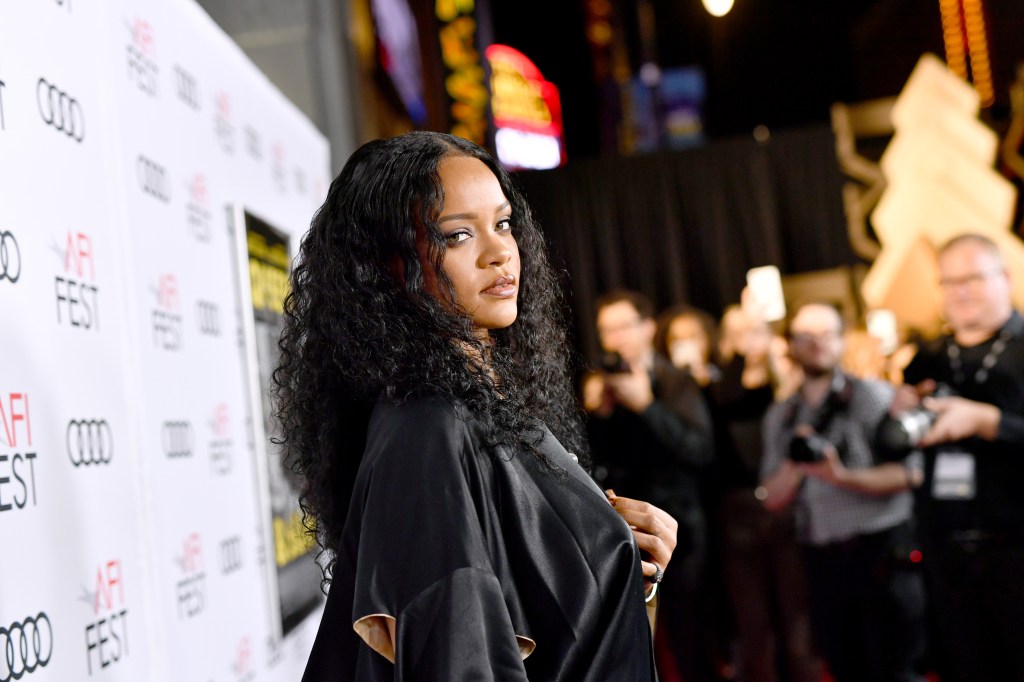 Rihanna will be the headliner at the next Super Bowl Halftime Show for Super Bowl LVII, which is set for February 12, 2023 in Glendale, AZ.

The nine-time Grammy winner posted on her social media channels with a less-than-cryptic photo of her holding up an NFL football. Roc Nation, her management company headed by Jay-Z who is also part of organizing the massive NFL halftime showcase, retweeted it soon after. Fox, which is handling the 2023 broadcast, later confirmed it.

Rumors about Rihanna been swirling since Thursday, when the NFL announced that Apple Music would become the new sponsor of the Super Bowl Halftime Show beginning in 2023. The streaming service from Apple will be taking over from longtime sponsor Pepsi, who was behind the previous Super Bowl show headlined by Dr. Dre, Mary J. Blige, Snoop Dogg, Eminem and 50 Cent at this year’s NFL championship game at L.A.’s SoFi Stadium.

It’s unclear whether Rihanna will perform alone or have other headliners alongside like this past year’s show in L.A. Recent performances include The Weeknd; Jennifer Lopez and Shakira; Maroon 5 with Big Boi and Travis Scott; Lady Gaga; Coldplay, Beyoncé, Bruno Mars and Mark Ronson; and Katy Perry, Lenny Kravitz and Missy Elliott.

The pop star could certainly handle the load alone with 60 million albums sold to her global fanbase and 14 career No. 1 singles. She also created the fashion and Fenty fashion and beauty brands.

Susan Cookson in Emmerdale: The Wendy actress has had another role in the soap
“LOTR: The Rings of Power” Is Adding 14 New Cast Members in Season 2
Jennifer Lawrence R-Rated Comedy ‘No Hard Feelings’ Shifts A Week Away From ‘The Flash’
Emmerdale fan ‘works out’ how Chas Dingle will get away with cheating on Paddy
Lauryn Shannon Alleges Abuse Against Step-Father, Says TLC Helped Cover It Up