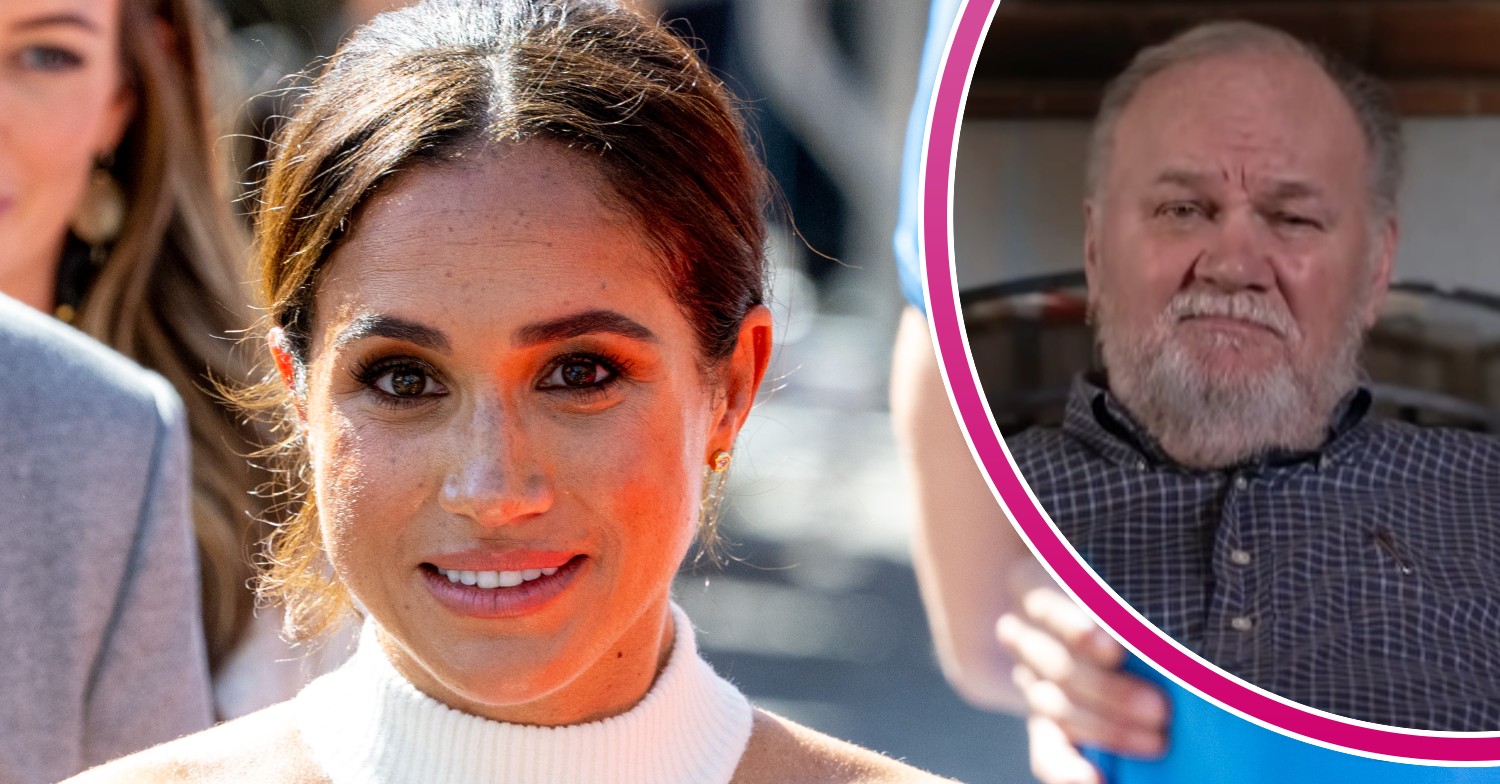 Meghan Markle’s half-brother has begged her to heal the rift with her family in latest news.

It’s believed that the Duchess of Sussex has not been in contact with her estranged father Thomas Markle and her half siblings since before she wed Prince Harry in 2018.

The fallout was believed to have happened after a row over staged photos taken before her wedding to Harry. As a result, Meghan has reportedly not spoken to her father since.

Now Meghan’s estranged family has pleaded with her to heal their relationship. The plea comes as father Thomas Markle has been ill. His health is reported to be on the mend. However, he continues to attend speech therapy and still has some recovery to do.

Speaking in an interview Thomas Jnr, Meghan’s half brother, told the Sunday Mirror: “We both watched clips of the Queen’s funeral together. I was overcome with emotion at how every person spectating was honoured to be there and respectful.”

After seeing Meghan alongside the royal family, Thomas Jnr addressed her directly: “Dad treated you like a princess your entire life and deserves the respect. You didn’t call him for his heart attacks or stroke, but it’s never too late.”

Furthermore, he then begged for her to make amends: “I’d like to send this invitation for her to do the right thing and make amends with her father.”

However, it came with a condition. He explained that she also needs to “make amends with our sister Samantha and myself”.

He added that “it’s never too late to do the right thing”.

Meghan and Harry attempt to heal rift with King Charles and Camilla?

Healing alleged rifts isn’t completely out of the question, as reports state Prince Harry and Meghan have been keen to make peace with King Charles and wife Camilla.

Earlier this year, Meghan and Harry flew from their home in the US for the opening of the Invictus Games. Whilst stopping in the UK, they reportedly extended an olive branch to Charles and Camilla. However, the offering left the senior royals “bemused” rather than resolving their differences.

Prince Harry allegedly looked to end the royal ‘rift’ by using a “mediator” to “try and sort things out”.

Reports suggest the request left Charles “bemused” and Camilla “spluttering into her tea”.

Writing in her upcoming book The New Royals: Queen Elizabeth’s Legacy and the Future of the Crown, Katie Nicholl said she spoke to a “family friend” about Harry’s meeting with Charles.

It’s claimed Charles requested the meeting so that “Harry wouldn’t be able to sweet-talk her [the Queen] the way Prince Andrew had”.

The meeting wasn’t all making up and apologies though. The family friend claimed: “Harry went in with hugs and the best of intentions and said he wanted to clear the air. He actually suggested that they use a mediator to try and sort things out, which had Charles somewhat bemused and Camilla spluttering into her tea.”

She wrote that this is evident in Charles making sure Harry and Meghan were “by the family’s side” at the Queen’s funeral.