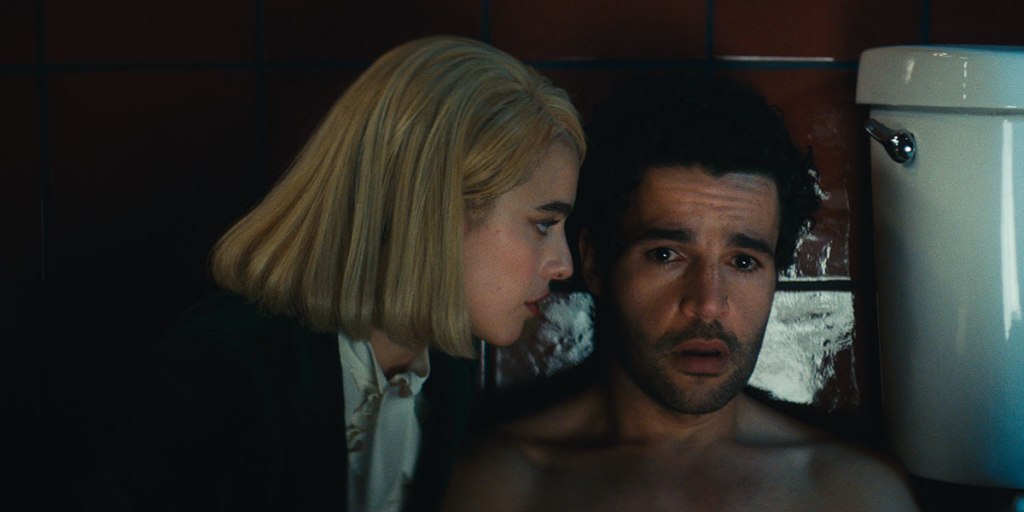 The challenge and opportunity of transatlantic production was the subject of a session at the Zurich Summit this morning, with the panel comprising Bert Hamelinck, head of films and global MD at Belgian-U.S. film and TV group Caviar, CAA Media Finance’s Benjamin Kramer, Elysian Film Group CEO Danny Perkins and Hype Studios founder Ilya Stewart.

Russian producer Stewart is riding high with latest production Sanctuary, which this week sold to Neon label Super for the US. The genre film, starring Margaret Qualley and Christopher Abbott, is an example of a US-European collaboration.

“Sanctuary started out with Rumble Films in the U.S. We came aboard with French sales firm Charades, putting together pre-sales and equity. It was a relatively low-budget and a great festival premiere was essential.”

The movie world-premiered at Toronto, where it earned strong reviews (it currently holds a 93% “fresh” rating on Rotten Tomatoes).

Stewart acknowledged that another of their recent titles to go into production, Limonov, starring Ben Whishaw and directed by Russian helmer Kirill Serebrennikov, posed a different challenge and made more sense as a European production. “The minute we started assembling it, the industry changed. It was an auteur director so needed a lot of finance from Europe. Those movies aren’t being financed as much at script stage.”

Hamelinck discussed his experience working on The Diary Of A Teenage Girl: “I often work in the most endangered category: first time films. People tried to make The Diary Of A Teenage Girl for years but it was a difficult subject. There was a reason a European actor was prepared to take it on in the lead role [Bel Powley and Alexander Skarsgård]. The more you can tap into different sources of funding but keep control, that’s very  important for the talent. For many young actors they need to defer everything.”

Noting a key difference between Europe and U.S., he added: “I’m still amazed how hard it is to get development money for scripts in the U.S.”

Kramer countered: “I don’t think there’s a resistance to it. I think thre’s a resistance to the price point. We have the structure of the studios so writers are giving up an opportunity if they enter long developments because they can earn hundreds of thousands just doing a polish on a studio script.”

The panel agreed that U.S. exposure remains key for an international film’s journey.

Perkins commented: “When I was at Studiocanal we had many U.S. partners that came on early. It’s still a market of 330 million people. Those huge P and A commitment days may be gone but there is still great value. The U.S. sets the bar and is still the premier market you want to crack. To do anything of scale you need to look beyond your borders. Our latest movie Greatest Days has equity finance from Europe, a U.S sales company, Greek finance, you have to be prepared to combine to get scale.”

Hamelinck concurred: “Creatively, it’s vital to get that U.S. recognition. Look at the foreign language Oscar category. The films are getting better and better. That’s still a bigger platform than anything in Europe. Likewise, a film at Sundance opens many doors. My main motto in putting together these projects is ‘don’t give up, don’t ever give up’. You’ve got to keep going when trying to put these films together.”